Developed by Infinity Ward and published by Activision, Ghosts is the latest instalment in the popular Call Of Duty franchise.Best known for it’s highly addictive online multiplayer, Call Of Duty: Ghosts also offers a campaign mode that sends players on an action packed, globe trotting adventure.

The tried and true online multiplayer formula that fans have to expect remains relatively unchanged when compared to past iterations. Whether or not you’ll be happy hearing this will obviously depend on how much actual “innovation” to the core formula you were expecting.If you’re quite content to be playing a very familiar multiplayer experience, but one that offers a new coat of paint, a variety of new weapons and maps, then there is more than enough here to keep you coming back.

Call Of Duty Ghost, like many AAA video games often resulting in the game failing to meet expectations in areas it perhaps ought to excel in

However, those hoping for the latest game in the Call Of Duty franchise to mix things up a bit by offering them something completely new will be unsurprisingly disappointed.Lag, errors during matchmaking and other such typical online problems are present here, but expect most of them to be ironed out before too long.

Call Of Duty Ghosts takes a much more arcady approach to it’s gameplay, especially in comparison to Battlefield. However, the gameplay is action packed and for the most part very enjoyable.Most of the weapons in their respective classes vary only slightly from one another in terms of handling, meaning that even if you find a preferred assault rifle, SMG or sniper rifle, you’ll have little trouble getting used to using the various versions available throughout the game.The AI in Ghosts is pretty awful at times, especially on the normal setting. 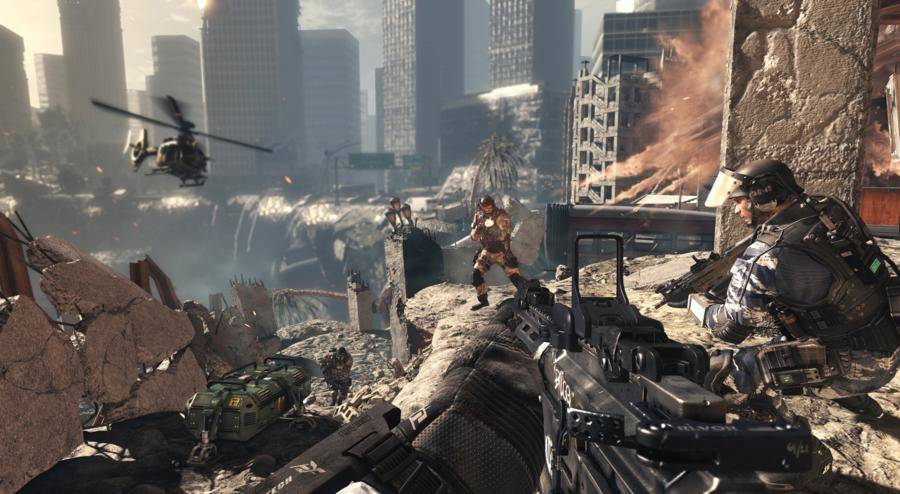 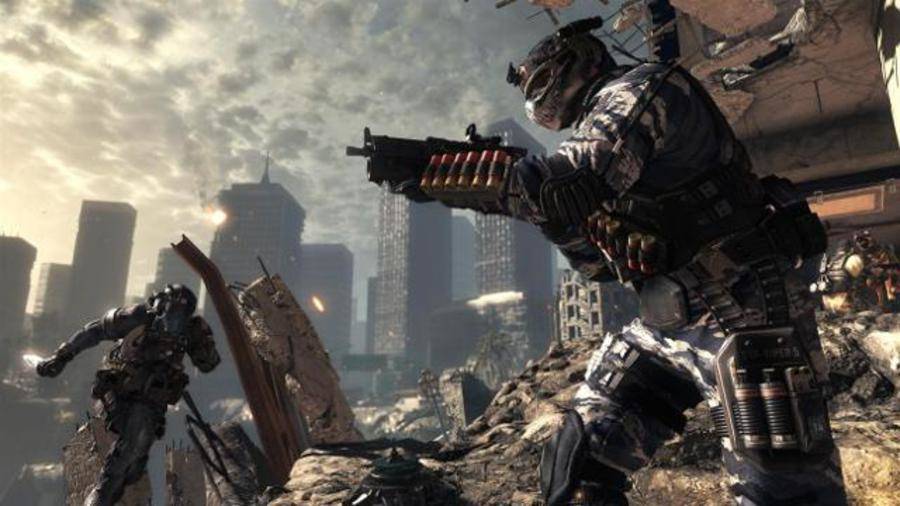 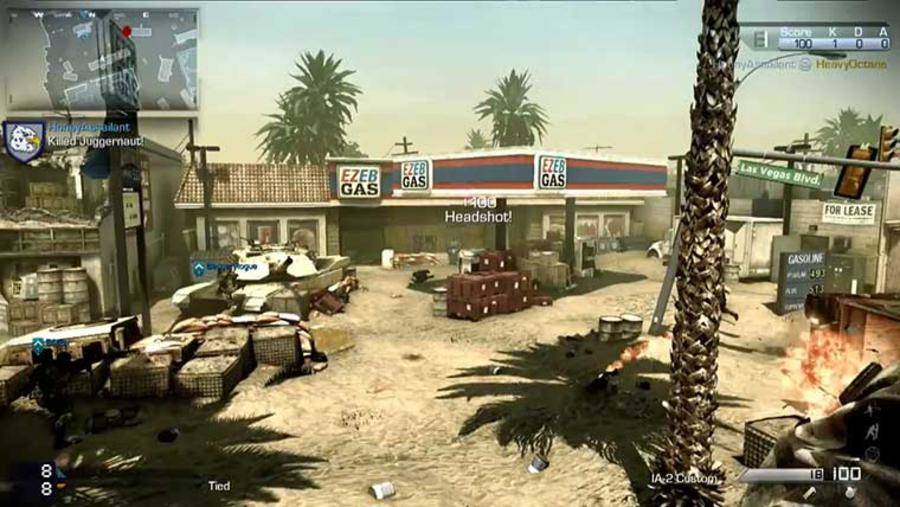 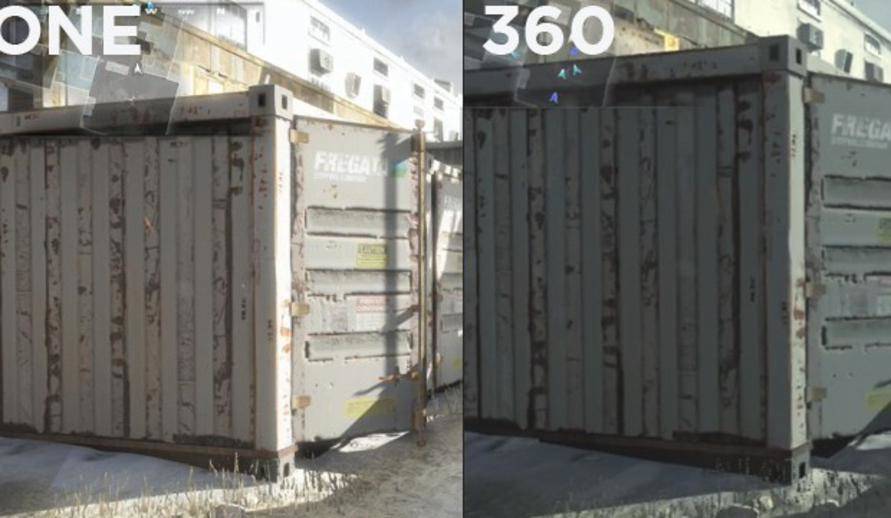 Most of the enemies will run out directly into your line of fire, turn their back on you and seemingly ignore everyone but the player character, and friendly AI will often walk directly in front of your line of fire.The gameplay sections that allowed for you to take control of Riley, the dog that caused so much contreversy when Ghosts was announced earlier this year, were some of the most enjoyable, but sadly they are far and few between.

The Story of Call Of Duty: Ghosts takes place in an alternate timeline from previous games, focusing on a South American attack on mainland USA by forces known as ‘the Federation’.The game starts off with Elias telling his two sons (Logan and Hesh) about the legend of how the Ghosts first appeared, a group of super elite soldiers hardened by their time on the battlefield. Meanwhile, in space of all places, the Federation is busy hijacking a space station in order to take control the Orbital Defence Initiative (aka ODIN) which they then use to attack mainland USA.

The plot has you fighting an ex-special agent that wants nothing better to wipe out your unit, and saving the world across a number of high octane battles. It’s a more personal story than in other Call of Dutys, but those  that don’t like the effect-a-second gameplay will still not be impressed.

Call Of Duty Ghost, like many AAA video games, attempts to do a little of everything, often resulting in the game failing to meet expectations in areas it perhaps ought to excel in.Die hard fans of the franchise will no doubt enjoy all that the latest title has to offer, however newcomers may be left feeling that the game is lacking some polish in certain areas.