Every year there is a deluge of First Person Shooter games, each one with their own level of hype around them and expectations from the developers and publishers as to how they’ll perform. The market has erred on the side of more arcade, fast-paced action of late much in the vein of the uber-popular Call of Duty series. For years now, the yin to the yang of Call of Duty has been the Battlefield games and for good reason — the Battlefield games show that games within the same genre can be very, very different. Battlefield games tend to emphasize bigger maps, utilizing vehicles and more of a strategy-over-brawn methodology while Call of Duty games tend to emphasize the whole Rambo, Army of One type of gameplay.

They both have their merits and honestly, I can say that I enjoy both types of gameplay equally. Call of Duty and Battlefield are different tastes of the same breed. It is like saying that you like pizza; there is more than one type of pizza and it can vary from region-to-region and shop-to-shop. This being said, Battlefield 3 was one of the best shooters within the past few years and offered an experience that was hands-down way above any of the competition. The more tactical style of gameplay was something that we’d seen in the past, but saw perfected in the third installment of the Battlefield franchise, proper. 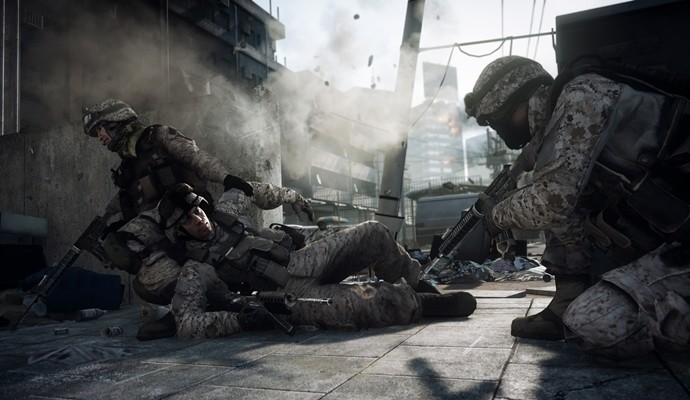 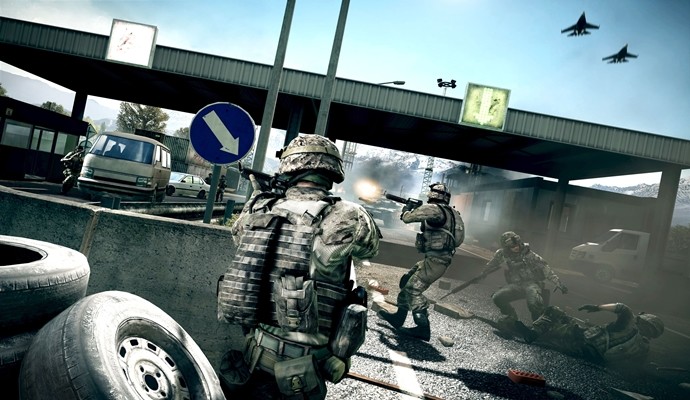 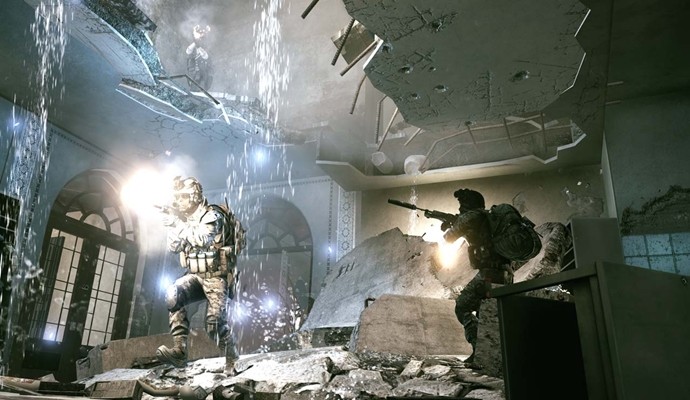 There were a lot of debates around the time of release of whether Battlefield 3 or Call of Duty: Modern Warfare 3 was the better game and while that is an entirely subjective decision, I will argue this; Battlefield 3 is still going strong and is one of the more popular games within the world of online FPS games and it is now about a year and a half old, something that we’ve not seen in the age of yearly-installment shooters. Of course, Call of Duty saw a new installment released which was arguably a much better product than the predecessor, while EA’s Battlefield 3 follow-up was the much-maligned Medal of Honor: Warfighter.

Battlefield does so much right, though, when it comes to online gameplay. I’m a firm believer that good maps are the most crucial part of making a FPS game a success and Battlefield 3 has some truly great maps right out of the box. Each map feels like its own contained world, offering varying types of play to adjust to the ebb and flow of that particular map. Things are very much sectioned off on the console versions due to limited number of players on each map, but it just helps to make things feel more vast and varied over the course of the play time. Playing a game of Battlefield 3 online is a commitment, not something that you can just pop in for a few minutes while your girlfriend is getting ready to go out. You can have some truly epic matches if everyone is playing tactically and have some really tense moments.

The weapons are balanced in a way that there isn’t simply a “best” weapon in each category, but instead you’ll find a weapon in each that suits you best and you’ll grow to like it. The vehicles have varying learning curves involved with them, as tanks and most land vehicles handle like you imagine they would and some of the air vehicles are incredibly difficult to pilot. Each helicopter handles differently and the jets will take some serious practice to master, but it is worth it. By far, the weakest part of the game would have to be the matchmaking. The method they used works well on the PC, but on a console it can be a bit cumbersome. Things especially got odd when they started renting out servers and it became difficult to find matches that weren’t plagued by odd rules, random kicks by mods for using certain weapons and varying levels of respawn tickets.

The graphics in this game are, well, they are good for a console version. You’ll need a lot of disc space for this game’s updates, which is a pain sometimes and on top of that you’ll have to install the huge HD texture pack off of the disc to get the game looking better. The framerate is probably the most difficult thing to get used to as there is simply so much going on that it was impossible to get that Call of Duty 60 frames-per-second feel without sacrificing visuals and destructible environments.

The sound is really one of the game’s strongest points. If you aren’t playing this with a decent surround sound system you are robbing yourself of a truly immersive experience. The bullets whiz past you and you’ll hear every ding and thud of bullets landing on surfaces. The crack of a sniper’s rifle from the distance will send chills down your spine as will the sound of incoming ordinance.

The voice work in the online portion of the game is minimal, which really does work. You are informed of when something is going on with the objective, when it is time to move up and your teammates will shout out at certain things, like when a sniper takes someone out. It does a great job of capturing the chaos of the battlefield while now being too overwhelming.

This is the culmination of hard work and trial-and-error within the Battlefield series from DICE and it all came together quite neatly within the package that is Battlefield 3. I would say that without a doubt, hands down, this is the best first person shooter for your money on this generation of consoles. Even without purchasing the map packs you’ll find the online to be immersive, addictive and you’ll find yourself wanting more of it all of the time. It is the kind of game that you have to adjust yourself to play other shooters because certain aspects will be different or just downright worse.