Army of Two: The Devil’s Cartel

If there’s one thing EA loves to throw into most of their games, it would have to be cooperative multiplayer.  While there are plenty of co-op games from EA to choose from, the poster child of EA’s favourite gameplay style would probably have to be the Army of Two series.  Even though the franchise has had mixed reviews, the third entry in the series, Army of Two: The Devil’s Cartel, manages to be a fun, but forgettable, experience.

The new Army of Two game focuses on the two new mercenary recruits, Alpha and Bravo, as they fight their way through a vicious gang to find and protect an important Mexican politician. 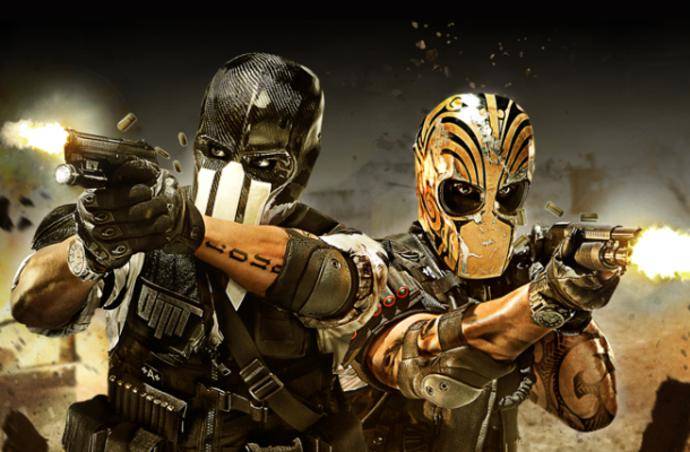 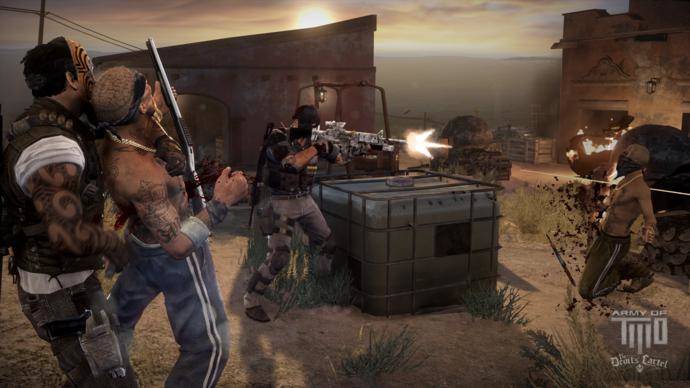 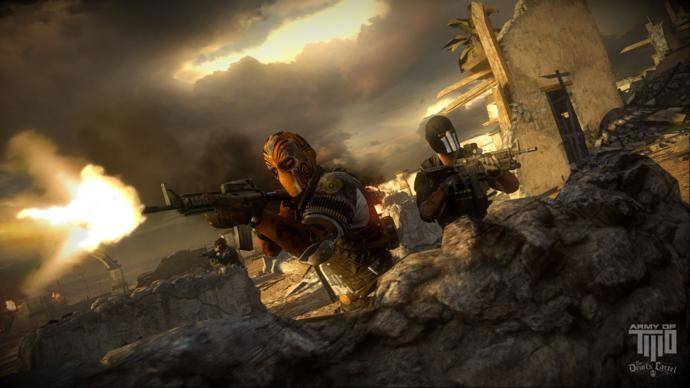 Devil’s Cartel is essentially a generic action story that serves only to throw the protagonists into one firefight after another until finally resolving the problem; in short, it’s just going down the standard action-movie checklist.  Like the plot and the premise, the characters are also generic as well.

Alpha and Bravo’s personalities’ are exactly like their names. Every other character falls into this trap too.  All allies are mostly just for show up until the point where they get shot and the villains look and act like they came out of an old James Bond film.

Given the eccentric villains and the new Super Bros taking over as the protagonists, there was one character that surprised me: Fiona.  She is the only female in the game and is not only proportioned normally, but is also dressed properly as well.  This is very surprising considering the rest of your adventure practically leaks testosterone.

Since the story is only a means to go from one fight to the next, the focus of the game is co-op shooting and over-the-top action.  Devil’s Cartel plays like a standard cover-based shooter, and for the most part the controls are solid except in one very important area: cover.  Taking cover requires the player to press A next to an object or wall, but that isn’t what’s difficult. The problem is with staying down.

The player can move around to get a better angle and sprint to another piece of cover with the press of a button; sometimes this works, sometimes it doesn’t.  There were too many occasions where I would gently press the left stick to get Alpha to move along cover only to have him put himself in harm’s way.  This is more of an annoyance than a game killer because the game tries to force players out of cover every chance it gets.

The problem with most cover-based shooters is that players can get away with playing turtle on one piece of cover for most of the fights. Devil’s Cartel has a certain amount of destructible environments, so that isn’t always an option (although you’ll find the occasional safe haven).

Devil’s Cartel encourages strategy in not just positioning, but how players work together offensively.  Headshots and melee kills will earn one player points, but co-op actions, such as suppressing and flanking or being a decoy to bring enemies out of cover, offer points to the group.  Playing smart and racking up bonuses not only give players a score for the leaderboards, but fills up a special attack meter.

A unique feature of Army of Two: The Devil’s Cartel is the overkill mode, which gives the players temporary invincibility, unlimited ammo, and increased damage from weapons.  It is fun to throw caution to the wind and go on a quick rampage, and there are times where it can save the players from death, but it does feel overpowered and is contradictory to the strategic co-op focus of the game.

You’ll also end up using something called Two Vision.  This highlights enemies, objects of interest, and even suggested routes.  This feature is practically useless since most enemies go out of their way to make themselves known and levels are very linear.

Army of Two does provide some decent set pieces that are complimentary to the co-op focused action.  Easily one of the best ideas used in the game happens in the catacombs level.  Since the area is extremely dark, one character must carry a pistol with a flashlight attachment to light the way while the other character must follow and try to protect him.  Too bad nothing else is nearly as creative as this, regardless of how enjoyable they are.

There are a few boss fights scattered throughout the adventure.  These are bland and joyless. During one of the fights, the boss has a habit of taking cover behind explosive red barrels and goes down fairly quickly.  On another, Alpha and Bravo are about to take on a highly trained assassin, a man who has been killing their teammates since the start of the game using only superior skill and tactics. You fight him while he drives in an armored truck.

Army of Two: Devil's Cartel is fun while it lasts and is better with a friend, but once the campaign is over and done with, there's nothing else to do.

Those that choose to play through this game alone will be pleased to know that Bravo’s A.I. is actually quite useful.  Somehow the developers found some middle ground with the friendly A.I. in which he won’t constantly get himself killed nor will he be taking out every enemy on his own.  Enemy A.I. on the other hand, is fairly dumb and predictable, so challenge is based solely on numbers.

Between missions, players have the ability to use funds to customize their mercenary and weapons.  The character customization is very limited and focused only on aesthetic, but customizing weapons is mostly for functionality.  It is very enjoyable to doll up your favorite gun to make it more powerful and efficient. The game also lets the player test out the upgrades before bringing it onto the field.

Aside from some flaws, the gameplay is fun and the game has a decent length of about seven to eight hours, but once the campaign is finished, there isn’t much else to do.  For players who didn’t play the game in co-op, they can take it online to get the co-op experience, but even that offers little replay value.

Graphically, the game is passable and never does anything to wow or disgust the player. Animations are about the same.  There are a few textures that could use some more work, but it’s not a big deal.  The focus of the presentation is obviously in the sound design since guns are a huge part of the game; the weapons sound loud and powerful just like they are supposed to.

Army of Two: Devil’s Cartel is fun while it lasts and is better with a friend, but once the campaign is over and done with, there’s nothing else to do.  Even though the cover controls are finicky, the bosses are boring, and the story and characters are generic, the rest of the gameplay makes up for it with explosive action and gunplay.  Anyone with a friend who is looking for some dumb, fleeting fun should give it a rent and nothing more because the replay value does not justify a buy.