The ocean waves beat a gentle rhythm on the beach behind me as I enter the disused bungalow. An idyllic tropical setting, but I’m here as a scavenger rather than a tourist, picking over the wasted scraps of a life once lived. The now deceased occupant lies on the floor with a gunshot wound in his temple.

After picking my way through crates and drawers, I toss my trusty machete onto an old workbench in a side room. With just a few wires and batteries, and of course some duct tape, I soon have a live current running along the length of the blade. And not a moment too soon.

I hear them enter the front room, the telltale groans and scraping of feet that signifies at least three of those foul monstrosities. Electric machete in hand, I stride confidently into the next room. The first of them gets his head split before it even has a chance to react. The next attempts a lunge and loses an arm for the trouble before beginning the awkward dance of a body being treated to 10,000 volts. I keep my momentum heading forward, delivering a swift kick to the third that sends him backward out the door of the bungalow. His head smashes into the railing and the raspy moan stops, his body becomes still. A quick spin and the arm less-dancer soon becomes headless as well. 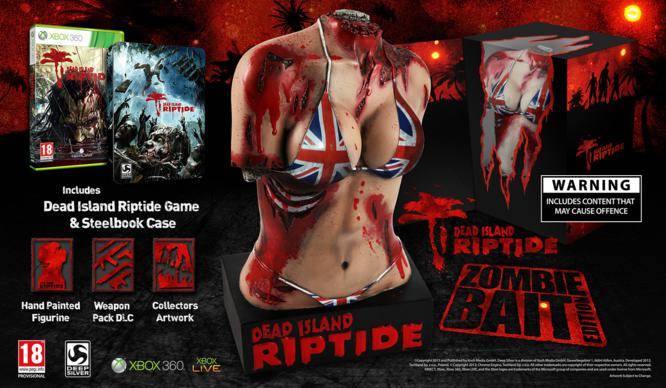 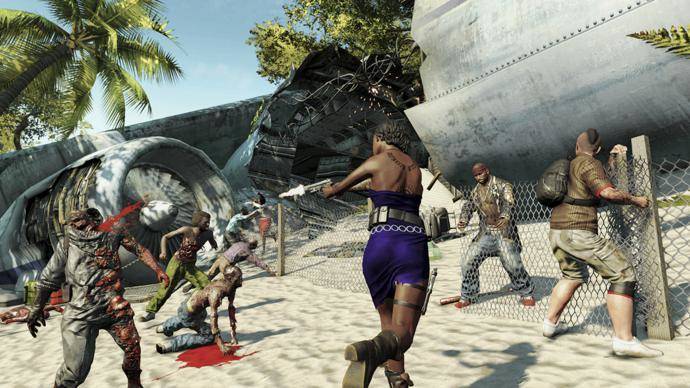 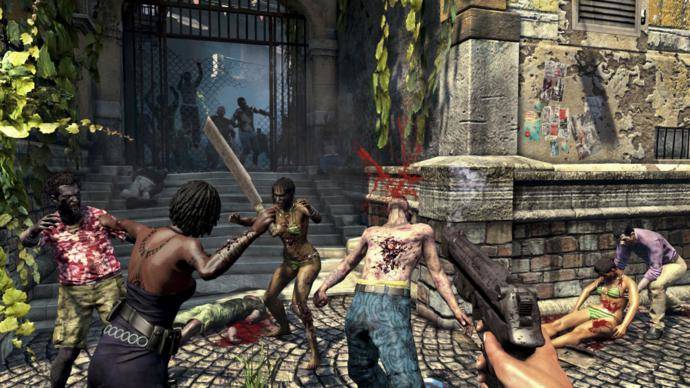 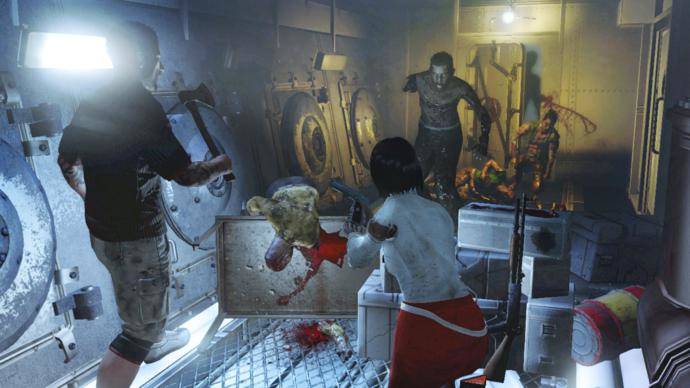 As the adrenaline begins to fade, I sag for a moment and it’s just a moment too long. I vaguely recall meeting the man who rented this beach hut with his wife before everything went to hell. It’s his wife, presumably, who ended his life when he turned…but not before being bitten and retreating to the bathroom. The very bathroom directly behind me that now has an undead woman throwing herself towards me, intent to kill. I fall backwards to the floor swinging wildly but it’s too late, she’s on me and her teeth are biting flesh and I’m bleeding, distantly aware of the fact that my life is well and truly over. As everything begins to go dark I notice a postcard sitting on the floor next to me.

It says ‘Welcome to Banoi.’

The first Dead Island game was love it or hate it affair.  Were you able to put up with the handful of strange bugs? Did you enjoy the focus on first-person melee combat?  Do you like killing zombies and receiving loot?

These are important questions to ask of Dead Island: Riptide, because very little has changed.  The game uses the same engine and has the same focus on melee combat.  You’ll still smash, slice, and shoot your way through thousands of zombies before the credits roll.  If you are anything like me, you’ll spend a good long time comparing weapon stats and figuring out which of the many you pick up belong on your weapon wheel.  You’ll craft a sword that causes zombies to become poisoned, and guns that electrify them on impact.  Sounds familiar, right?  So that’s the million dollar question; did you like the original Dead Island, and want more of it? If the answer is “no” you can safely stop reading, secure in the knowledge that Riptide is not for you.

For the big-time Dead Island fans like myself, the handful of changes made to the game are all we need to hit the beach and separate some walkers from their heads.  The biggest change is obviously the new island Banoi. This game is similar to Assassin’s Creed: Brotherhood in that it takes familiar systems and people and drops them into a brand new place with a brand new story.  It’s definitely like an expansion but it is more than a glorified piece of DLC, so rest easy.  The lower fifty dollar price tag is easy to digest for a fan of the first game.

In addition to the new setting and the new story, a brand new character joins the four survivors from the original game.  John Morgan is an ex-soldier who specializes in hand-to-hand combat.  If you love the idea of punching and kicking your way across an island covered in undead monsters, then John is for you.  He also benefits from the new claw weapons, which turns him into a reasonable facsimile of Wolverine.  His skills that allow for a running kick and an uppercut are frequently hilarious, causing zombies to go flying fifteen or more yards into walls or off ledges, potentially doing massive damage.

This time around, guns are more plentiful than before in case you choose to take advantage of the new character import feature and your original Dead Island character was a gun user.  It still takes a short while before you’ll get a conventional firearm, but you’ll get a nail gun very early on that does respectable damage and lets you retrieve the nails from the corpses of your enemies.

Much of the new island Banoi is covered with water, due to the oft-mentioned monsoon from the first game.  As such you’ll need to use the newly drive-able boats to get around some of the more water-logged areas.  This, along with the fact that tropical storms can kick up at any time and reduce your visibility to zero make the zones more interesting and definitely more terrifying.

Some forum dwellers may have you believing that the graphics in Riptide are so bad that the game would be more at home on the Colecovision than modern consoles.  Luckily, this is nonsense.  The game is no graphical powerhouse by any means, but it seems that some of the textures are slightly more polished than the first time around. By and large the graphics are the same as they were in the first game.  If you thought the first game looked good enough, you know what to expect.

You might be shocked to find out that the audio in this game is essentially the same as it was the first time around as well.  Some new effects and music seem to have been added, and the various zombie groans and screams are just as nerve wracking as they were in Dead Island.  You’ll know to be on your guard when you hear the screech of a Butcher, and the sounds of smacking walkers around with a hammer or slicing them apart with a cleaver is as satisfying as you would expect.

Dead Island: Riptide is more of the same in the best possible way.  All series fans really needed was more zombies and more loot, and the game delivers.  Hopefully we’ll see some big changes when the inevitable Dead Island 2 hits next-gen consoles but for now I am perfectly happy to grab my trusty meat cleaver and fight them on the beaches once again.