6Based on
2 ratings
Login / Register to rate.

Perhaps one of the most controversial games of the last twelve months, Resident Evil 6 split fans and critics right down the middle. While some celebrated the mass return of many of their favourite characters, others were less impressed by an overemphasis on action sequences and linear progression. With four intertwining globe-spanning storylines that have the player face off against enemies old and new, Resident Evil 6 tries to please both the fans that joined them for the mansion incident in 1996 and newer gamers who perhaps joined the franchise with 4 or 5.

Resident Evil 6 allows the player to pick from any of four different storylines. What makes this game so hard to review is that each storyline is slightly different, perhaps offering an emphasis on a different style of combat or against a different sort of enemy. While several of the storylines manage to capture some of what makes the Resident Evil franchise so memorable, the others fail to live up to the hype and crash in a series of time explosions and glitch boss fights. 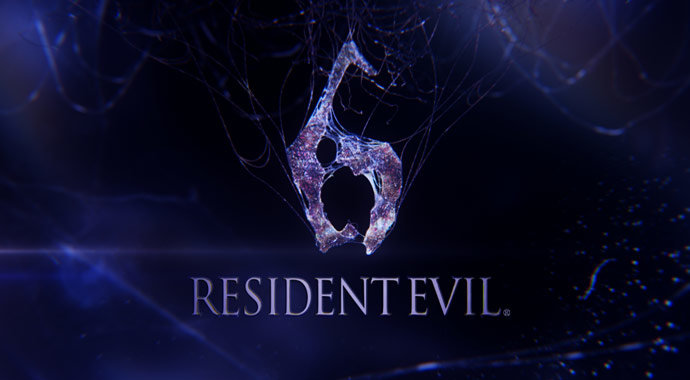 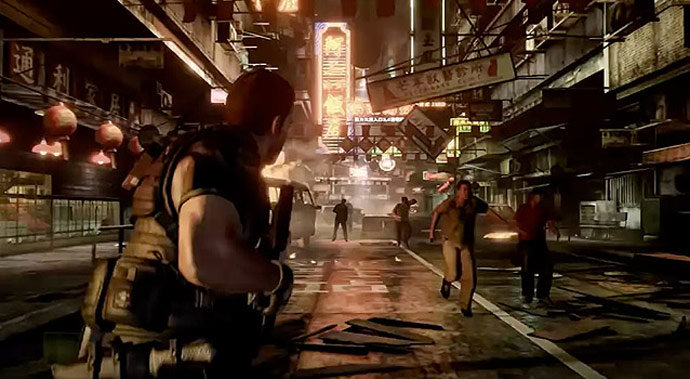 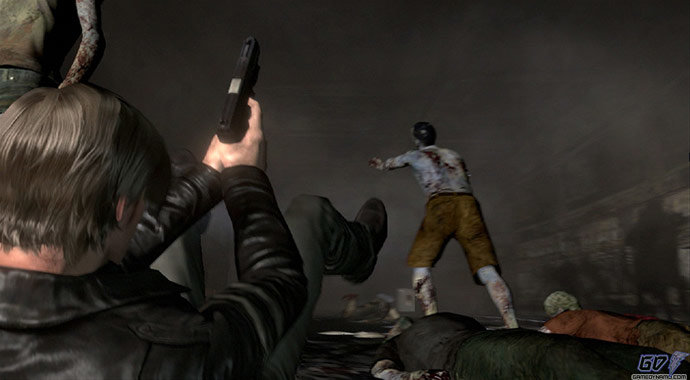 Leon’s story is the creepiest, forcing the player to conserve ammo and tread carefully as they explore catacombs and abandoned buildings. Leon’s section of the game is largely seen as the best and with good reason. It has a great atmosphere, although there can be an overreliance on quick time events. Chris – back after Resident Evil 5, this time without Sheva – gives players a more action- orientated story; this is the section to play if you love big guns and no jumps. Unfortunately, the fast- paced nature of this chapter is let down by an occasionally clunky control system and the occasional mistimed set-piece.

The third chapter allows you to play as Jake, Albert Wesker’s (previously unheard of) son. Jake has inherited some of his dad’s speed and so has an interesting, if slightly underwhelming, hand-to-hand combat system. Jake’s story also has the occasional stealth segment and it’s about as fun as you’d expect from a game that’s not at all built around a stealth system.

Finally you’ll be able to play as Ada, the femme fatale best known for her role in Resident Evil 2. This chapter was previously locked until after all three other stories had been completed, but a recent update unlocked it for everybody.

Resident Evil 6 is best played in co-op mode with a friend in split-screen and even then it has its issues. Playing alone, with backup from a computer controlled ally, can be frustrating, but dishing out a little couch justice after screwing up is as fun as it is in any game with local multiplayer. There are moments where one player might have something to do and the other must sit and watch, but these are few and far between and not nearly as annoying or game breaking as other writers have made out since launch.

As a whole, it’s difficult to knock Resident Evil 6. At least two of the chapters (Leon and Ada) are above average and keep the player constantly interested in moving forward, while the other two are at least passable and worth putting up with to get the whole story. There’s also the matter of length: aiming for that pesky 1000g will probably keep you going for 50 or 60 hours, while the storylines alone will hold your attention for 30. Although storylines crossover frequently, there’s still an awful lot of character-specific content and you never really feel you’ve done anything too much.

It’s only when you look closely at each individual section that the cracks begin the show. Resident Evil 6 boasts forced vehicle segments that feel heavy and out of place, as well as combat and inventory systems that sometimes feel on the side of the enemy. The plot isn’t always entirely serious, but if you were expecting some sort of epic you probably wouldn’t be looking to the Resident Evil series. Overall, the gameplay in Resident Evil 6 can be something of a mess, but within the mess is an occasional patch of perfect and some will find the good worth fighting for.

Like the gameplay, there are moments of real beauty in Resident Evil 6. The characters we haven’t seen since the PS2 era have been polished up nicely and locations certainly have personality. The thing that impresses me the most is how much the developers have managed to get happening on screen without a constant hit to the frame rate. There are moments where you’re in the middle of a ground war and it plays fairly smoothly, only occasionally showing a touch of strain. It’s impressive, not only because there’s so much happening on screen, but because it’s not like this is an ugly title and there’s rarely things that will out and out annoy you off about the visual style.

That’s not to say it’s all clear sailing. There’s more than a few occasions during cutscenes where animation can be off, and that’s just when it’s most noticeable. Enemies can move oddly as well, but it’s not a huge issue. Perhaps the only really annoying problem with Resident Evil 6 is the locations. Gone are the vistas and open spaces of Resident Evil 5, replaced by the dark blacks and greys of military buildings and streets at night. This can give the impression that the series has taken a step back visually, but the occasional neon-lit alley or crowd of zombies soon proves otherwise.

As a series that began on the PlayStation, it’s easy to hear how much the series has evolved over the best part of the last twenty years. Voice acting is far better than it has been in the past, as is the quality of the lines being spoken. Gunfire and other constant player-actions sound like they should and aren’t distracting, whilst the music supports without being overbearing.

There’s nothing very memorable about the sound in Resident Evil 6, but it does its job without any complaints, and in this game that’s an achievement in itself.

Although a full-fledged multiplayer mode would be a little heavy-handed in what is supposedly a survival horror game, Resident Evil 6 isn’t without its fair share of online interaction. Mercenaries mode returns and is as fun as ever, sending zombies and J’Avo at you in constant waves. You can play locally or over the net, and both options make for entertaining play (although, again, couch justice wins out). Mercenaries mode also lets you experiment with all of the player characters and the different weapons on offer, without any pretence of it being anything but full out actions, which feels great in a game that can sometimes only be described as schizophrenic.

If you’re not up for playing more of the good guys, Agent Hunt modes loads you into another players online game and lets you hunt them down. Why Capcom felt disrupting someone’s playthrough would be a good idea, I’m not sure, but there’s an option to turn it off if you choose to and in small doses the mode is quite fun

When Resident Evil 6 came out towards the end of last year, people either loved it or they didn’t – they really, really didn’t. With its flaws, it really is difficult to defend it, but after playing each of the stories and enjoying them for what they are, it’s even more difficult to take an absolute negative stance.

Instead, all I can suggest is that you try it for yourself. It’s an average game – an average game that should have been better – but nowhere near as unplayable as some would have you believe.