The Vita is a treasure trove of titles, offering more or less everything you might want to play within only a few taps of your grasp. Real Boxing is the first of its kind though, and is the sort of game you might not know you want until you see it. With a sharp idea unavailable anywhere else on the Vita, you may be able to overlook the fairly constant shortcomings and see your boxer through to the final belt.

Real Boxing has you create and train your very own boxer. The creation of your character is done when you first start your career. There doesn’t seem to be a huge amount in the way of customization – you’re not going to be able to spend hours crafting a perfect likeness of yourself – but it doesn’t necessarily feel like there’s anything missing.

Focus on visuals has gone into other areas. Real Boxing has been made in Unreal 3, and it looks fantastic. The crowd are realistic, and not just a collection of copies (although that’s largely down to the great lighting, as opposed to anything special with the crowd itself). The fighters, by and large, move realistically and seem decently built. The fact that they actually become more bloodied as a fight progresses is impressive.

Yes, at first glance, there seems very little to complain about.

Although there’s a tutorial involved, your first fight will be something of a learning experience. The controls aren’t massively easy to get used to, and that initial bout will have you getting used to dodging, learning when to throw punches…

Without giving you anything out-of-fight to focus on, and without offering much in the way of variety within the fights themselves, it won't be long before you start feeling you've played too much

It still manages to be fun. Not having perfect control might matter if you want to become the number one player online, but for the career mode it’s more than passable. ‘Real’ Boxing might be a stretch, but it’s a nice approximation.

That could have probably been the tag line for Real Boxing. It’s never as close to a simulation as it would like to be. This is true on almost every level. One of my biggest disappointments is that there’s no real managing your career – even sponsorship feels like a vague afterthought, not unlike a Monopoly chance card. “A company is very impressed with your last fight…” 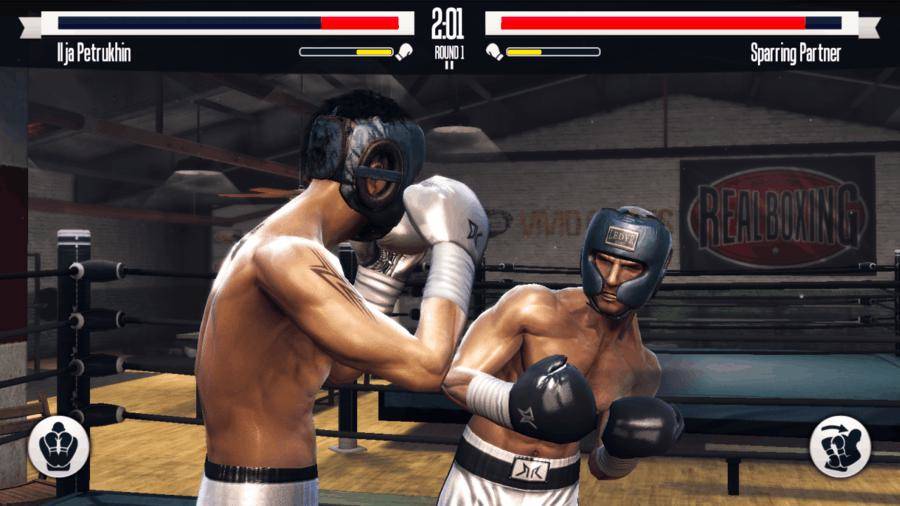 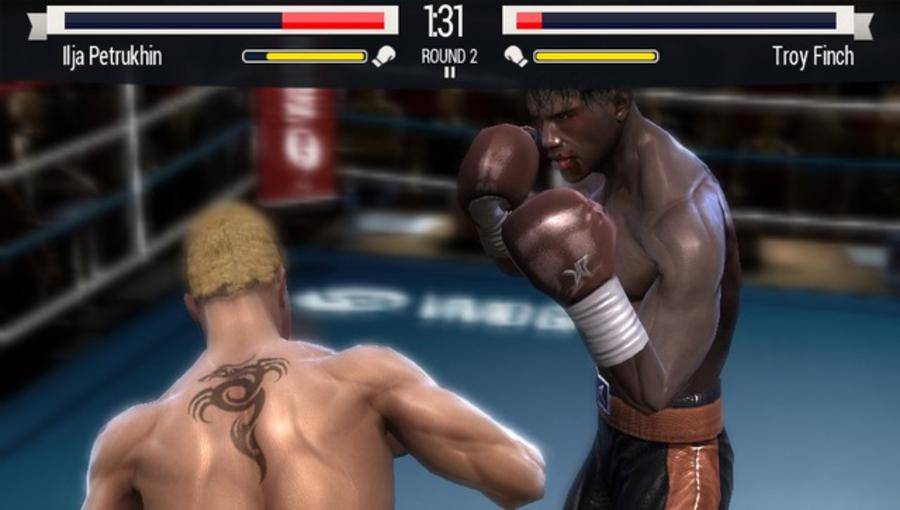 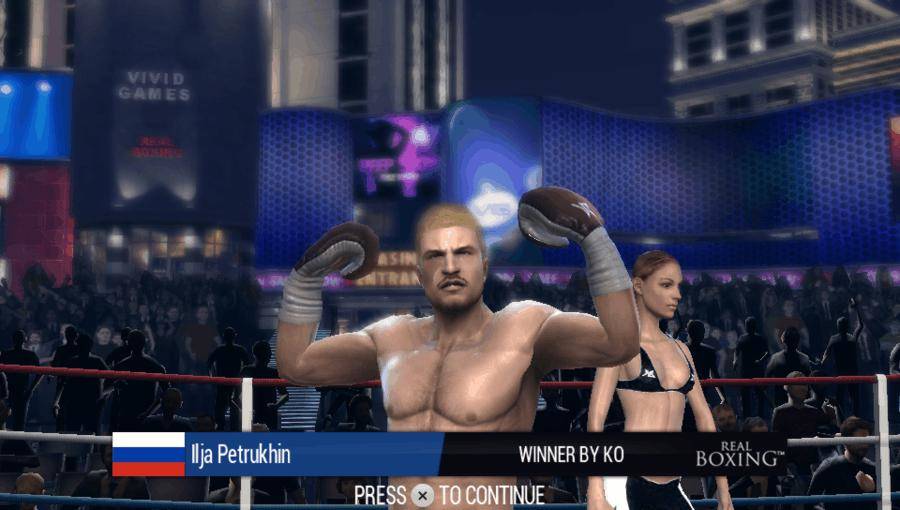 After each bout you’ll earn upgrade points which will improve your skills somewhat. You can also buy these with in-game currency. Levelling your character is very important, as the opponents you’ll face level quickly and you might suddenly find yourself in need of going back over old fights. Except you won’t get as many upgrade points the second time around… This leaves you with only one option: keep playing for as long as you can stick it without much in the way of progress.

This really messes up the pacing of Real Boxing. Without giving you anything out-of-fight to focus on, and without offering much in the way of variety within the fights themselves, it won’t be long before you start feeling you’ve played too much. Sure, it’s the sort of game that you can just pick up from time to time, but it also could be much more.

This isn’t helped by some of the odd things that happen within the bouts themselves. On a purely gameplay level, things are mostly fine (once you have a vague grasp of the controls anyway), but there are some visual glitches that are more than a little annoying.

These can range from mildly odd to both confusing and frustrating. Sometimes your fighter’s arm will bend the wrong way, as if he has an extra joint, against his opponents arm. Other times your blow will just kind of rub along the other fighter, as if the hit marker wasn’t there. It’s odd to see and happens quite often.

At first I thought it was an issue somehow linked to the stamina bar. With each punch, you lose a little bit of stamina until your bar is empty and you must wait for it to refill. An empty bar doesn’t mean you can’t punch, but it won’t do much damage (if any). It’s a way for the developer to stop you from just pounding buttons and, for that purpose, it works, but it also takes away from the overall feel of a fight.

Real Boxing might be a stretch, but it's a nice approximation

And considering your fighter may suddenly get the urge to run his boxing glove through his opponents chest hair just because, it doesn’t seem to have much to do with the stamina bar anyway. Do miss out on a punch that connected become more frustrating the harder your opponents become.

Although harder isn’t really the word. As you progress, you’ll have to spend more time working down your opponents health bar and you’ll need to perfect your dodging. There’s no real personality to any of the opponents you’ll face. Each of them will punch randomly towards you if you go too far away… There are times where it seems you’re playing a QTE without really realizing it, in which the enemy will react more to your movements than do anything off their own back.

Real Boxing might not have the perfect name. There are things about it that aren’t especially realistic and, considering the title, there will be people who feel underwhelmed by a  lack of depth, by poor pacing and poor controls.

It IS good fun, and will probably remain the best boxing experience on Vita for the foreseeable future. The £7.99 price mark feels fair, and perhaps with some patching many of the biggest flaws – the graphical mistakes especially – might be removed. Go in with your eyes opened and you won’t be disappointed.