Stealth Inc A Clone In the Dark Review

Stealth Inc A Clone In the Dark

Stealth Inc A Clone In the Dark Review – Introduction

This is What Clones Are Made Of

Also known as Stealth Bastard, this quirky, charming puzzle/stealth platformer is filled up to the brim with personality. The developers make this incredibly clear through sarcastic, subliminal messages throughout the course of the game… and they don’t go easy on you. This is by no means bad criticism. On the contrary, messages likes ‘You’re not too bright are you?’ and ‘Was I not clear enough?’ spread very cleverly across the game making the player want to surpass the ingenuity of each level and strive towards that magnificently brutal ‘S’ ranking.

Stealth Inc.: A Clone In The Dark is essentially Stealth Bastard in all its glory, packed with every single bit of extra content, a full fledged level editor as well as a free DLC pack with 20 extra mind boggling levels (for the first two weeks of availability). In short, it’s a stealth game made for stealth fans. Shorter, a game you can’t miss.

The Story Is… Well, There Really Isn’t Any

You are one of many clones fit to undergo the tests that Stealth Inc. has prepared. That’s the gist of it all, you don’t complain, you follow instructions and that’s it. Some form of progression is achieved through those messages I spoke of earlier, but Stealth Inc. is not a story driven game and that’s ok. 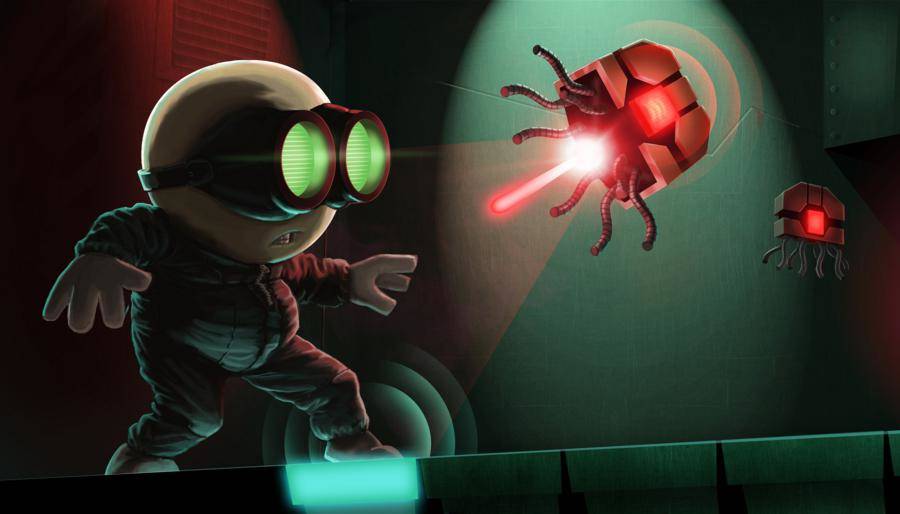 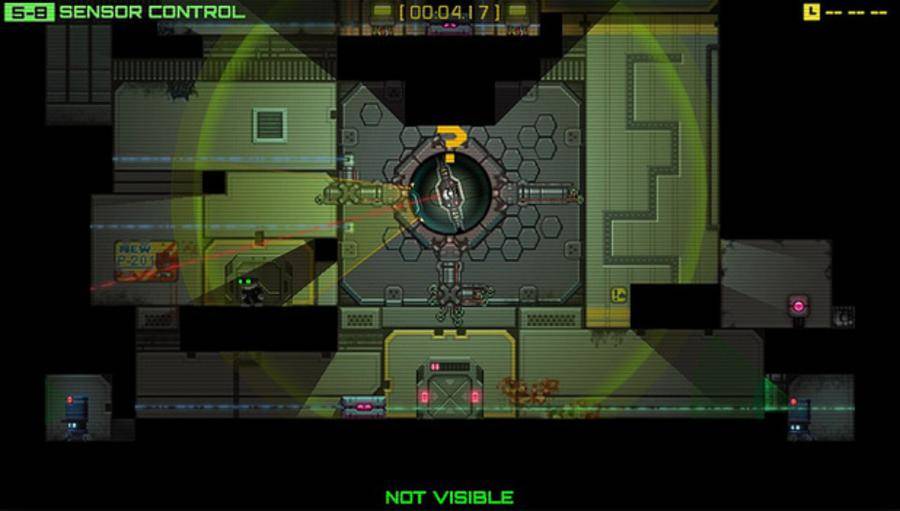 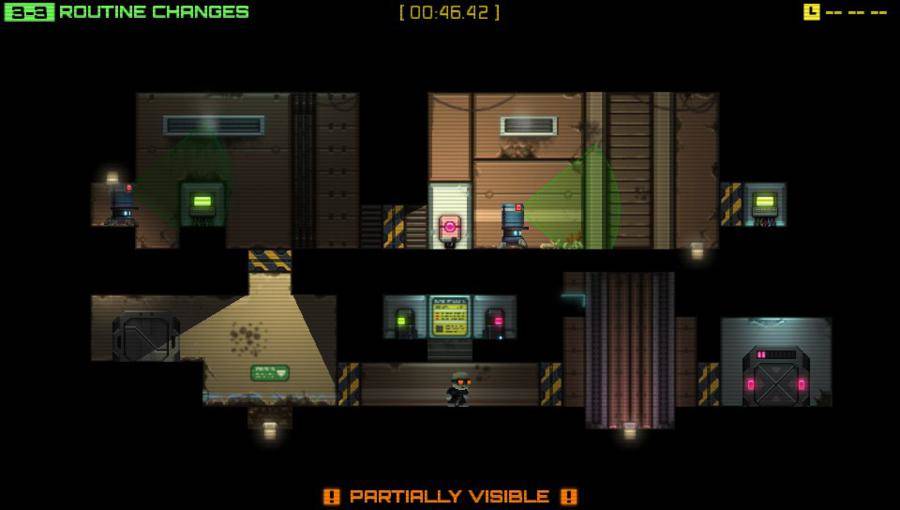 The gameplay, on the other hand, is fast paced and blends in a perfect mix of platforming and puzzle solving. It’s the gameplay that makes Stealth Inc. so special, desirable and most of all, memorable. A true love letter to stealth and platforming fans.

This is, undoubtedly, where the game shines the brightest. The cutesy, charming visuals are one thing. The sarcastic, passive aggressive massages are another. The gameplay, though, is the absolute king.

Spread throughout 80 levels, this stealthy platformer will lull you into a false sense of security at first… but will devour you whole by the time you reach those final, merciless, levels. Every stage consists of 10 levels, each packed with boss levels, (unlockable) collectible levels and those dreaded ‘S’ rank levels… of which I’ve only unlocked 4… That goes to show how much of a b**** it is to actually get an ‘S’ rank.

Unexpected surprises. That’s the sneakiness of Stealth Inc. Every section of the game will challenge your platforming, stealth and puzzle solving abilities to the greatest extent, especially during the later levels. You’ll have to hack systems, use switches to your advantage, sneak by patrolling robots and avoid laser-firing detection beams if you are to survive all these magnificently crafted levels. If you think all this sounds easy, think again. These are but a few of the challenges that Stealth Inc. has prepared for you. However, keep in mind that clones are extremely expendable… so prepare to die… a lot.

The game also utilizes Cross-buy and Cross-save features, so you’ll be able to enjoy all the stealthiness your heart desires on the go or from the comfort of your home.

Stealth Inc. makes use of the Vita’s OLED screen in a way that showcases the game’s individuality. The creepy, dystopian-esque atmosphere truly comes to life on the Vita and is only enhanced by the incredible lighting and lingering shadow effects.

The creepy, dystopian-esque atmosphere truly comes to life on the Vita

Eerie, intense and nerve wrecking. These are but a few words that describe the game’s soundtrack and sound effects. I could have also used inspiring and effective. The outstanding chiptunes go a really long way in portraying the stealthy essence of the game. The main character is a clone. We shouldn’t really care about him or how many times he suffers by our hand… but we do, and we owe thanks to both the soundtrack and the bizarre atmosphere.

A Must Buy For Stealth Fans

An amazing, albeit frustrating stealth title is exactly what the Vita has been missing. Featuring brilliantly crafted levels and puzzles, unique environments and gadgets as well as an insanely memorable soundtrack, this is a game you surely cannot miss out on. Stealth and puzzle platforming fans need to get in on this unconventional adventure that is sure to amaze, baffle and inspire.

And if you do end up buying this game, try to go easy on the clones. They have feelings too you know.