To many people, the Playstation Vita is a system known best for only its Indies and its ports. When I saw the trailer for Vita Indie game Z-Run, I was shocked to find out it wasn’t a port from a mobile game. With its poor visuals, simple Temple Run style gameplay and lack of depth, I was sure that Z-Run was a zombie re-skin of some dime-a-dozen endless runner, build for mobile technology and quickly ported to the Vita. In this case, it’s probably best to judge the book by its cover.

Z-Run uses elements from different Indie titles as inspiration for its gameplay mechanics. Firstly, Z-Run has the feel of a mobile game like Temple Run or one of its many clones. You play as either a male or female character and have to run through the streets of an undead city. You have a variety of different movements and attacks that allow you to either dodge or confront the zombies in your path. I found myself sticking to only two different moves throughout the whole game; slide and jumping kick.

I feel that although Z-Run offers you many different moves to choose from, the reality is that the majority of these leave you defenseless to the hordes of undead. For example, throughout the levels you can pick up an plethora of weaponry and although this could of been an excellent mechanic, using these tools slow you down and make combat more difficult.

As you progress through each level, you can choose your path as you make the way through the city. However this has no effect on the game as you have no idea what level awaits you and either way you still have the same amount of levels as there is no wrong way to go. This is another game that attempts to add some kind of RPG element, but it doesn’t work because those that play for any length of time will be able to tell that their decision will have no effect whatsoever.

After an hour of playing in the campaign mode, I was already tired of this game. It didn’t help that every level felt like the same skyscraper backgrounds with different obstacles and enemy placement. Also, the lack of story made the levels feel meaningless and I can’t see anyone playing this game for more than ten to fifteen minutes at a time. 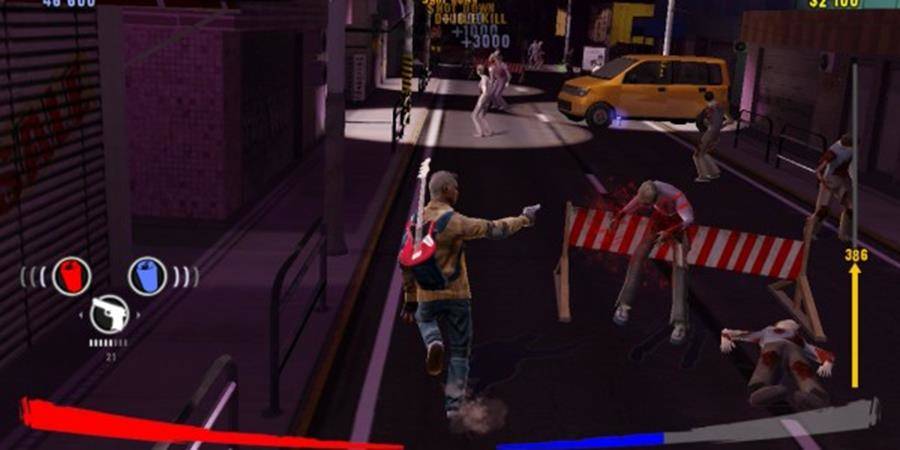 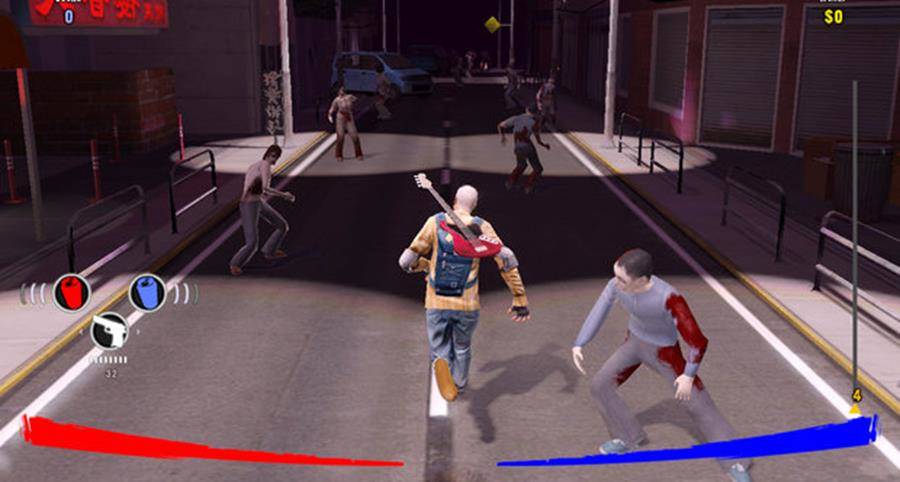 I then went on to explore what else Z-Run had to offer outside of its short, linear campaign. I was disappointed to find that the only other mode included in the game is Survival Mode. Survival mode is similar to any other level in the campaign, except there is no limit to how far the level stretch. In an average campaign mode, you can run to 500m before you complete the mission. In survival this is endless and allows for some fun trying to beat your high score.

When it comes to graphics, Z-Run isn’t a particularly good looking game. With a similar art style to The Walking Dead and similar frame rate issues, Z-Run can be difficult to play at times. At the time of writing this, there has been no patches to fix any of the issues that worsen this already difficult play experience.

It has been said recently that zombies are becoming overused, and it is down to games like Z-Run that people are tired of them

Like most zombie games, Z-Run is fitted with a heavy rock soundtrack to fit in with the fast paced nature of taking on the undead. This fits well and at one moment when playing on the bus, I actually stopped playing and just listening to the high octane soundtrack. Mixed in with the average array of zombie groans and baseball bat swings, you have a good audio mix that makes the game easier to play.

It has been said recently that zombies are becoming overused, and it is down to games like Z-Run which lack in the qualities that make an enjoyable experience, that people are tired of them. With a lack of modes, graphical hitches and boring level design, Z-Run is a poor attempt at an addictive play on the go game. It is also an obvious copy of very similar mobile games like the much better Temple Run or Minion.