There aren’t a great many titles on the Vita that feel specific to that platform. Uncharted: Golden Abyss is a decent game that manages to shrink the Uncharted world into a portable package, but those with access to the PS3 trilogy would likely prefer to play those. Gravity Rush is not only exclusive to Vita, but it’s entire gameplay structure feels custom made for the device, from the beautiful graphics to the unique gameplay.

Those not interested in reading the review might as well see the conclusion right away: if you haven’t played Gravity Rush and you own a Vita, you’re doing it wrong.

Gravity Rush is an anime-based story-driven adventure that puts you in the role of Kat, a girl who mysteriously wakes up in a city she doesn’t recognize, unable to remember her own identity. More than that, she discovers that she has special powers that allow her to shift gravity around her, meaning she can fall in any direction she wishes. Using these powers, she hopes to be able to rid the city of the monsters that have started appearing and to discover who she is and why she can do these remarkable things. 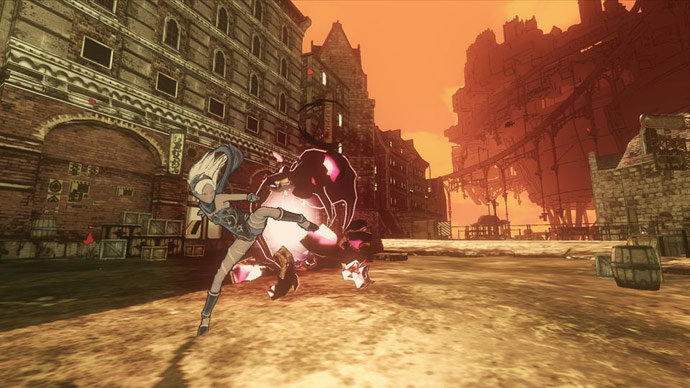 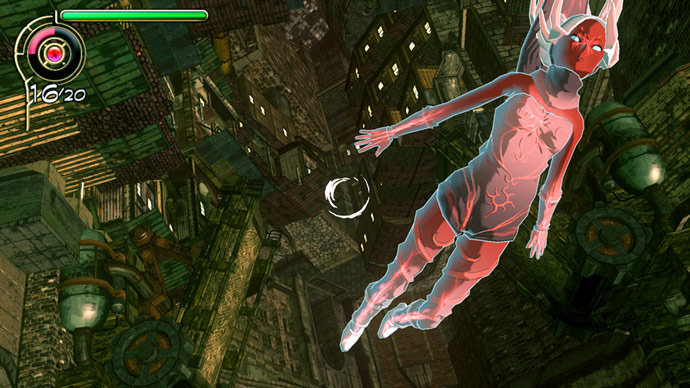 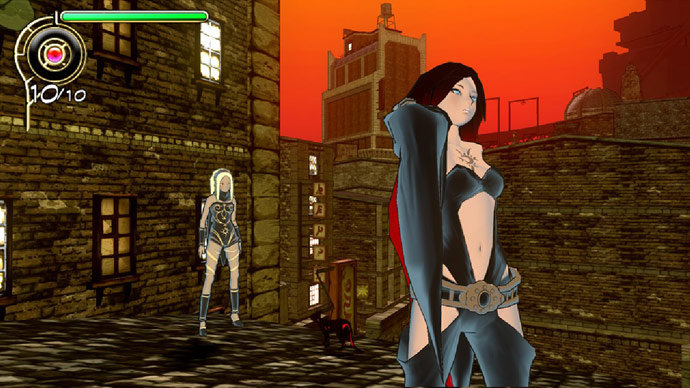 The direction of gravity can be changes with a single button, allowing you to fly through the air at high speeds or walk up the sides of buildings. It’s as simple as aiming the camera in the direction your want to go, and pressing the gravity shift button. This will aid you in transporting from one location to another, but it’ll also aid you in combat.

Fighting is fun and you’ll want to return time and time again. Whether kicking enemies at high speed, or getting close and personal, you’ll find there are a variety of ways to tackle a given monster. As you progress, you’ll come across bigger and harder bosses that will require both speed and thought to tackle, as well as the myriad of moves you’ll pick up along the way. From vortexes to throwing objects, to doing a sort of “twister” move, you’ll definitely find something that matches your play style.

Although combat is a frequent occurrence, the game itself tends to be a mix of RPG elements and platforming segments. Using gravity to get around is, naturally, a bit part of the game, and the story is generally told through either text or through cutscenes. There are also a great deal of side missions to comlpete, offering races and the like, in which high scores will allow you to level up your abilities.

These side missions range from the very easy to the very hard, and getting the platinum trophy is relatively easy but time consuming.

If you want to show off the power of your Vita, Gravity Rush is the game to go for. The graphics are lovely, thanks in part to the excellent art design, and really need to be seen on the OLED screen to see the full potential.

Audio is largely very good as well, if a little repetitive. Each area of the city has its own theme, which you’ll hear every time you’re in that city. I don’t think the game is necessarily long enough to put you off it entirely, but there will come a time where you start to gently tone it out. That’s a shame, because as a package it’s all very listenable.

Gravity Rush might not be enough to warrant a purchase of a Vita, but if you have one and haven’t played it, you’ve missed out on what is one of the very best titles of 2012. Everything comes together so expertly, and is built upon with collection and side missions, that I find it hard to come up with a single game-busting complaint. The occasional glitch or patch of filler is enough to stop Gravity Rush from being a perfect game, but it’s about as close as the Vita currently has.