The Vita, when it was announced, was a machine for FPS games on the go. Although every game benefited from that second stick for camera control, being able to play a shooter without severely hampering the experience was a major plus. The first shooter to be released for the console, Resistance: Burning Skies, came out months after the Vita’s launch. That was only mistake number one.

Burning Skies is a decent Resistance title disguised as a terrible game. There are gleams of hope, but, like the war against the Chimera, hope rarely stays strong for long.

Burning Skies places you into the role of fire fighter Tom Riley. Equipped with his handy fire axe and an armoury of alien-esque weaponry, Riley must shoot his way through six levels of badly animated action and cheesy dialogue.

From the get go, you’ll likely realize that this isn’t a game destined for greatness. Level design is bland and repetitive, and almost every spoken word is either badly written, badly spoken or both. This isn’t helped by an obsession of the part of the developers towards having their characters move as little as possible. 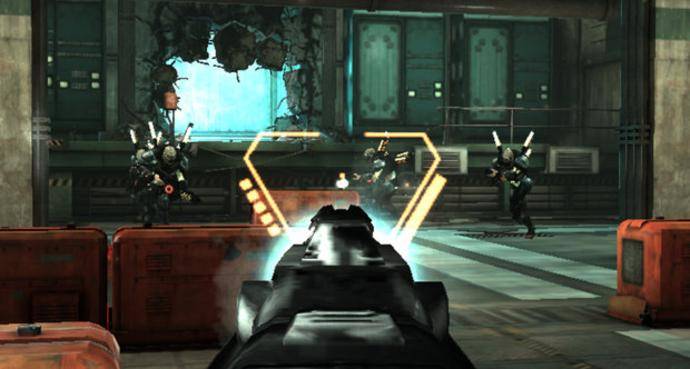 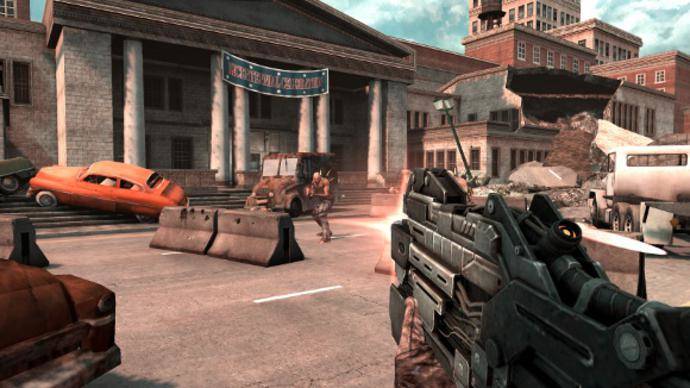 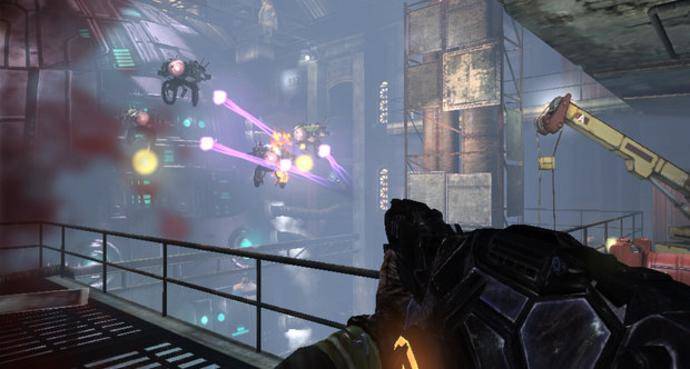 Take the introduction of the Auger, for instance. The long-time series staple makes a return for Burning Skies. Best known for its ability to fire through solid objects. The absolute best way of demonstrating this ability is by having a random soldier standing against cover, him seeing the yellow glow that indicates a bullet coming his way, an NPC screaming a warning, over a second of silence while the bullet travels through the brick, then the solider dying rather unceremoniously.

War is hell. Especially if you’re just a character model with no scripting.

A Further Decent Into Hell

If only a few scripting issues was as bad as this game got. Controls feel a little tight and can take some getting used to. That second analogue stick doesn’t always seem to want to work with you and making accurate shots can be a real pain (not helped by occasionally wonky hit boxes).

Had we been able to fine tune our aim with motion, like Uncharted: Golden Abyss, perhaps this wouldn’t have been as big a problem. You can’t and it is.

Even when you’re not having problems with a wave of enemies, those same enemies will probably annoy the hell out of you. Animation in this game is laughable, with both friend and foe stepping along the ground like there’s no ground there.

Worse, sometimes you’ll be stopped from progressing because there’s a small box in the way of letting you past, while other times enemies will quite happily walk through walls and each other to get at you.

Add in an aimless, unusual story and some incredibly odd controls (double tap the back touch panel to run?!), and you’re left with a game that fails to impress on any level.

Burning Skies is definitely a Resistance game, and it’s interesting to get an alternative take on the events of the main PS3 series. Going around your usual business when all of a sudden UFOs appear in the sky is almost as interesting as I feel the developers hoped it would be, and there are a few moments like that throughout.

And that’s where your focus should be when playing Burning Skies, on the Resistance-esque nature of the story. There are intel packages you can pick up, most of which do reveal the sad, if slightly on the nose reality of the invasion of the United States. People losing family members, warnings, advice – it’s all there and, at its best, definitely hits home.

You’ll need a decent set of weapons if you want to repel that invasion. It’s still a little out of place, that a fireman might pick up what is effectively a laser gun without pause or comment, but that’s just this game for you. Burning Skies is a title in which a major NPC can be seemingly crushed to death, and all that’ll happen is your objective marker will update.

Using those weapons is great fun, if only because they’re weapon types you can’t really find anywhere else. In theory – when not broken by the earlier mentioned problems – they work surprisingly well (considering the state of the rest of the game). Using touch for the secondary effect of each device seems cumbersome on paper, but works well enough that it feels natural. When you’re running through an area packed with enemies, and when you’re lucky enough not to be distracted by problems, you get a glimpse of potential that is easy to overlook.

Resistance: Burning Skies isn’t a game that I’d be in a rush to recommend. The Vita has a lot going for it, but this isn’t something that demonstrates that. Instead, rent it, enjoy the fact that you’ll probably finish it in less than five hours. Enjoy that trophies come thick and fast (including some incredibly weak golds). Enjoy that even people who bought the game new have problems getting online, and that buying an online pass in no way guarantees access to the multiplayer mode…

You’ll enjoy it in the knowledge that,  on almost every single level, Burning Skies is a deeply flawed car crash. Go in with a sense of humour, go in knowing with only the worse expectations and go in with a real love of the Resistance franchise, however, and you will enjoy your time with Tom Riley, and with his god awful adventure.