Danganronpa Trigger Happy Havoc is a zany experience filled with boundless creativity. Developed by Spike Chunsoft (the studio responsible for similar games in the Zero Escape series), and originally released for the PSP all the way back in 2010, Danganronpa has spawned an anime and manga over in Japan before its port to the Vita this year; and it’s easy to see why. It’s a fully interactive visual mystery novel that totes a diverse cast of characters, a well written and philosophical-focused narrative, and an engaging trial system similar to what the Phoenix Wright games contain. It successfully introduces the series to Western audiences and makes a resounding case for being one of Vita’s most unique and best games available.

One of the main reasons it can make that case is down to its cast of characters. 15 students who are the ultimate of one particular thing, whether it’d be “The Ultimate Swimmer” or “The Ultimate Gambler,” are invited to Japan’s most prestigious private school, Hope’s Peak Academy. The main character called Makoto, who isn’t particularly good at anything but gets invited to the school for being “The Ultimate Lucky Student” by winning the school’s lottery, is quickly introduced to these diverse and outlandish students. Each one of the 15 students, including Makoto, all stand out in a visual sense, literally, and all have interesting back stories. Not one single student out of the 15 feels out of place or mundane, and I felt encouraged to learn more about them. But Chunsoft also manages to have them heavily contribute to the overall dark story the game is trying to tell, which slightly draws influences from William Golding’s The Lord of the Flies and Koushun Takami’s Battle Royale.

You see, Hope’s Peak Academy isn’t what it seems. Upon arrival, the students find themselves entrapped by a cute looking, but widely deceiving and viscous little bear named Monokuma. And he quickly makes it known that these 15 students have only two options, to either live in the school forever with no outside contact, or escape by killing another student. But the catch is, only one student can escape, and they have to get away with the murder. Thus starts a text-induced 20 hour long journey filled with intrigue, mystery, and well written dialogue. Chunsoft should be commended for keeping the game entertaining throughout, as it is a fairly long experience. 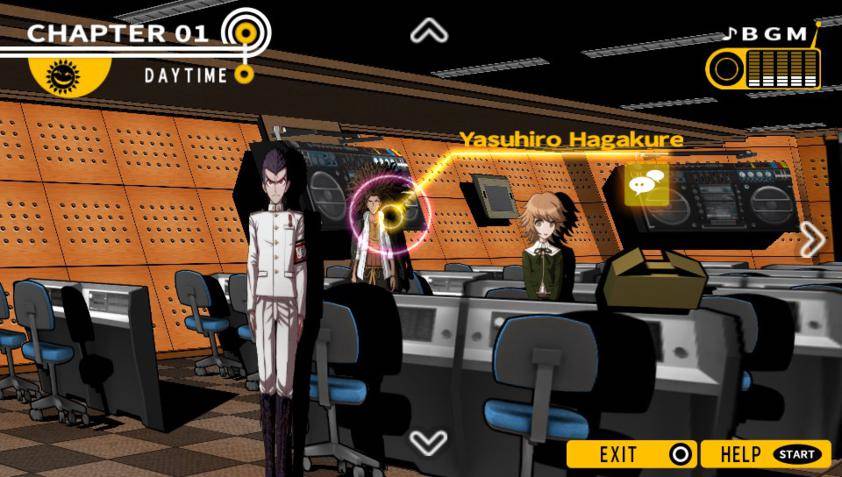 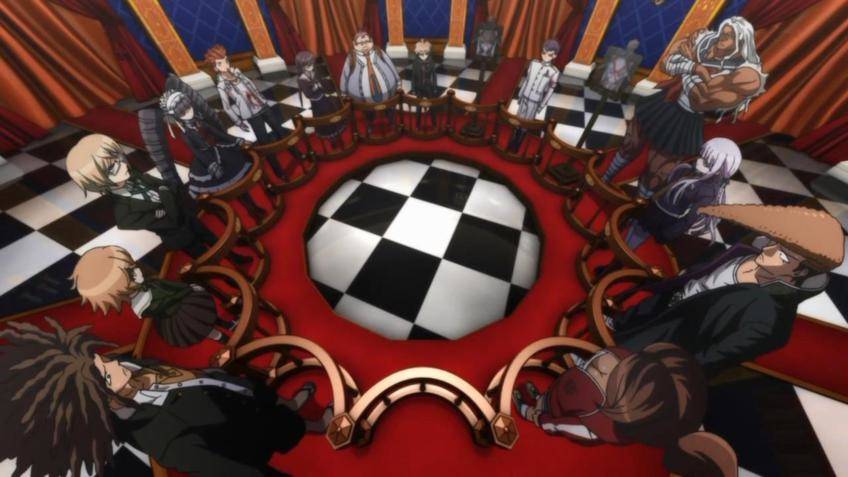 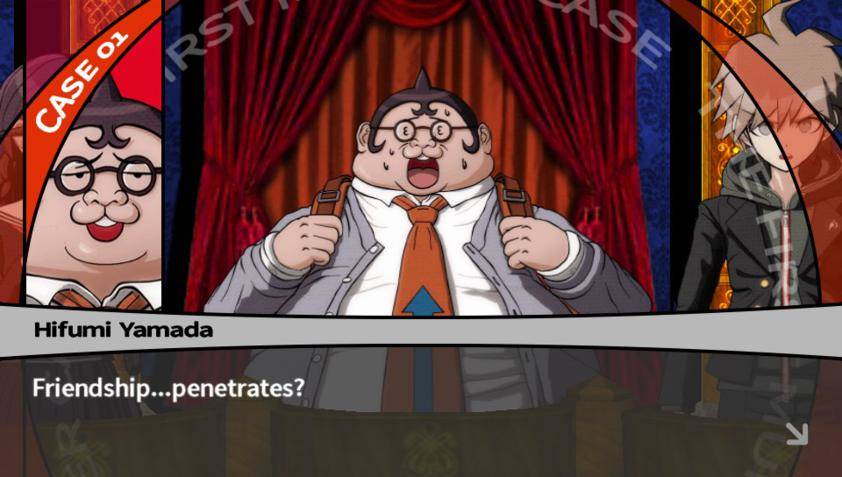 A good reason for this are the interactions between the students, and the slight but effective humor Trigger Happy Havoc bravely spews out. It manages to successfully blend clever humor with a serious tone, and that’s pretty special. But it’s also a testament to the philosophical themes and mature subject matters it opts to discuss. The game is never without controversial commentary about society and human beings, and the stories and lessons it does tell are beautifully handled. I can safely say the story here managed to affect me both on an intellectual and emotional basis, which many games don’t manage to do.

Time To Solve A Mystery

But Danganronpa can get a bit formulaic with its pacing. It is separated by chapters, and at the beginning of each chapter you have the opportunity to explore a part of the school, and interact with the other students. Labeled as “Free Time,” you only have a limited amount of time to get know some of the students and establish a relationship with them by gifting certain accoutrements. You obtain these items, called presents, by using currency called Monokuma coins at the school’s store. You can also find these coins by exploring your surroundings. You can do all of this at your leisure until an inevitable murder occurs. Once that happens, you’re forced to investigate the murder and look for clues before the trial begins. Once the case is solved more areas of the school open up for you to explore.

The game almost always follows this same path, so it can become too predictable for some, but this was remedied by the engaging and long trials that awaited me at the end, and the interesting new locales you get to unlock afterwards. The murder scenes themselves are also well put together and darkly visceral. This is also considering the fact that any one character that you might’ve gotten to know and attached to, could easily be snuffed out. This sense of tension in not knowing which character would be killed off makes the limited amount of time you do have with them, that much more important. This tension, combined with unadulterated curiosity regarding the murder, is carried over to the trial.

The trial system serves as the gameplay foundation here, and most of Danganronpa’s mechanics are utilized in these trials. They’re usually at least an hour long, and include a complex variety of mini-games. Whether it’d be picking the right truth “bullets,” (certain pieces of evidence) and firing them at certain students’ lies, thus slowly uncovering the truth, deciphering a particular word by playing hangman, or assembling an interactive comic book that sums up the entire murder case, these trials never get boring. As you progress through the game, the trials get more complex alongside the murders preceding them. The game also introduces more and more clever mechanics with every new trial that further help freshen up the experience.

But the only disappointing factor here is that there’s no way to fail a trial. If you purposefully go out of your way to fail most of the mini-games, you simply run out of life and start over right where you left off. It’s outdated design that makes it obvious that this game is several years old. There was room here to have a motley batch of trials and consequences instead of simply being forced to rigidly solve each murder case. But as I mentioned already, Danganronpa’s linear nature manages to work because whatever it does try to tell and show is great.

The game tells its story in a visceral way. It lacks mechanically, as all you really do is explore the school and talk to the other students besides when it comes to the trials, which are also heavily text-based. So in that sense, it might disappoint some people looking for something more hands-on and exciting. But Danganronpa does have an alluring aesthetic and presentation. Every character looks singular because of their art design. The artwork on display here is somewhat similar to the Persona series, and is good enough to keep you interested for the entire play through.

Its soundtrack is also well put together. It lacks in quantity, but more than makes for it with its superb quality. Every track plays in harmony with whatever is happening on screen, and almost always serves as a great backdrop. Some of the tracks were good enough for me to warrant a download. The English voice-acting is also surprisingly well done, considering the fact that this is a port of a Japanese game, and they usually force the player to choose a dubbed English playthrough instead, since the voice acting is so poor. Churnsoft also cleverly masks the game’s loading times. Whenever you enter a room, every object and character slowly pops up one by one, further making it feel like a visual novel.

Churnsoft and publisher NIS America successfully managed to produce a great port of the first chapter of a Japanese phenomenon. Danganronpa: Trigger Happy Havoc is a great fusion of well written dialogue and characters, Phoenix Wright-like murder investigations and trials, and a Japanese-centric aesthetic. It’s a zany experience filled with a dark and memorable story, and lighthearted humor. Once you see the credits roll you won’t soon forget its brave social commentary, and the lessons it tries to teach. And that’s pretty special.