The match 3 puzzle genre has been lacking innovation as of late. Thankfully, Futurlab has an extraordinary habit of changing up the ‘norm’ and Surge Deluxe is certainly no exception!!

In essence, Surge Deluxe is a supercharged version of the previously acclaimed title, Surge, for PS mobile. There have been a number of changes in gameplay, with the key difference being a redesigned scoring system for high-risk, high-reward block busting fun!

Surge reinvents and expands the traditional match 3 gameplay, taking it to new heights

Surge features a bright and distinct colour palette with a clean and responsive UI, similar to other Futurlab projects such as Velocity Ultra. The updated version also features a couple of new block types such as the ‘chain-linker’ and ‘combiner’ blocks as well as an all-new puzzle mode and unlockable backgrounds.

Of course, as with every other PSN game, Surge comes supercharged with trophy and leaderboard support… and the latter is what makes it so special!!

Futurlab have also invested in a colourblind mode which is deﬁnitely a step in the right direction in regards to accessibility!

What does this button do?!

As well versed as you might be in the button mashing department, Surge Deluxe only requires the use of the touch screen as well as your beloved ﬁngers. Buttons make way for digital blocks that can be physically touched, linked and removed.

Explaining how everything works might sound a little complex – and ironic – considering it only takes a couple of minutes to get to grip with everything the game has to offer. The game is based upon the match 3, the basic premise being that you must clear all the blocks on screen. Now you can do this through conventionally linking similar coloured blocks to each other… or you can utilise every available resource to maximise your combo’s, score as well as the impending sense of clock-ticking doom! 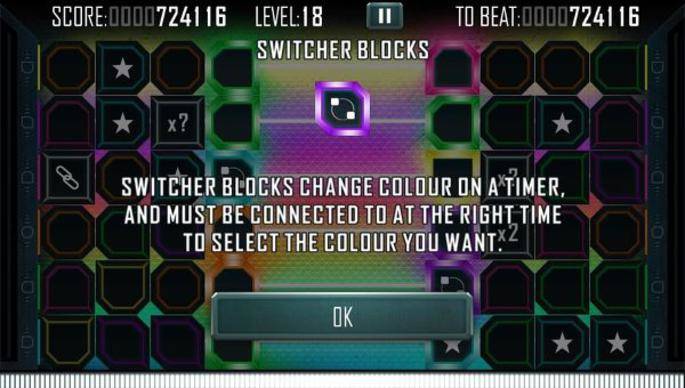 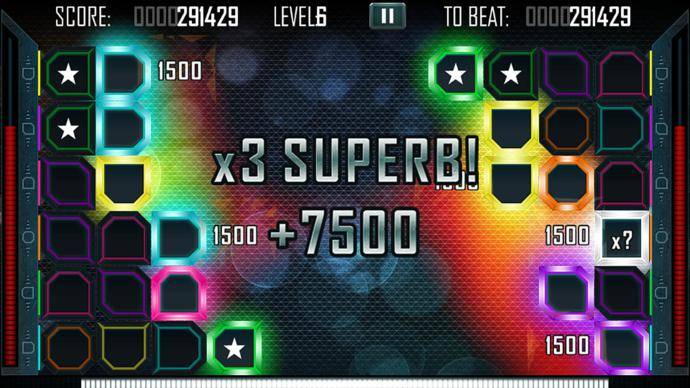 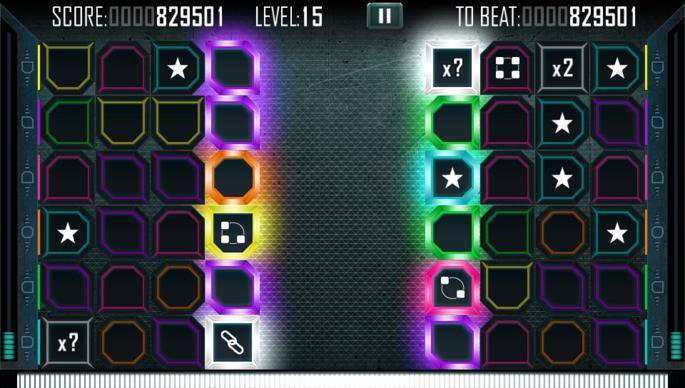 The way that Surge changes up the genre is by introducing another element of failure. This time round, you’re up against the clock and two pressure gauges displayed on both sides of the screen. The pressure slowly builds up over the course of every level and it’s up to the player to alleviate some of that pressure by opening up as many valves as they want. If the pressure on both gauges reaches maximum capacity, it’s game over. On the other hand, if you carefully choose which valves to open, each representing a different colour, linking blocks of that same colour will reward you with a higher score.

Take me to the top!

Games like Surge are all about that high score feeling. You’ll ﬁnd yourself playing over and over, trying to best your previous score as well as reach the ranks of elite players at the top of the leaderboards (which, at the time of writing, features GamesReviews’ very own Mat Growcott in second place!)

It isnt a game that savours progression though, not in the slightest. Every time you start a new game, it is literally a completely new game

It’s not all mindless block linking though! The various puzzle elements which build upon themselves via different block types make Surge an incredibly thought out, skill based puzzle game. Anyone who’s looking to climb the leaderboards and reach the ultimate status of block-linking master will ﬁnd themselves in dire need of practice and control over both the time and the dual pressure gauges.

All that glitters is not gold!

Surge is deﬁnitely part of a certain niche that is not likely to appeal to everyone. However, it makes very good use of its strengths and puzzle-game enthusiasts will ﬁnd themselves right at home. Heck, even action junkies can expect some kind of adrenaline rush due to the incredibly frantic gameplay.

It isn’t a game that savours progression though, not in the slightest. Every time you start a new game, it is literally a completely new game. There’s no level selection screen or any traditional ‘levels’ for that matter, except the 15 extremely challenging puzzle mode puzzles that will potentially have you scratching your head for hours.

The game’s original soundtrack truly does wonders while in-game. The uplifting electro tunes will have players in a frantic scramble to open the vents and relieve the pressure – both digitally and emotionally! Soundtracks can’t exactly make games, but in this case it adds on to the brilliant gameplay and charming visuals, only enhancing the overall experience.!

Criticising Surge for its shortcomings would be rather unfair because it is what it is, a repetitive, portable, puzzle game. It all depends on the player – and how fond of leaderboards they might be.

Be that as it may, Surge reinvents and expands the traditional match 3 gameplay, taking it to new heights. Surge does the puzzle genre justice and one can only hope that Futurlab continues to innovate and impress.