Atelier Rorona The Alchemist of Arland, is a Japanese role-playing game brought us by developer Gust and localised by NIS (Nippon Ichi Software). The game follows the story of the titular Alchemist, Rorolina Frixell (aka Rorona), an alchemist in training, who inadvertently finds herself tasked with saving the small alchemy shop she’s been apprenticing at from closure.The game is a breath of fresh air when compared to your typical JRPG. Instead of playing as a bunch of unlikely teens tasked with saving the world from a sinister and tyrannical government, we play as a dizzy young girl doing her best to save the alchemy shop she loves by using her alchemy skills to complete tasks, and help the small towns people of Arland.

The story starts off by introducing us to the main protagonist, the hard working and determined Rorona. It’s shortly after this introduction when Rorona receives a visit from a castle knight, Sterkenburg, who informs her that the alchemy shop is going to be closed and to relay the message to her master, and to let her know to visit the castle asap.Rorona then goes on to find out that not all hope is lost, and that if she wishes for the alchemy shop to remain open, she must perform certain tasks issued by the towns government over a period of five years.

The method by which the majority of the story is told to us is through the style of a visual novel, one that offers some of the most beautifully illustrated artwork I have seen in any game to date

Rorona inevitably finds herself taking on the task of saving the Alchemy shop alone, and must venture outside the castle walls to retrieve items and ingredients to later be synthesised through alchemy in Oder to complete the tasks assigned to her, all whilst fighting a myriad of monsters and making new friends and enemies along the way. The method by which the majority of the story is told to us is through the style of a visual novel, one that offers some of the most beautifully illustrated artwork I have seen in any game to date. Further more, the voice acting in both the Japanese and Western dub is exceptionally well done.

Atelier Rorona: The Alchemist of Arland, can best be described as an alchemy based, time management, JRPG. Alchemy plays a huge part in the game as you will constantly be required to travel to numerous areas on the world map, in order to gather various ingredients to synthesise through alchemy. Whilst in the the main town you can visit your alchemy shop, there you are able to use your cauldron to synthesise all sorts of items that can be traded, sold, given to the townspeople, or used to complete the tasks issued by the government. 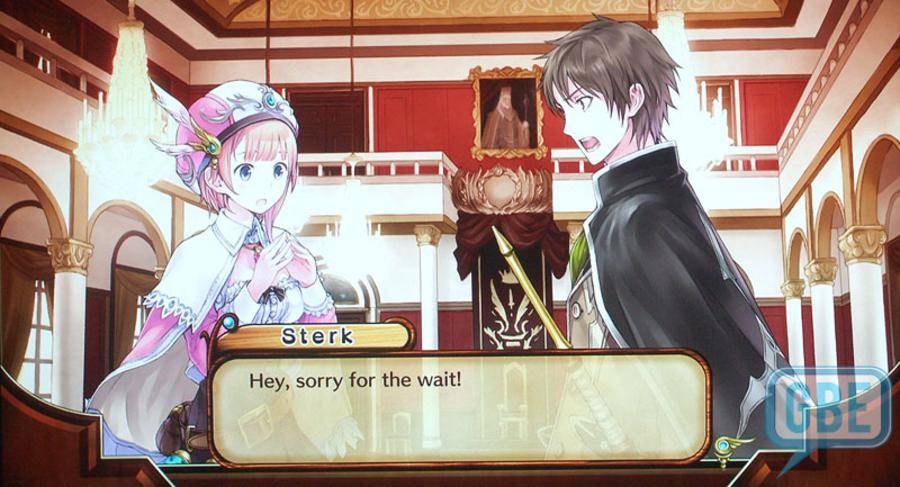 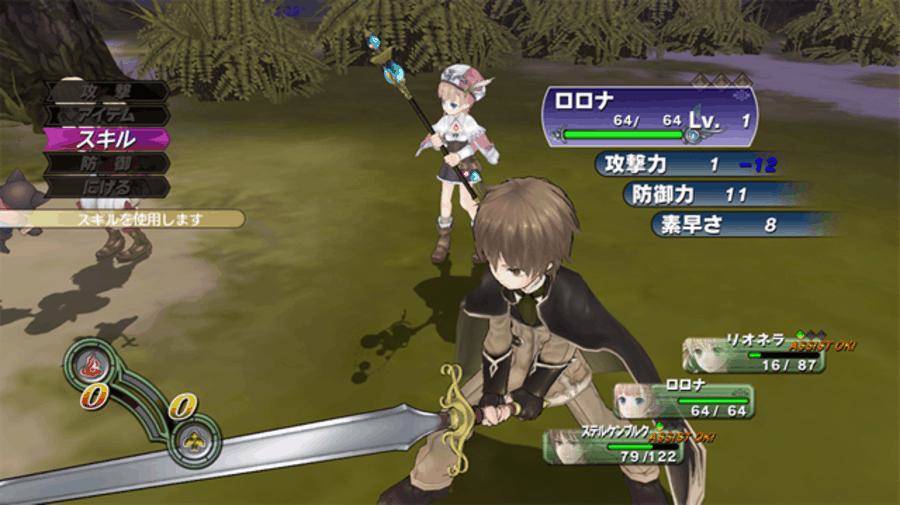 The catch is that you’re on a constant deadline, and travelling to areas on the map, synthesising items and even special in-game events will take up a portion of that time. If you don’t to manage your time properly and fail to complete the monthly tasks issued to you by the towns government then it’s game over. When venturing outside the castle walls always remember that it’s dangerous to go alone. Fortunately, the game allows you to enlist the help of any one of Rorona’s friends or associates, each offering their own strengths and weaknesses.

The catch is that you're on a constant deadline, and travelling to areas on the map, synthesising items and even special in-game events will take up a portion of that time

Combat sees a return to the old-school turn-based battle system, which means that once a battle begins you’ll be required to take turns duking it out with the enemy. There are special attacks you can perform, but they come at the cost of HP (hit points), and while they do cause greater damage or can be used for healing, do be careful when using them as an attempt to get out of a sticky situation can have dire consequences.

Atelier Rorona: The Alchemist of Arland offers up a hearty amount of replay value. You see, as well as being able to do various tasks for the towns folk, you can also help out your would-be party members. Most, if not all of these “mini quests” will require you to obtain or synthesize a particular item, but if you focus enough of your time and attention on a specific person you’ll be able to open up new events and art work, as well as potentially acquiring new equipment for them. It’s pretty obvious that Atelier Rorona: The Alchemist of Arland, was created from the get go with multiple playthroughs in mind, but even if you decided only to give the game just one playthrough, you’ll have come away having experienced one of the most fun, light hearted and genuinly uplifting JRPGS there is.

I really enjoyed most of the the music in the game, especially the intro and ending theme. Having said that though if you’re not a fan of JPop, light hearted melodies or Japanese music as a whole, you may not appreciate it quite as much.

I’m going to recommend Atelier Rorona: The Alchemist of Arland to anyone who is a fan of Anime, graphic novels, or Japanese role-playing games in general. For everyone else, there may simply be too much of a barrier needed to be overcome.