I’ve only tried one other Vanillaware game, and that’s Muramasa Rebirth. While I did understand the appeal, it was still an experience that left me feeling cold, and my expectations for their next release plummeted. Regardless, I still felt like I should give their next effort a chance. I’m glad I did, too, because Dragon’s Crown is one of the finest games I’ve played all year.

Like most 2D, side-scrolling beat ’em ups, Crown contains all the standard tools: multiple playable characters that are massive and detailed, hordes of enemies, gigantic bosses and action aplenty. There’s even a scoring system and a flashing ‘Go’ sign with an arrow pointed to where the next crop of bad guys are hiding.

These coin-op hallmarks recreate the arcade feel nicely, and take me back to the corner market and its Final Fight machine I used to plunk quarters into during my youth. To top it off, this design blends perfectly with the meaty role-playing elements George Kamitani and the rest of the Vanillaware crew put in the game.

Choosing from either a Fighter, Amazon, Elf, Dwarf, Sorceress or Wizard, players embark on a journey through the labyrinths and ruins in the city of Hydeland, with the ultimate task of finding the mystical ‘œDragon’s Crown.’ The town acts a hub, providing access to the mission zones, stores carrying supplies to outfit the heroes, an Adventurer’s Guild that provides quests and a chapel, among other areas of interest. 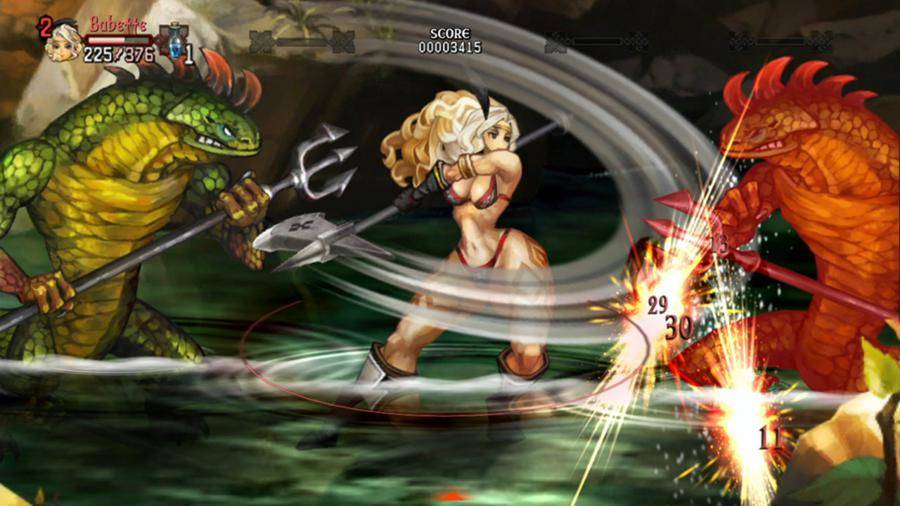 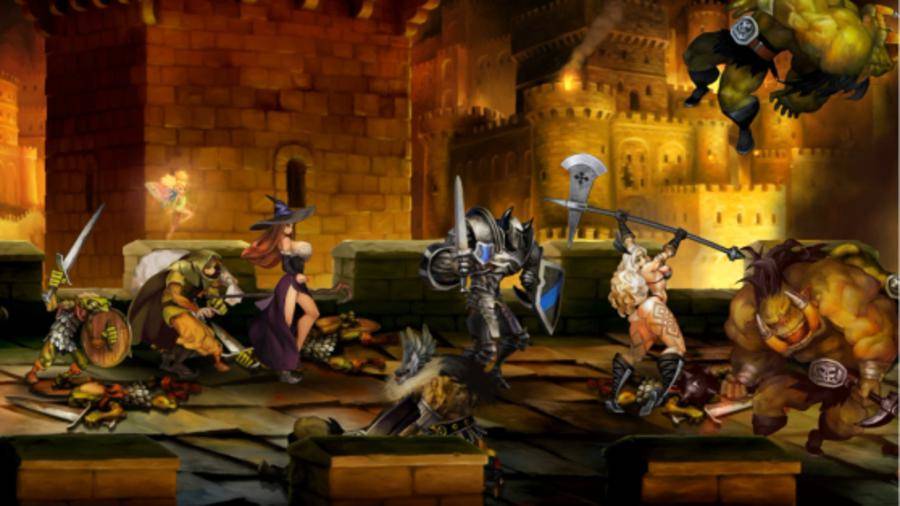 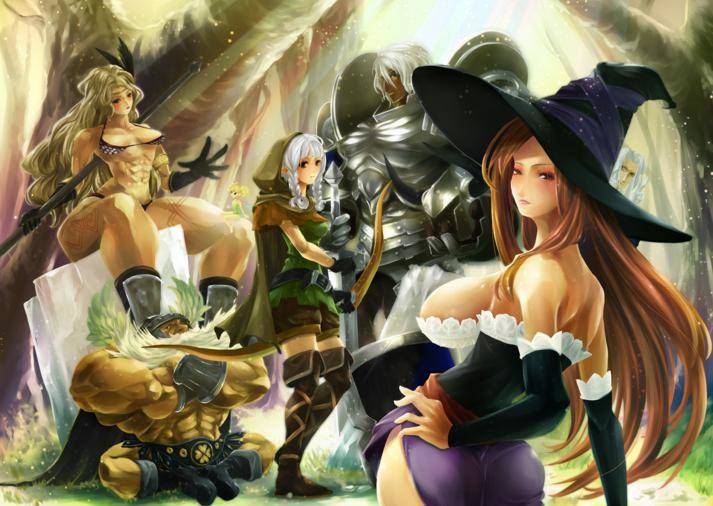 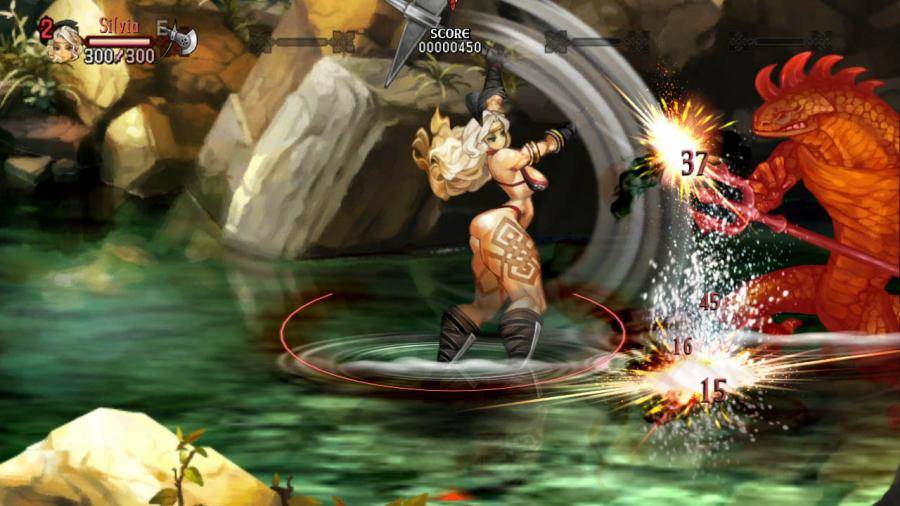 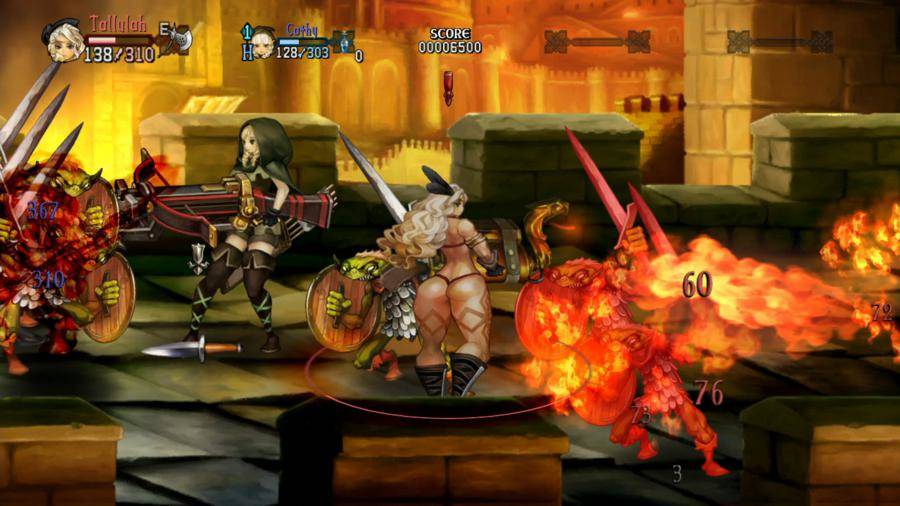 After selecting the Amazon, I explored Hydeland and started questing. There are plenty of other games in the genre that have similar RPG design, but after only a short time slaying goblins and trolls, I noticed that there’s a lot of depth here. For instance, every character brings something different to the table, like the Fighter making for a great meat shield, or the Wizard’s ability to cast area-of-effect magic. This makes every hero feel vastly different from each other, a feat that’s a rarity in most other games of Crown’s ilk, with the best achievement being a decent balance between the classes all of them are worth playing.

Co-operative play (online or local) is obviously the focus here, but a similar experience can be had going at it solo. While out adventuring, sometimes a pile of bones pops up in the dungeons. These are the remains of other players, who can be revived and join the party after paying a small fee at the chapel.

Other than their tendency to walk into traps, I didn’t have any issues with my AI companions. In fact, I found them rather useful, especially when they concentrated on whooping up on a cockroach boss while I took care of its spores.

Other beneficial content includes abilities that can be learned after gaining levels, and finding new gear among the vast quantities of treasure to be found. All of the loot can either be used or sold, and there’s plenty of rarities like weapons that provide buffs or have small percentage chance to cast a spell. Other perks are found within the abilities unlocked with skill points, and even they can be leveled up to become more powerful.

Again, this isn’t breaking new ground, it’s the presentation that’s important. Grinding and backtracking are definitely a factor, but revisiting areas is simple with the fast-travel system, and any quest that’s completed before a stage is over can just be turned in by exiting. This quick and painless method of tackling side-quests and farming for gold and equipment didn’t make me feel like I was wasting my time, even when I did stop to smell the roses and explore more thoroughly, which is engaging thanks to the many secrets available to discover.

To go along with the attention to detail found in the gameplay is the lovely art direction, which is Vanillaware’s claim to fame. I can see how some may find it gaudy, but I find that their hand-drawn characters and backgrounds work incredibly well with the magical fantasy worlds they create, especially in this game; it’s a unique visual style that’s breathtaking and makes the experience even richer.

I honestly couldn’t find many issues, it’s really that good. I suppose the action does get a little cluttered with four people, and online play can be a little wonky, but it’s nothing too bad. A little more effort in the story might have been a nice touch, as well, but it’s ultimately not important.

This game really caught me by surprise. Dragon’s Crown is everything one could ask for in a beat ’em up and then some. The game design is polished and deep, the combat challenging and exciting, and it’s absolutely gorgeous to look at. Indeed, a new bar has been set for the genre, and it’s a high one at that.