If you talk to gamers who have followed the Tekken series for a long time, chances are they’ll tell you that it has been on an up and down ride. The fighting mechanics have stayed solid for the most part, but the experience from the last few Tekken games has been a bit underwhelming, especially when utilizing the potential of the great 3D fighting engine. Now fans and newcomers will be happy to know that Tekken Tag Tournament 2, the latest installment of the Tekken series, has brought the franchise back to its glory days with a great combination of fighting mechanics and a fantastic experience.

Much like the last Tekken Tag Tournament, Tekken Tag 2 doesn’t really have a story like the other Tekken games. The smallest semblance of a story is in the Fight Lab mode where you play as Combot. This mode, essentially your training mode, teaches all the basics from simple movement and tag teaming to the more complicated maneuvers like juggling opponents, breaking walls and floors, and using special techniques. The Fight Lab is very short, only having a few episodes in order to teach you how to get the hang of playing, and lacking in animation. However, this mode makes for a great intro to the mechanics of the series and is perfect for those just starting out in Tekken. It also acts as the sort of “create a fighter,” so returning gamers should find plenty to enjoy as well. You use points you gain from completing the five stages to unlock character moves to customize your own Combot. It’s addictive, fun, and pretty rewarding. 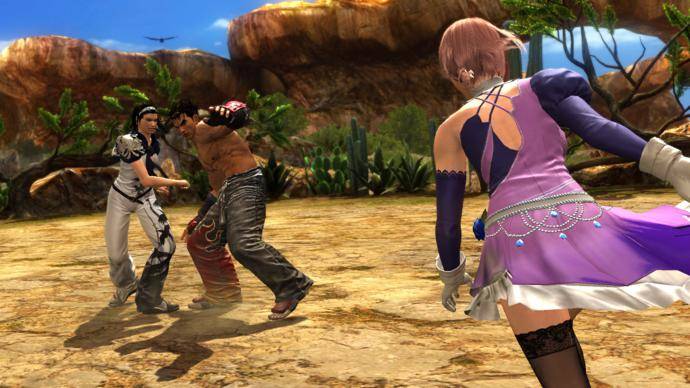 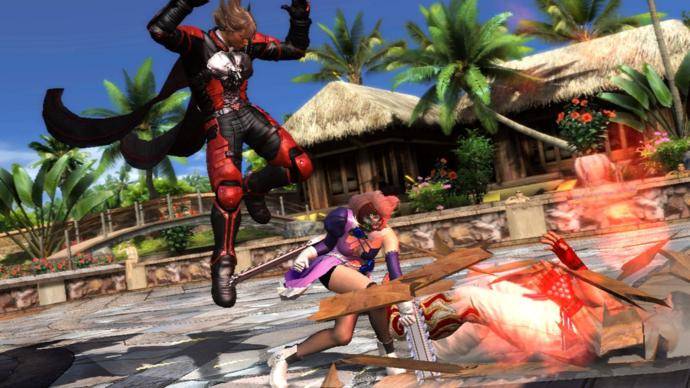 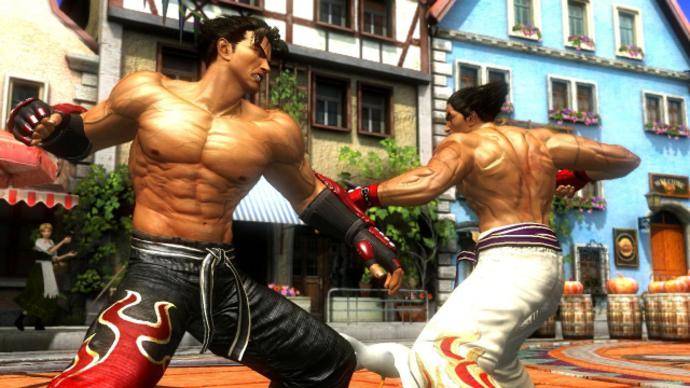 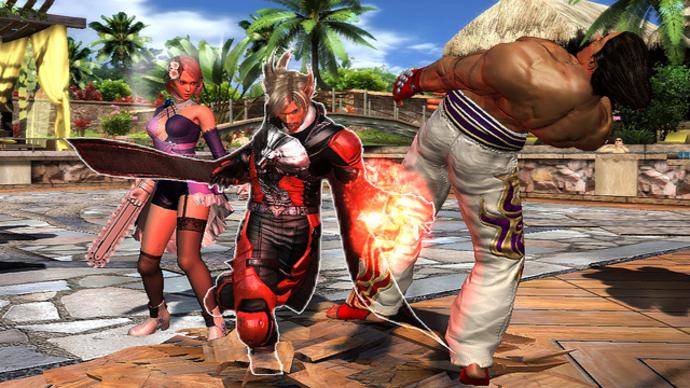 Like the previous Tekken Tag Tournament, tag teams are the main feature in this title. Your partner and you can utilize special attacks called Tag Assaults and tag throws as well as simply “tag” each other in and switch places. “Tagging” your partner lets your other fighter regenerate some health, so strategy and timing are key to staying alive, especially since if one fighter’s health is reduced to zero then the fight is over. Much like its predecessor, Tekken Tag 2’s tag team format is both fun and effective and in no way damaging to the core fighting mechanics. It also encourages the need to experiment to find the perfect team to compliment your playstyle.

As ever, the fighting flows naturally no matter the character and each fighter still feels unique. You will obviously find certain characters that fit your way of playing better than most, but experimenting with several characters is always fun. You will certainly have your chance to find the perfect character for you and try out several since Tekken Tag Tournament 2 features the biggest roster in any Tekken game to date with over 50 fighters making their way to the arena including old favorites like Jin, Heihachi, Paul, Kazuya, and a few returning after years of silence like Ogre and Angel.

Despite the plethora of characters (or because of it), Tekken Tag Tournament 2 doesn’t have an actual story like the previous entries, aside from the small side story mode called Fight Lab. Instead, it makes up for it with plenty of go-to options that take advantage of the great core fighting mechanics. While recent Tekken titles have had flawed ways of utilizing single player experiences, Tekken Tag 2 fixes this with some great modes and execution. Online is a breeze to take advantage of and there are plenty of options to refine your search for opponents. You can search by rank or find one that doesn’t affect your standings. You can find online matches solo or pull out two fighters and go on a tag team. You can even mix that up and partner with another player online. It may be basic, but basic sometimes makes the most fun and the most sense.

Arcade Mode is nothing if not always reliable. Like normal, you choose your two favorite fighters and clear one fight after another until you take on the end game big bads. Through the whole thing you earn cash you can use to customize any character with clothing and accessories. This part, while almost entirely cosmetic, is still great fun, especially if you want to fully trick out your fighter before you take them into battle both online or off.

While most fighting games excel in multiplayer, Tekken Tag Tournament 2 excels in both that as well as the single player experience. In the offline modes, Survival and Time Attack return, as does Ghost Battle. If you’ve ever raced the “ghost” in a racing game, then you know kind of what to expect in Ghost Battle. You face another character with a recorded playstyle of another player. These can be uploaded and downloaded by you and other player which makes for a very exciting alternative to a normal single player experience. Each mode has just enough to keep you occupied if you get bored with the others and plenty of challenges to keep things interesting.

Tekken Tag Tournament 2 is nothing if not beautiful. It’s one thing that the fighting mechanics are fluid to control. It’s something special that Tekken Tag 2’s fighting and techniques actually look fluid as well. Every move looks nearly perfect and the character models are great to view. Aside from the occasional character model overlapping, Tekken Tag 2 is the best looking fighting game on the market today.

One thing that hasn’t changed in Tekken for quite some time is its sound quality, which isn’t necessarily a bad thing. The fighting sound effects and the impacts are still the same recognizable sound bites, which make every impact sound brutal. The music hasn’t changed either. Tekken still gives you the hard rock guitar riffs that accompany the different vistas and locals. It is definitely a bit generic, but people have to admit that it fits with the gameplay.

Tekken Tag Tournament 2 gets it all right in all the best ways. Its solid in gameplay, its gorgeous, and it has plenty of choices to keep you coming back for more. The core fighting mechanics that have made Tekken a staple in the fighting genre are still there and better than ever, but now Tekken Tag Tournament 2 gives you plenty of options that take advantage of it.