Alli took a look at Ethan: Meteor Hunter a few months ago, ahead of it being finished, and found a game that had a lot of potential. Now, fully released on PlayStation 3 and PC, you can now play through the whole time-stopping adventure to your heart’s content.

Does it manage to live up to the potential we saw when we first saw it?

If you didn’t read our original preview, here’s a quick reminder. Ethan: Meteor Hunter puts you in the role of a little mouse who suddenly discovers he has the power to stop time. When time is frozen, he can move things around to rearrange a path for himself.

Do I jump over a pit of lava, stop time, place a block in mid-air beneath me, start time, run as it drops and just make it to the other side, or is there something safer?

Aside from this power, Ethan is very much a traditional platformer. Avoid death by jumping and dodging, while moving from the left to the right as quickly as you possibly can. Other types of platformer must-haves are represented as well, with the likes of “Platform moving left above certain death while obstacles force you to time your jumps” and “Doodle Jump” both making appearances.

Had the developers of Ethan: Meteor Hunter left it at that, it would have been a playable but unremarkable game. It would have been another platformer that just does enough to warrant release, and that occasionally slips up in regards to level design.

The addition of the time puzzles helps out a lot. It doesn’t make the platforming segments any better – the developers have still played it very safe, and it feels almost slow at times – but it does give you a reason to check Ethan out.

That’s not to say that the platforming is bad, per se, but it’s just not very exciting. While something like Super Meat Boy or ‘Splosion Man will change the way you look at jumping from platform to platform, Ethan: Meteor Hunter instead bathes in a glow of nostalgia, in a world inspired by the likes of Mario and Sonic. The problem being, we’ve all see it before.

That’s where the puzzles come in. Freeze time and move things around to make a path. This is sometimes very easy – simply stacking two blocks so you can climb them like a flight of stairs – and others are less easy. An early level has you struggling with multiple sized wooden platforms within a small area, and it takes you a moment to suss it out.

Things get far harder as you progress. 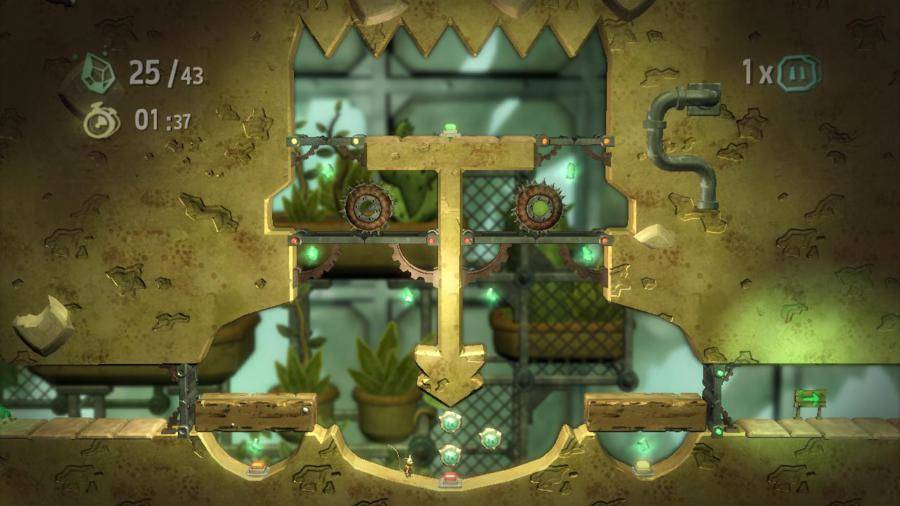 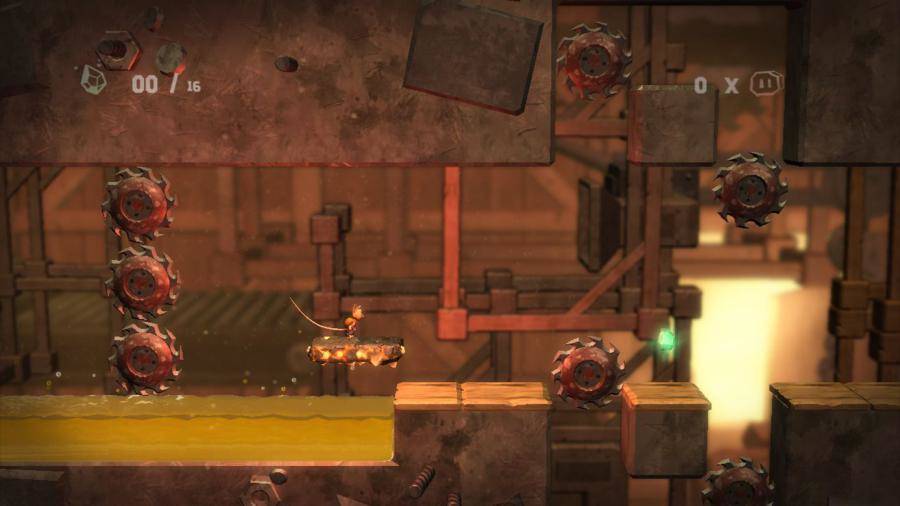 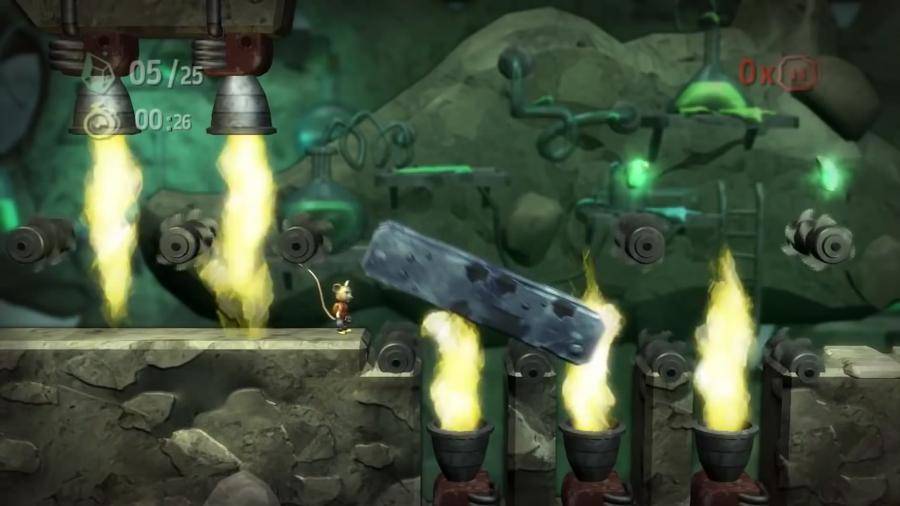 These momentary pauses, seconds of logic, are designed to break up a level and make you think about how to move. Do I jump over a pit of lava, stop time, place a block in mid-air beneath me, start time, run as it drops and just make it to the other side, or is there something safer?

There’s plenty to see as well. Three sets of levels, all in different locations. There’s probably enough there to keep you going for a three or four sessions, and then some clean up/collectables to finish up on as well. There’s enough to warrant the price tag, although probably not much more. Naturally, there are trophies as well.

Although it's a must-buy for platform fans who want something to keep them going until the next big AAA platfomer is released, casual fans may find the premise too dry

There still seems to be only one song and it plays every single level. The graphics aren’t especially amazing either, but perhaps slightly beyond what you’d expect from an indie. The semi-realistic look of Ethan: Meteor Hunter looks better on bigger budget games, and perhaps Ethan would have benefited from cel-shading or from being behind a filter of some sort.

Ethan: Meteor Hunter really does live up to its potential. There always seemed like there’d be limitations, that the focus wasn’t really on the platforming, and the developers have done well within those limitations. It’s a solid start and there’s room to improve for a sequel. It’s an ideal starting position.

Although it’s a must-buy for platform fans who want something to keep them going until the next big AAA platfomer is released, casual fans may find the premise too dry or the main character without any real charisma. For that reason, I’d probably suggest holding off until it’s inevitably reduced nearer Christmas.

Whatever you pay, there’s probably little to be disappointed about.