Payday 2 worked incredibly well as a digital only co-op shooter, its shortcomings easily overlooked thanks to it offering far more value than its asking price. Payday 2 is bigger in scale and comes with a price boost as a result, but is it a crime gone wrong or a heist worth getting behind?

Those that played and loved the original Payday will be happy to know Payday 2 is very similar. Larger in scale, more to do, but very much grounded in the same ideas. There’s a place with money/drugs/assets, and you need to get there and take as much as you can. Things rarely go well, and before long you’re fighting off security guards, police officers and armoured units.

Take it for what it is, an ok game with a unique idea done pretty well

When everything hits the fan, you need to escape, with whatever you’ve stolen, as successfully as possible.

As an basis for a game, it works rather well. In actuality, it feels a little drier. It’s kind of like the difference between Time Crisis and Virtua Cop. The objectives/enemies aside, you’re still just running around shooting people.

The main edge that Payday 2 has over its FPS brethren is that it’s supposed to be played online, in co-op, and that’s where it really shines. It’s at its best when you’re playing with three friends, with mics, and you can talk and plan accordingly. At the very least you need to be playing with people who know what they’re doing, especially on the harder levels. 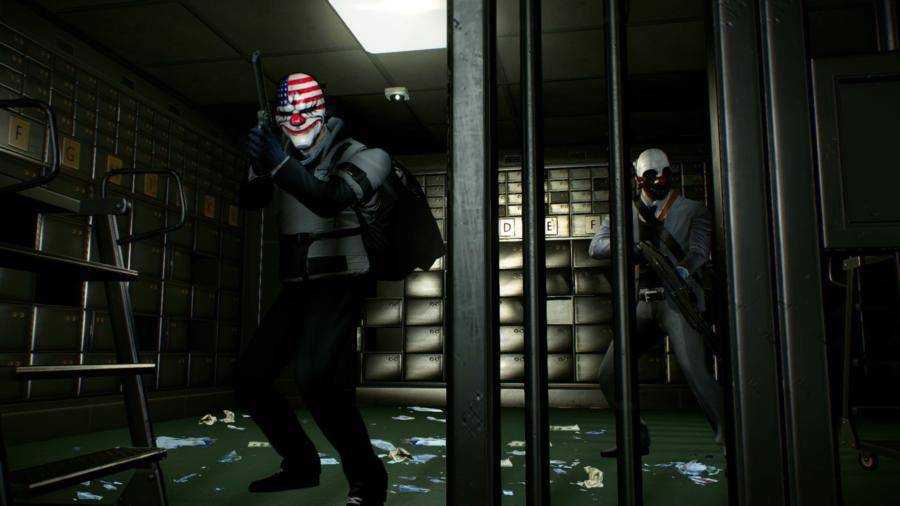 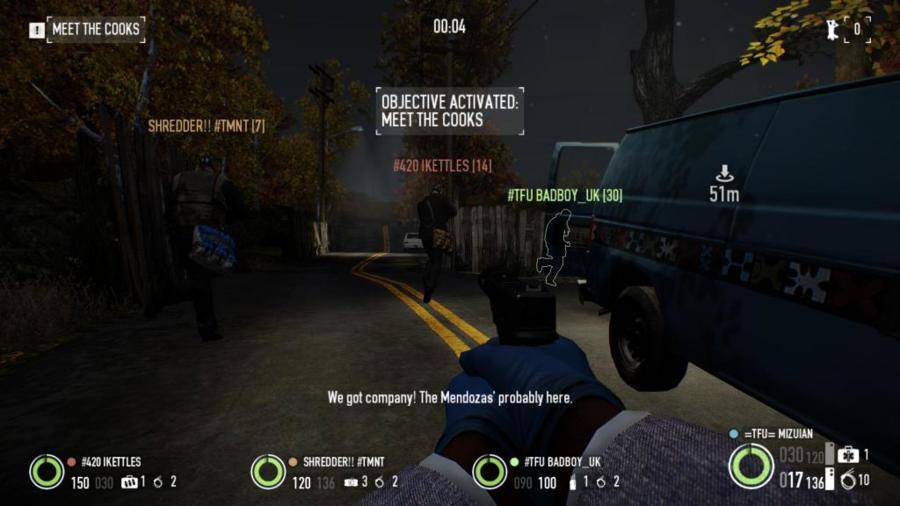 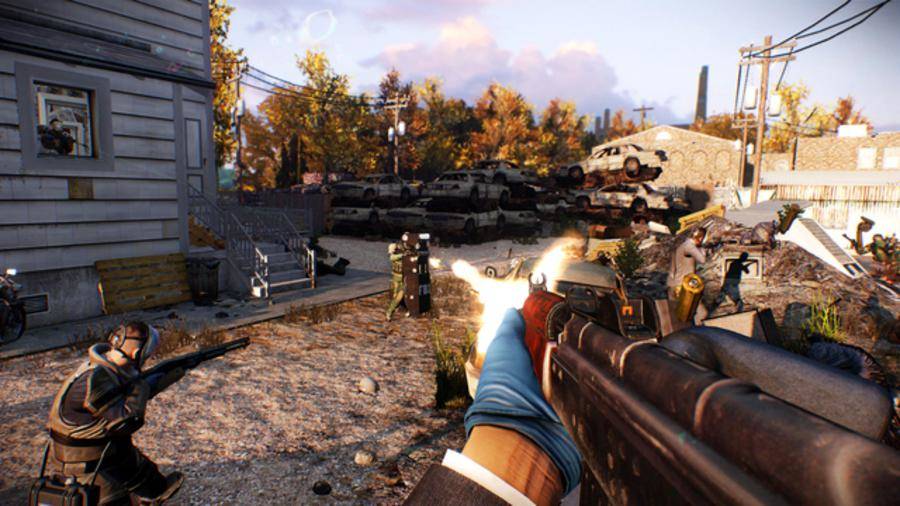 This need for communication and skill kind of instantly discounts the single player experience, which is incredibly frustrating. The AI largely just wants to kill everything and would rather stand and shoot than aim towards objectives. It’s not universally bad, but it’s enough that you’ll probably want to at least try to play with other humans most of the time.

There are a number of different heists you can partake in, and these involve multiple tasks that’ll keep you on your toes. You’ll need a sharp eye and quick trigger finger – especially since the aiming still feels far looser than the average shooter – and there are heists of rapidly varying difficulty. There’s something for everybody here, whether you’re a beginner or an expert.

It’s almost like the original Payday was a test and that this is the first full release. The gameplay really is that similar, and while there are a few major additions – classes, multi-tier missions – these largely affect the way that you play Payday, as opposed to the way Payday plays.

So it’s bigger and longer (and there are trophies that’ll guarentee you get your money’s worth, if you’re into that sort of thing), but it’s not necessarily better. It’s just more.

More isn’t necessarily bad, and in fact, more or less everything you loved about the original Payday returns here. The same characters, the same crazy masks… there’s an RPG-style progression system that allows you to unlock more of the cool customizations that were in Payday and new abilities for your classes. This can result in some balancing issues, both within the scope of the game itself (you become more useful as time goes on) and within individual heists (you need a well balanced team to be most effective, not something that’s likely to happen when playing with random strangers).

This means that there will be times when Payday 2 feels absolutely epic, allowing you to pull off crimes flawlessly and efficiently, and there will be other times when it feels like a grind. Even within the same heists, the enjoyment will largely come from the others you’re playing with.

If you’re one of the talented people that makes each game feel epic, or if you play with the same small group each time, you probably won’t have much of a problem. A single person going in blindly though is likely to have a much worse time of it.

Payday 2 was profitable just from pre-orders, and it’s easy to see why. This is no AAA blockbuster game with realistic visuals, guaranteed to blow your mind. It’s not ugly either – it’s better than some of those early PS3 shooters by far – but fans of Battlefield or even Call of Duty might want to look elsewhere.

It can be relatively difficult at times to work out who’s a “bad guy” and who’s a civilian though, which can make running certain heists rather frustrating. This is entirely down to the art design and may have been intentional, but it almost seems unfair when you’re getting shot by someone who seems to just be a random person.

The sound is fairly generic as well. It’s nice to hear chunks of what I suppose you’d call story as you play, but that’s about all you’ll get.

It’s really hard to knock the visuals and sound though, as the developers have done something right. They’ve focussed on other things, they’ve kept within their budget, and they’ve made a profit as a result. It’s clever, but it’s something only a niche title could get away with, and that’s ultimately what Payday 2 feels like. It won’t be for everybody, but there’s enough there for the people that want it.

Especially on PlayStation 3, where there isn’t the likes of Left 4 Dead to compete with, the need for a decent four player co-op objective-based shooter is great. Payday 2 is that decent shooter. It could have been better, with more money and time, but maybe that’s something we’ll see from Payday 3. For now, take it for what it is, an ok game with a unique idea done pretty well.