Racing games can generally be played in a variety of ways. While those that love Gran Turismo the most might play it as a simulator, it’s just as easy to experience it as some approximation of Mario Kart, crashing into other vehicles on long bends or swinging onto the grass when necessary. NASCAR ’14 is all about tight lines and clever driving, a fact that makes it both very playable and undoubtedly niche.

Down to the Nitty Gritty

If there’s one thing you can say about NASCAR 2014, it’s that it knows what its fans want. There are complaints about it being too similar to previous entries – down to there still being glitches and online problems unfixed for years in a row – but the positives more than outweigh the problems. The main mode, Career, is extremely deep, offering everything you could possibly hope for if you’re a fan of the sport. Tune vehicles, make practice runs, play entire 500 mile races if that’s how you get your kicks – this is all possible, and more.

If there's one thing you can say about NASCAR 2014, it's that it knows what its fans want

This comes with a few negatives. The career mode is hard. Yes, there’s an adjustable slider, but few people will be able to bring themselves to turn it down to sub-30% just for a chance of finishing mid-table. With clever AI looking to exploit your every mistake and a weak starting car ready for customization (but requiring patience), someone with little patience will have long given up by the time the game gets good.

There are other modes where this isn’t an issue, but you’d be cutting off the vast majority of the game by ignoring Career. The option to take on a lighter load – or perhaps a start outside of the “majors” – would allow new players the chance to gradually build to the harder, more in-depth play where every line counts.

Because holding the right line is vastly important in NASCAR ’14. This is a game where making a single mistake will be enough to put you at the back of the pack, left to accept that you’ll probably never make it back up to first. This isn’t a bad thing, it gives you constant reason to think about your driving and how best to overtake, but it’s not for everybody. Having a perfect race and then getting a little cocky on the last lap can mean the entire competition becomes a waste of time. 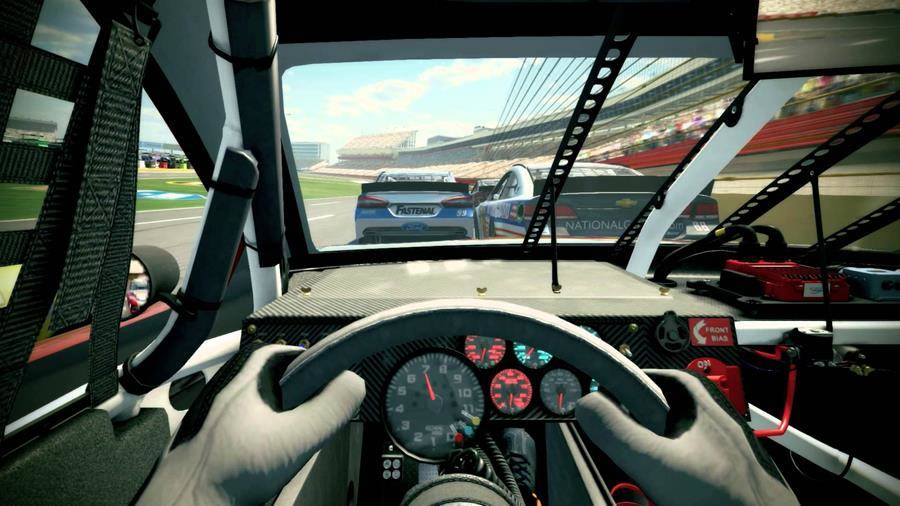 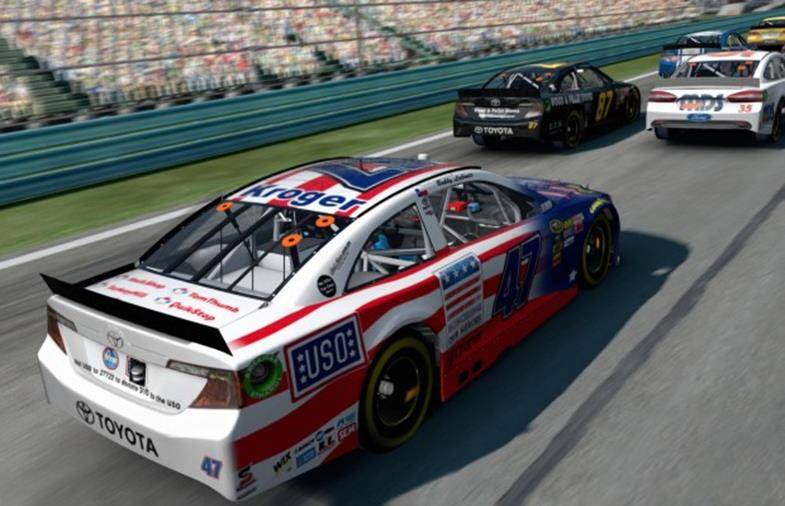 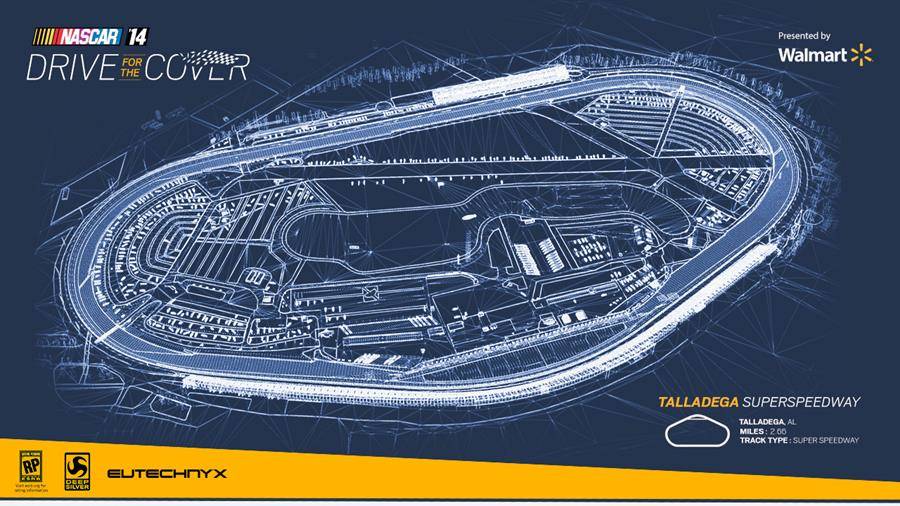 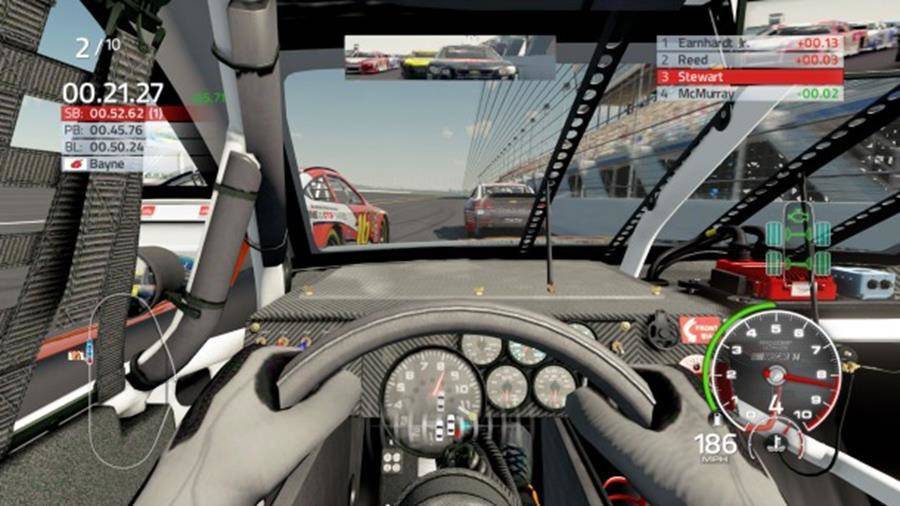 Graphically NASCAR manages to be just right; strong enough that it isn’t entirely ugly but not so pretty that it’ll draw focus. Crowds are underwhelming and the bits and pieces of the tracks themselves are never mindblowing (perhaps because of the nature of the locations).

Your interest in the sport is very much expected, but there's still a lot to love and a decent base upon which to build future entries

With onscreen proximity awareness and a sometimes overly anxious spotter, you’re constantly aware of the players around you. To begin with this seems like a tease almost (because the announcement almost invariably leads to someone overtaking you), but the better your car, the more tactically you’ll be able to play. The spotter, as well as the roar of the engines, is about the scope of the audio work, and again it manages to be passable without breaking any records.

Career mode, for the right person, offers an almost endless amount of possibility. You could potentially spend days on a single set of races (although you can scale things back if you want a faster experience). If that’s not enough for you, there’s the online play which, while still buggy, is a chance to check out more real competition.

Glitches and general problems still exist in every part of NASCAR ’14, and loading times can make things uncomfortable as well. That doesn’t mean that someone dedicated enough to play hundreds of hours in Career will be disappointed, but they’ll want to prepare themselves for occasional setbacks.

NASCAR ’14 was never going to be anything but a niche release, especially here in the UK. Despite that, it’s a confident outing that does what it does better than anything else on the market. Your interest in the sport is very much expected, but there’s still a lot to love and a decent base upon which to build future entries.