Video gaming’s first yellow circular celebrity has turned 30 this year, and instead of getting trashed with friends Inky, Blinky, Pinky and Clyde, he’s taking a trip down memory lane, through the highlights (and low-lights) of his prestigious career. The price of entry is high, and it doesn’t have absolutely everything it should, but, for a casual fan looking to relive the coin-swallowing glory days of Pac-Man, this is the last game in the franchise that you’ll ever need.

The biggest surprise of Pac-Man Museum is how rarely Namco stuck to the core gameplay. When you think of Pac-Man, you think of travelling around a large maze, avoiding ghosts and picking up pellets. When all the pellets are gone, you move onto the next level, with slightly faster ghosts, until you lose all your lives. If that’s what you thought was the be all and end all of the Pac-Man universe, you’ve going to want to take a second look.

So, all in all, this isn't just a set of nine very similar games. There are variations on a theme, sure, but the variations make each stand out

From the very get go, they were trying to find new ways of shaking things up. 1982’s Super Pac-Man was a lock-and-key game set in the same maze as the original, but challenged you to think a little more about the order in which you did things. Pac & Pal shook things up again, and long-time followers of all things Pac will know how important this release is as part of the collection.

There are a couple of spin-offs included in the set as well, including the Tetris-inspired Pac-Attack and the “trippy” side-scroller Pac-Land.

So, all in all, this isn’t just a set of nine very similar games. There are variations on a theme, sure, but the variations make each stand out. For that very reason, there’ll be good and bad, titles you like and titles you don’t. There’s no guarantee that your favourite part of one game will make it to the other, and so you’ll probably ignore anything that doesn’t appeal. Some of the games – Pac-Land springs to mind – just aren’t that good in the first place, and so checking it out is as a curiosity alone. 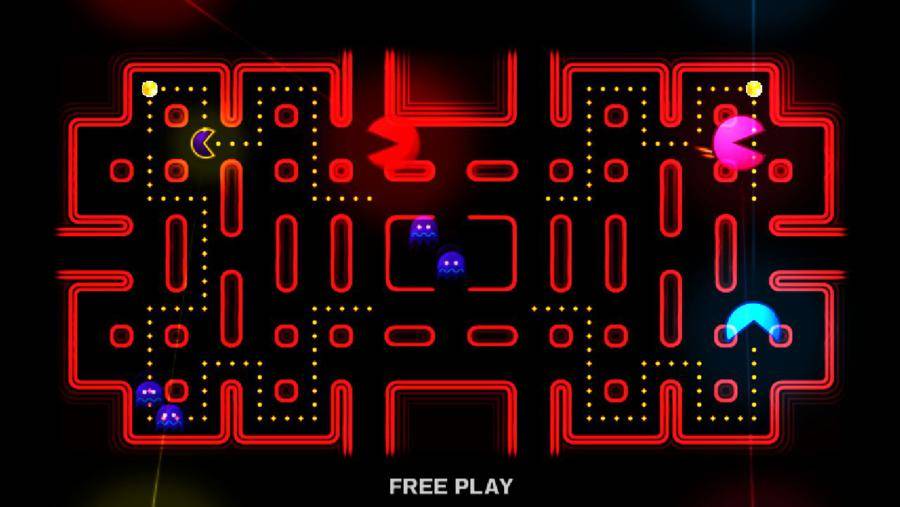 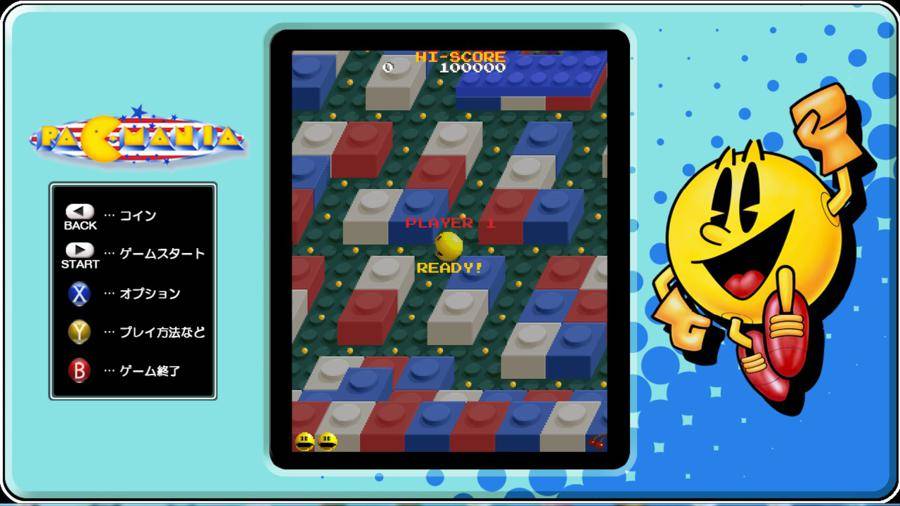 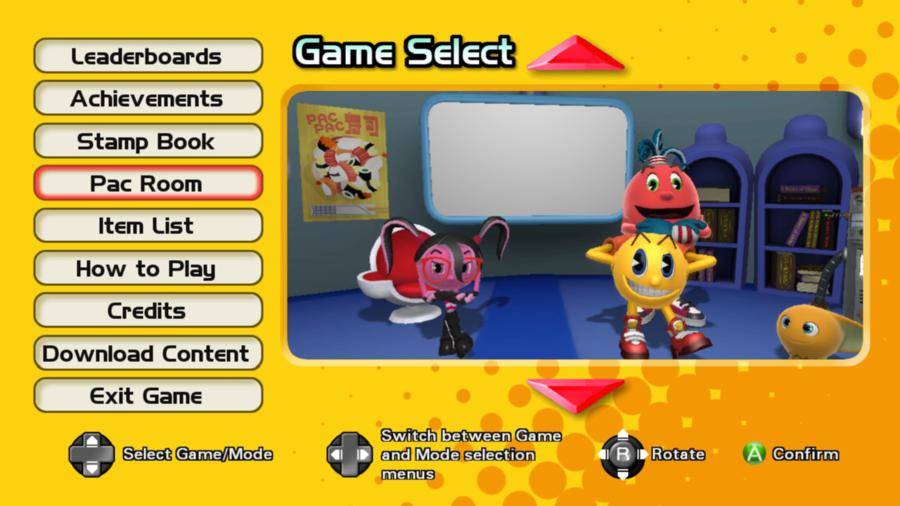 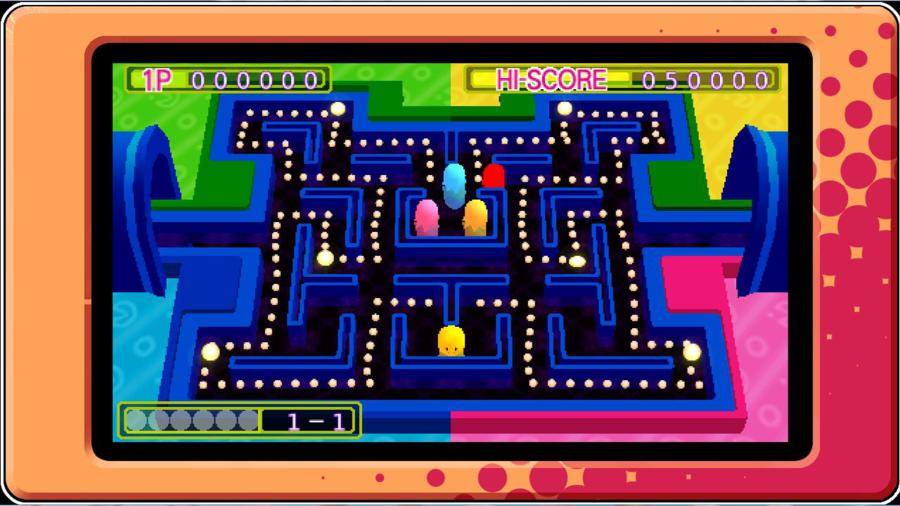 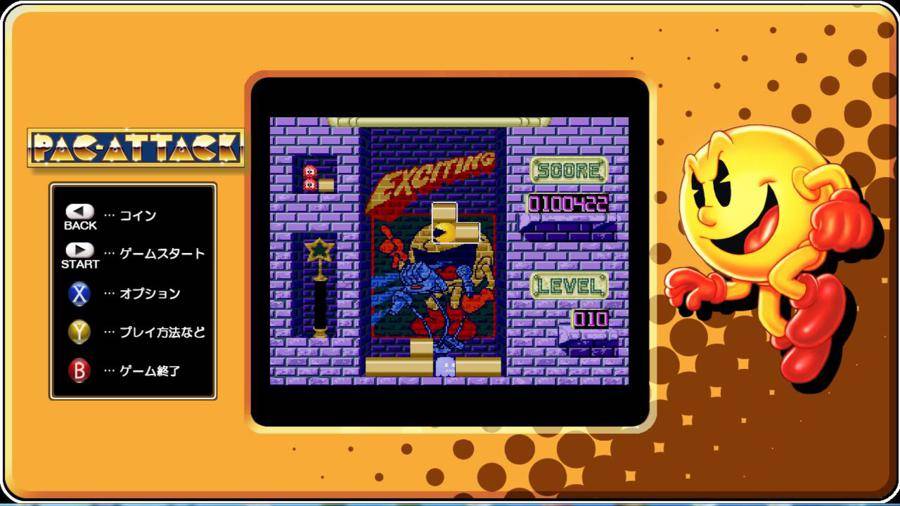 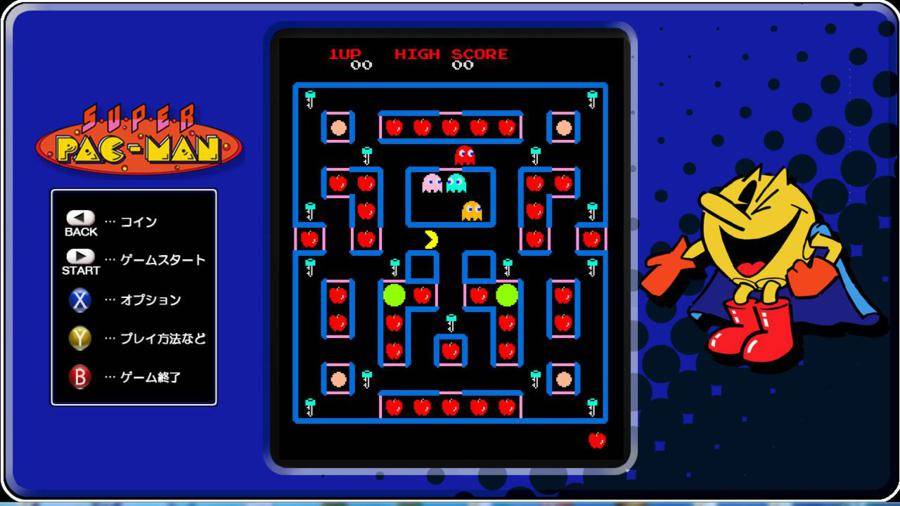 In terms of included titles, core fans might be disappointed that it’s the original Championship Edition included rather than the Championship Edition DX+. It’s a minor complaint, but the upgraded edition would have been preferable. Ms. Pac-Man is an extra download, and will require a $4.99 purchase if you try to get it beyond March 2014. People who dislike such things will be angry to hear it’s a 100kb unlock key, meaning the game is already downloaded to your system.

Also included is the previously arcade-only Battle Royale, which is a little bit unusual in its own right. Up to four Pac-people face off against one another, trying to knock their opponents into ghosts, or trying to swallow them up. It’s a nice addition to this set, and not only because it’s the only place to get it. Battle Royale is another look at how Pac-Man can be done differently. It lacks an online component, which will make it underwhelming to people who miss out on four-player battles, but it’s still a lot of fun.

On top of the actual games, there’s stuff to unlock and work towards, adding an extra edge to many of these already well-loved games. Stamps are rewarded for doing certain things in each of the games, and are more difficult than they should be. There are expected achievements, that’ll have you beating a certain high score, but there’s also stamps that reward you for playing for so long, or eating so many ghosts. It’s a numbers game, often, and that’ll mean a lot of people just don’t bother.

It does exactly what it says on the tin, allowing you a wakka-wakka down one of the biggest gaming franchises of all time

You can unlock a lot of other stuff as well, and online leaderboards allow you to keep working towards the high scores. It’s a shame that these only exist outside of the games – understandable, but a shame. It means you have to go back to the slightly wonky main menu each time you want to see how you’re doing.

Trophies are equally frustrating, and actually I can’t help but think nobody will ever make it to the 100% mark. They largely consist of earning stamps, which is already difficult enough as it is, but there’s also a trophy for playing over a hundred hours. Yup.

To be fair, this is a title that desperately needed a platinum. There’s enough content here, and it would have made playing each individual title more time-worthy. Unfortunately, that didn’t happen, and you’re left with a kind of generic list that you probably won’t look twice at.

Don’t buy if you’re not specifically interested in the included games. The trophies aren’t worth it, and there isn’t enough additional material to warrant re-buying, especially not at the price they’re asking.

Pac-Man Museum is a nice set, hindered by a few strange decisions. You won’t be disappointed by what’s on offer – it’s pretty much a must-have list of Pac-Man’s history – but you might easily come up with ways it could have been better, especially if you miss out on the Ms. Pac-Man free DLC deal.

It does exactly what it says on the tin, allowing you a wakka-wakka down one of the biggest gaming franchises of all time.