At the heart of every Walking Dead story is the disintegration of humanity and the ultimate loss of innocence: when civilization is stripped away, the world turns into a cruel, dark place where death becomes the only place to be safe. With their single-handed resurrection (and revolution) of the point-and-click adventure genre, Telltale Games’ Walking Dead: Season 1 delivered one of the most harrowing, emotional gaming experiences in recent memory – showing the TV show (and reminding the comic) how to tell a heart-wrenching (but satisfying) narrative in the post-apocalyptic universe of The Walking Dead. And they’ve done it again with 400 Days (an episode bridging the gap between seasons one and two), though the ambitious form the episode takes ultimately holds it back.

400 Days: Eating and Studying the Mind

There are five different stories told in 400 Days, ranging from prisoners struggling to survive in the immediate aftermath of the zombie infestation to factions trying to keep hope alive over a year later. Each story overlaps in subtle ways, detailing events over 400 days at a highway truck stop and the surrounding roads. At times, some of these narratives touch on similar beats as Season 1 (groups not trusting each other, negotiations over the lives of people, zombie attacks, etc), but there are a few episodes that find new wrinkles to the tried-and-true TWD formula of introducing people, ripping their hearts out, challenging their sanity – and ultimately, forcing them to contemplate embracing evil. 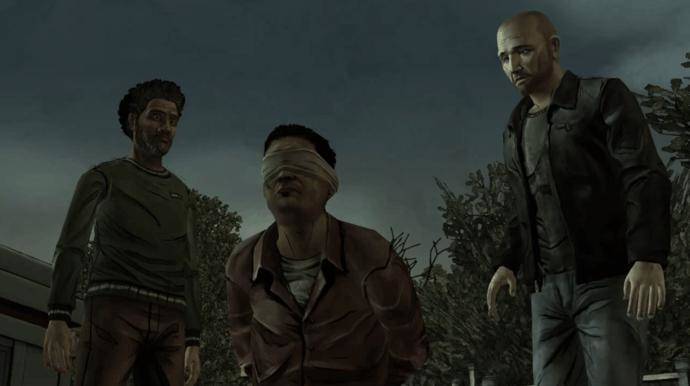 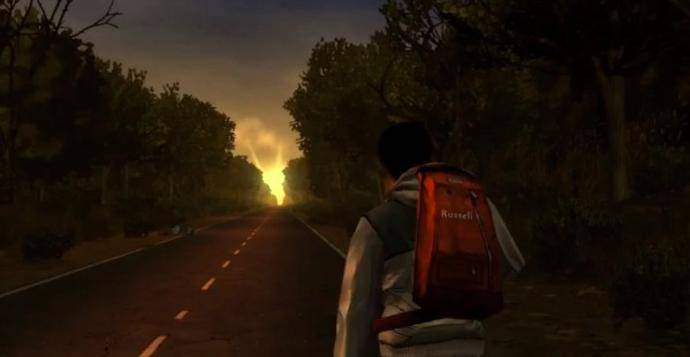 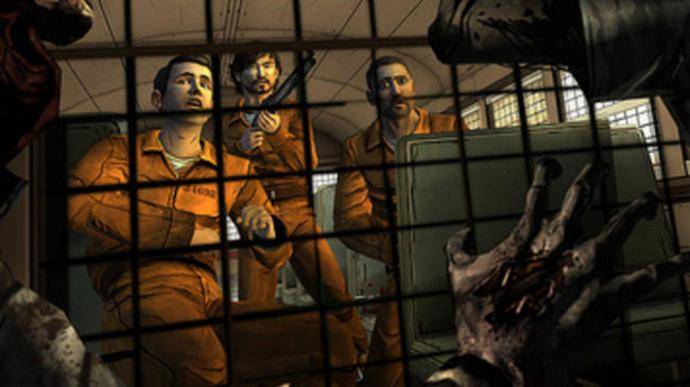 The highlight of the five (though all are entertaining in their own right) comes from Shel, a women faced with making a series of devastating decisions (though who isn’t in these games?). Without giving it away, Shel’s story is similar to that of Lee’s throughout season one – but instead of Shel physically protecting a child, she’s trying to psychologically protect them, unable to do much but contain the cracks forming in a teenager’s sense of morality. Again, we don’t spend enough time with these characters to take these emotional dynamics to the next level, but Telltale does a great job utilizing what time they have.

After completing all five vignettes, a brief epilogue details the decisions you’ve made with the five characters, and how those have come to affect their mentality of the world around them. I’ll refrain from talking about the conclusion for the sake of spoilers, but let me say this: 400 Days is all about community, and asks whether its possible to preserve it in a splintered world.

we don't spend enough time with these characters to take these emotional dynamics to the next level, but Telltale does a great job utilizing what time they have.

As expected, 400 Days looks and sounds terrific, especially when played on consoles or PC. I played both the 360 and iOS versions – and though I found some of the low-res textures and simplified facial models a little noticeable, it’s still a gorgeous looking and sounding game on handheld screens (albeit with the occasional technical hiccup here and there).

Controls are also virtually the same: there are less complicated corridors and places to get stuck in when walking around in 400 Days, which actually works to the game’s advantage (especially with the iOS’s touch controls): less time walking around in circles, getting stuck in corners, or trying to find the last item to examine in a room means more time enjoying the game’s unsettling stories and anxiety-inducing dialogue situations, where lives are always on the line.

Walking Dead: 400 Days clocks in at around two and a half hours of game, largely dominated by cutscenes and dialogue choices – and after a few frustrating and/or repetitive sequences in the first five episodes, I didn’t mind letting the narrative and atmosphere dominate most of the experience. 400 Days is a thoroughly enjoyable DLC, a tantalizing holdover until season two later this year.