Defense Grid has been around for a few years now, but many gamers have discovered it because it’s one of the free games that came with a Gold subscription to Xbox Live. Those who missed their chance to grab it for free should still take look at this old gem because, much like its main character, it withstands the test of time rather well.

Defense Grid is a tower defense game that puts players in control of a series of bases where they defend a computer core from waves of enemies. The player is trying to protect an artificial intelligence named Fletcher who was uploaded long ago to the computer network of a planet that has been ravaged by war. Fletcher was once human, and has had a rough time with the transition to AI. He’s gone a bit eccentric and also has emotional difficulties when discovering the damage done to his world between the time his human life ended and his awakening in AI form.

Players essentially have to analyze maps for chokes points, then choose what places to block off with their towers

The tower defense genre isn’t known for grand story-telling. Zombies are bad, and Plants fight them for some reason. Defense Grid on the other hand uses their AI character to provide players with an emotional connection to the “Cores” that they are defending. Fletcher is a fatherly mentor, often comparing the player to his own son, and making desperate pleas to protect his cores when the enemies get the upper hand in a battle.

A Reason to Care

The story is well-told, but the action still boils down to the standard “Fight off the space bugs” gameplay that is typical for Tower Defense games. Players view the battlefield from a top-down god’s eye perspective, and need to set up a series of turrets to thwart the invaders. The turrets are controlled by AI, and the enemies plod along like space lemmings to their doom, always taking the most direct route to their goal. Players who use good tactical thinking and efficient resource management will win the day.

Defense Grid has a science fiction setting that gives players a selection of towers that use bullets and energy blasts to zap the bad guys. There is a very wide selection of towers which have different areas of specialization. A basic tower targets single enemies, while a flamer does damage to groups, and powerful cannons can strike from a distance. Then there are support towers that slow enemies, assist in gathering resources, or excel at killing arial enemies. All of these can be upgraded forcing players to choose between concentrating firepower on specific areas, or spreading it out across the level. 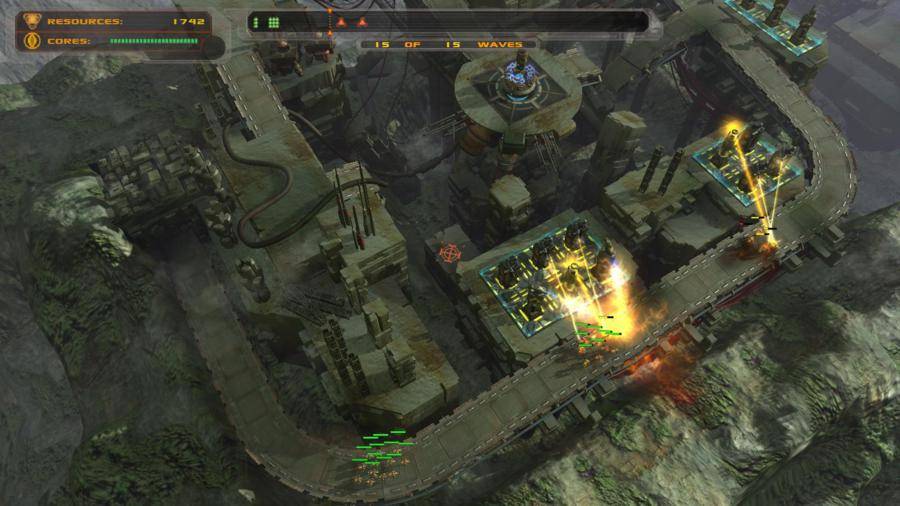 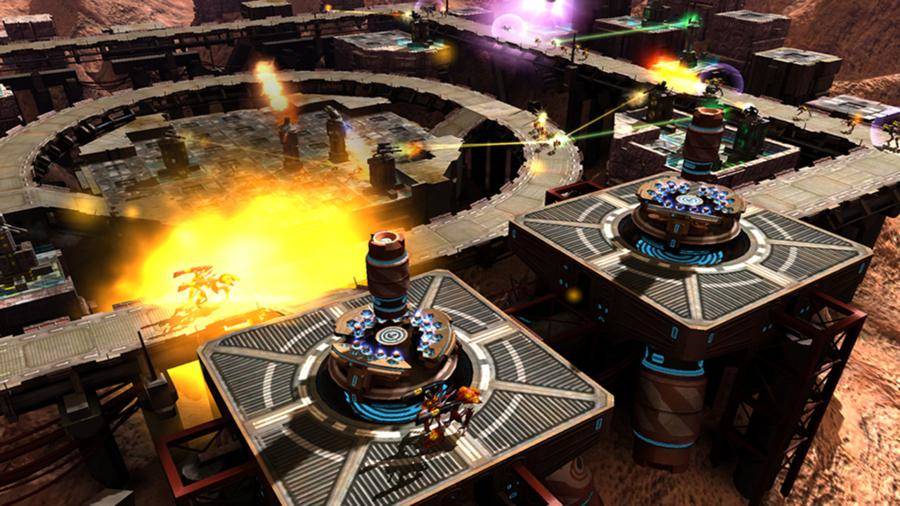 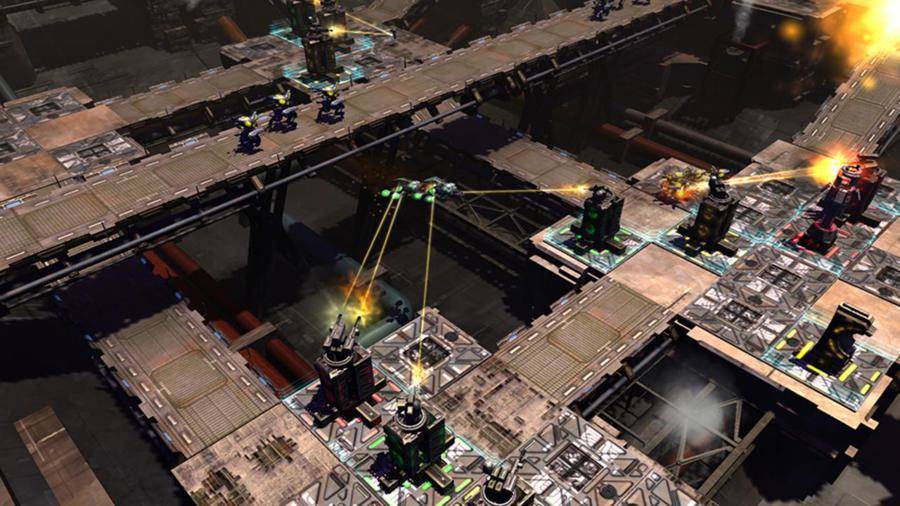 Most of the above is standard fare for this genre, but Defense Grid has a few notable features. The maps give limited places where towers can be built, and there are no “Wall” units. This makes it difficult to use traditional strategies like building mazes. Players essentially have to analyze maps for choke points, then choose what places to block off with their towers.

Because enemy AI will sometimes choose the shortest route over the least dangerous route, it can be difficult to build an effective strategy without using trial and error. Players may needlessly block off routes that the enemy is just too dumb to exploit.

The maps do have numerous Correct ways of winning

There are twenty maps that form the campaign, plus some paid DLC, so there is a decent length to Defense Grid, however simply beating the story is just the beginning. Every map has optional modes that place restrictions or variations on gameplay.  The maps do have numerous “Correct” ways of winning, so replay is definitely an option, especially for players who can get creative with their base-building.

There is no co-operative or versus mode, so Defense Grid has players competing against themselves for high scores and achievements earned by beating the levels in the most efficient manner possible.

Defense Grid was an odd addition to the recent Xbox Gold free game line up, but players should still consider it to be a worthwhile purchase. The serious attempt at story-telling, combined with the significant challenge of the later levels should keep strategy players engaged for quite a while. It is out now for Xbox 360, PC and Mac.