Trials Fusion is the newest title in the physics-defying bike series. In this game, you have to earn medals across a variety of tracks. You earn the medals through completing these stages in a certain time, and beneath a certain crashes. If you’re worried about crashing, there are a lot of checkpoints throughout, which you’ll soon find are very much needed. The game gets quite difficult at the end, and earning enough medals for the next series of courses might become a struggle. Nevertheless, the game is fun to play and even more enjoyable if you bring some friends to join the dirt racing madness. The controls can be hard to get used to, so some practice might be necessary.

The track design in Fusion is pretty good. The game manages to stay true to its roots, while adding even more excitement to the tracks. The backgrounds are filled with explosions, collapsing buildings and other extreme stuff. There are often different routes to choose from as well, so that it can take multiple tries to find the best path.

The backgrounds are filled with explosions, collapsing buildings and other extreme stuff

The general design differs from frozen towns to jungle temples, and from regular dirt bike courses to military bases. There are tutorials spread throughout the game, most of which explain techniques to help you cross levels ahead of you. This way the developers manage to keep the tracks tricky, while maintaining a gamer friendly experience.

There are 3 different game modes in Trials Fusion: The regular races have you running a course as quickly as you possibly can. In ‘FMX’ you have to do a trick show. 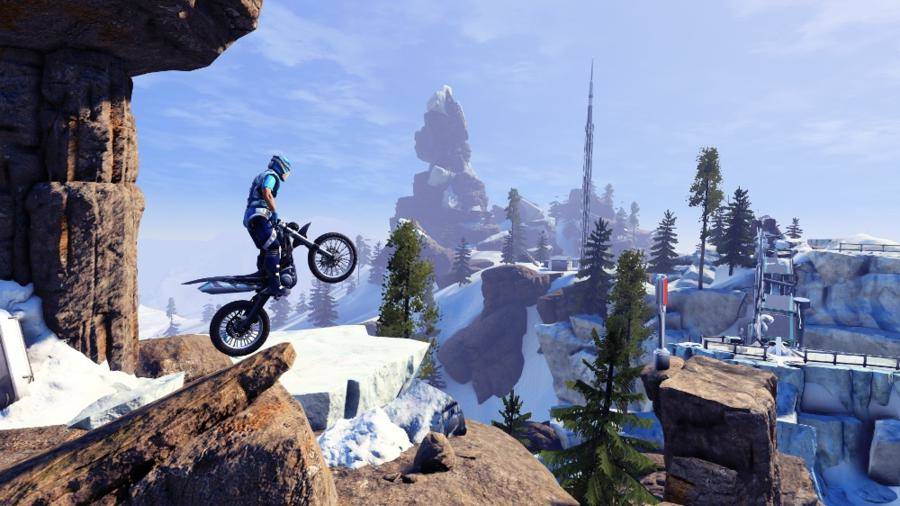 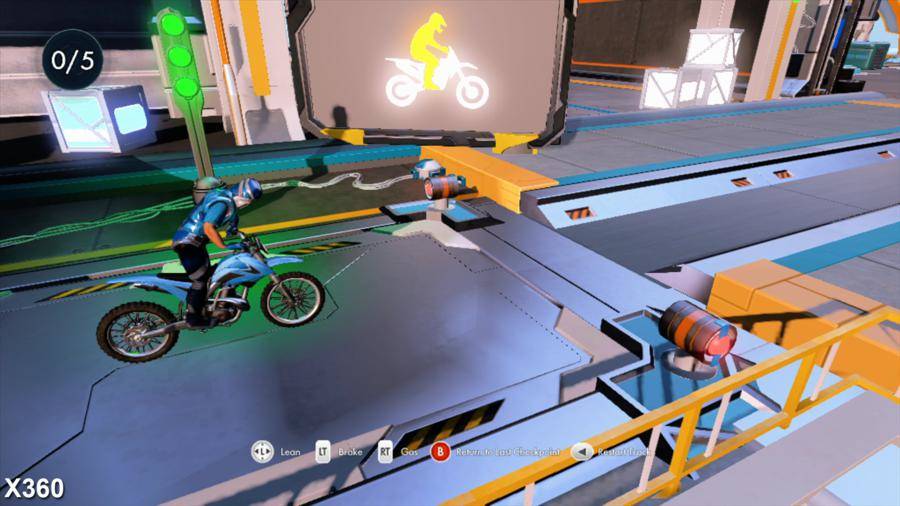 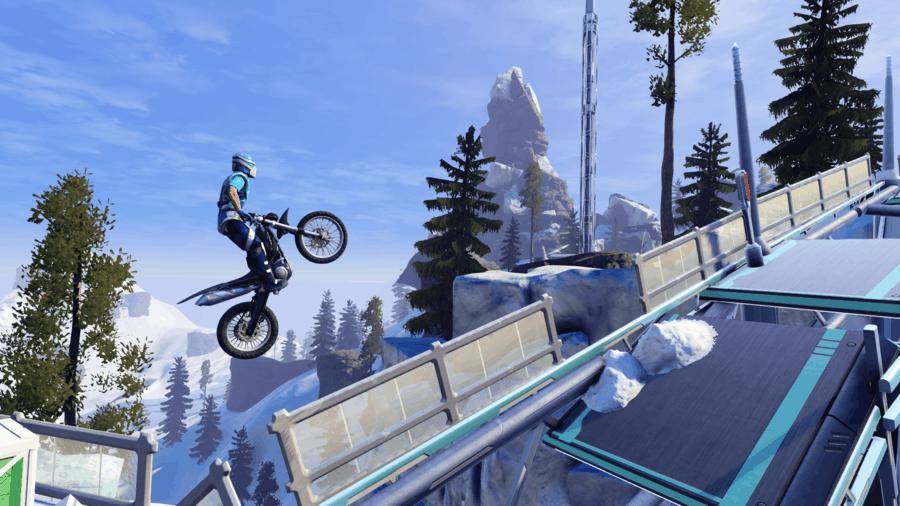 The harder and longer the stunts, the more points you score. If you fail to land however, the points will be lost. The last game mode available is ‘Skill Game,’ in which you need to show off different skills, from jumping as high or as far as possible, to performing the longest wheelies.

Trials Fusion also has a local multiplayer mode. In the local multiplayer you can pick a series of tracks, in which you will race side to side with your friends. Every time you crash or get to far behind on the other player, you lose a point. You start with 9 points at the start, and get one extra point if you cross the finish first. The multiplayer mode has its own tracks. The tracks are easier than in the ones in Career mode, and there are not many of them available, which means it can get dull fairly quickly.

The game is fun to play, and even more fun if you bring some friends

If you’re looking for something to play with your online friends (enemies), there’s a great set of leaderboards on every single player level. This is where most of the replayability lies, and you’ll find yourself addicted if you find the right competition.

Trials Fusion has a great soundtrack the perfectly matches up with the design of its tracks. There’s only one song on the menus though, and it repeats constantly. This might get annoying, because it’s pretty short, and you’ll be hearing it a lot. The graphics in the game are good, but not outstanding. There are a few minor graphical bugs, but you have to search for them to find them. The many explosions and moving backgrounds are very impressive.

Trials Fusion is a solid game, with a challenging set of tracks in the career. It looks and sounds good, but there are a few graphical bugs and the music gets annoying after a while. The controls might be hard to get used to and the lack in multiplayer tracks makes it dull after a while. However, there are fun modes to try and Fusion is definitely worth checking out. Just don’t expect to be spending the next few months into this game – it knows how to get your attention, but perhaps not how to keep it.