Nearly five years since the release of the smash-hit arcade game Castle Crashers, indie developer The Behemoth has finally released their long-awaited third title, BattleBlock Theather. The game, which has been perpetually delayed since its initial reveal in 2010, was launched on Xbox LIVE Arcade in April 2013.

BattleBlock Theater has players taking the role of a group of prisoners, taken captive by a group of masochistic cats with an unhealthy obsession with theatre. Prisoners make their way through a number of levels, set to look like stage plays, which will have players collecting items and finding their way to the exit.

The game’s mechanic is somewhat reminiscent of the old Wario Land games, in that there are no lives or health. Your character can technically die, but will just respawn at the nearest checkpoint. This is where the puzzle aspect comes into play, as players will need to utilize their environments effectively in order to find all the collectables and reach the end. 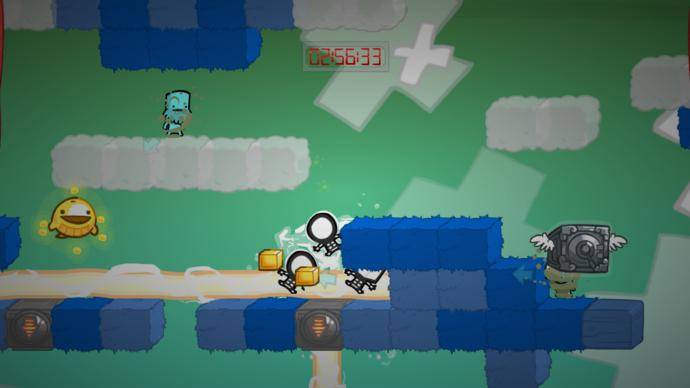 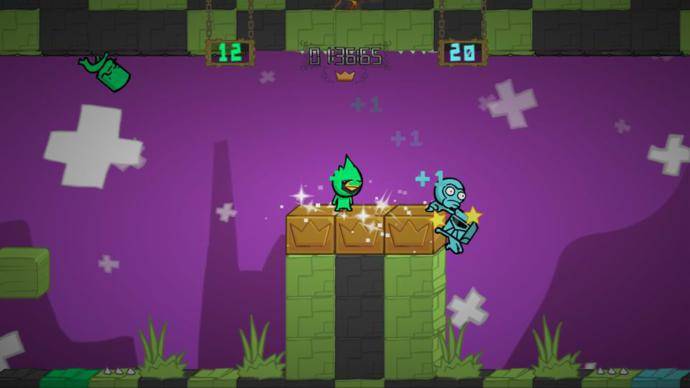 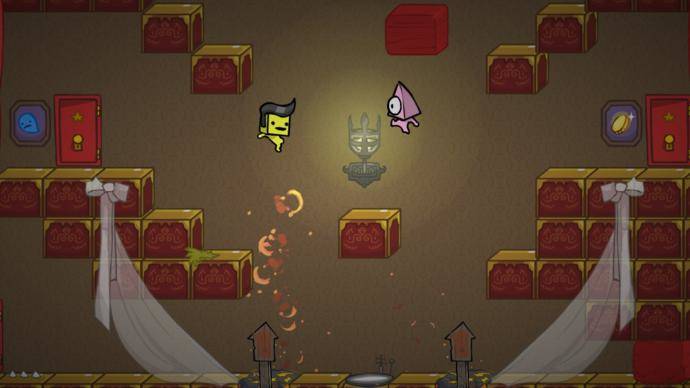 While simple in design, this puzzle-platformer hybrid provides depth in its level design and character customization. Instead of being saddled with one character, players have the option of building their own prisoner based on a huge pool of unlockable characters and weapons, which can be swapped in and out on the fly. These characters and weapons can be bought in-game using the collectable items found within the different levels.

After the first set of stages, the levels in the main story mode quickly become complex and will typically require multiple playthroughs in order to get everything. The game is paced very well—as soon as you’ve figured out one type of obstacle, you’ll be introduced to a brand new one, necessitating a new way of thinking.

BattleBlock Theater also boasts a very impressive multiplayer offering. In addition to solo mode, the main story also offers a co-op version, which drastically changes the gameplay to incorporate more team-oriented puzzles. The game also features a set of co-op and 1-vs-1 multiplayer mini-games in the Arena mode.

What I found most impressive, however, was the robust level design and sharing functionality. Players can design their own intricate sets of scenes and package them together to share via Xbox LIVE. The level creator is very comprehensive, and allows for maximum user creativity. The handful of user-created levels I found were so well designed that I actually found myself playing them almost as much as the regular game.

In the same vein as cartoons like Adventure Time or Spongebob Squarepants, BattleBlock Theater revels in the absurd, taking its developer’s trademark sense of humor and turning it into a focal point. The game is riddled with hilarious moments, beginning with the outrageous intro video recounting the story of Hattie Hattington and the S.S. Friend Ship. The bright visuals and quirky animated style embodies the silly nature of the game’s storytelling. From the goofy character models to the gratuitous cartoon-esque death scenes, this game is fun to look as well as it is to play.

Of course, the game’s style is best exemplified through its music. Just like Castle Crashers, BattleBlock Theater’s level music pays homage to the 16-bit era, with hundreds of beeps and boops strung together to create catchy melodies. Your experience through the game will be accompanied by an all-too-excited narrator who will verbally react to nearly everything you do. While this is mostly hilarious, it can become tedious once he begins repeating himself (fortunately, you can adjust the amount to which he provides commentary). I should also mention the narrator is directly responsible for one of my new all-time favorite level tunes:

BattleBlock Theater is a fun, addictive and highly stylized nod to the 16-bit platformers of the past, and oozes with hilarity at every turn. While the game’s concept is simplistic, players are given several ways to enjoy the game, both on their own or with others. I would easily recommend this game for all types of gamers, except of course those without an appreciation for the silly or the absurd.