5Based on
1 rating
Login / Register to rate.

The Hitman games were a master class in stealth and player choice when they were originally released. Agent 47 could find a thousand ways of eliminating any target and sneaking out without anybody being any the wiser, and playing again and again to improve your playthrough was a big part of the way the series worked. With Absolution, the latest in the franchise, now available in stores, this HD collection is a nice way of comparing how the series has evolved and, in a wider sense, how the gaming industry has changed since the turn of the millennium.

The Hitman HD Trilogy contains three classic Eidos games. Hitman 2: Silent Assassin, Hitman: Contracts (a semi-remake of the first game) and Hitman: Blood Money. These games span four years and each has its own positives and negatives, even at release. Today they can feel a little archaic, especially when compared with the silky-smooth Absolution, and the open design of the levels – the very thing that got us all so excited over a decade ago – feels like it needs a little more structure. 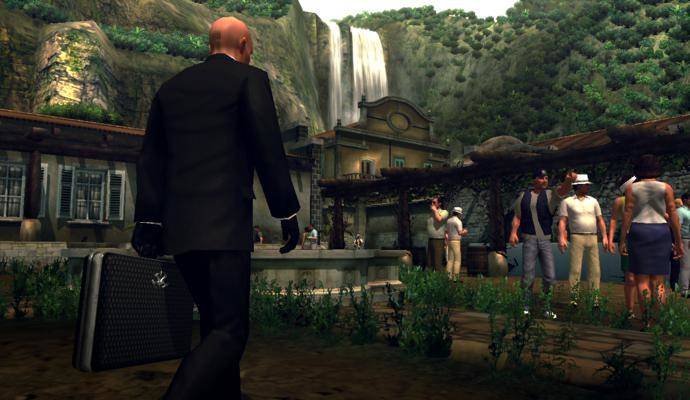 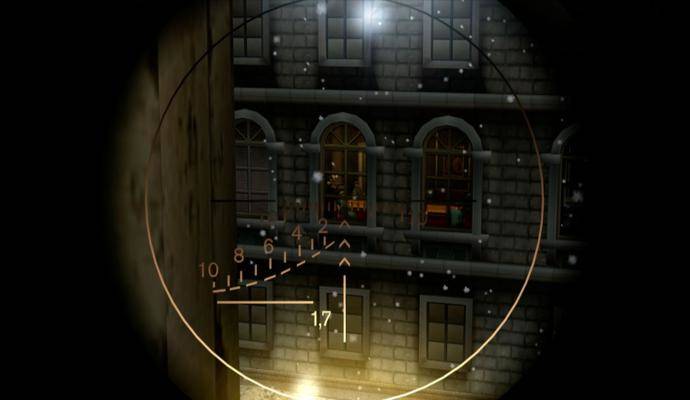 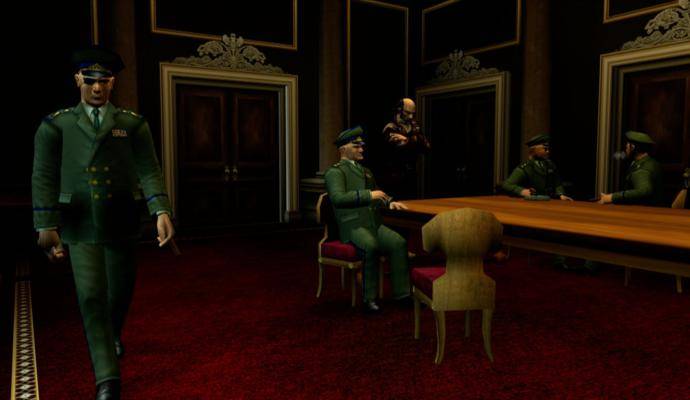 Hitman was always a franchise built around choice, and it is often in this way that the games fall down. You’re given a target, dropped in a location and are required to eliminate that target by any means necessary. That might mean disguising yourself as somebody with more ready access to the target, or perhaps it’ll mean buying a sniper rifle and standing at exactly the right point at the right time and shooting perfectly. As often as not, both are viable solutions and it’s only through continued attempts that you’ll really perfect your playthrough. If the AI was better, less random, this would be fine, but even with trial and error you never feel entirely comfortable.

It is perhaps that the games, especially Hitman 2, are so unforgiving that they feel so dated. Stealth can be a haphazard process and sometimes relies as much on luck as skill. Actually, that’s probably not fair; it’s timing, not luck that rules this series, and getting Agent 47 into the right place at the right time will take an awful lot. If you succeed in blagging your way past the guards and assassinate your target, you’ll still have to escape unharmed and your character is terrible in open combat and even worse in close quarters.

I wouldn’t have it any other way. Knowing that death is very close makes the stealth very tense, but it also makes the combat (because you are going to screw up) exciting as well. It can be very boring to repeat missions, but, for that moment before you are killed, this is a series that shines.

More modern gamers will find the series as a whole tedious and in many ways they’re right. The Hitman Games aren’t massive if you know what you’re doing, and, if you already spent hours on each level back when they were first released, you’re unlikely to find any real reason to return. All Square Enix have done is polish things up a little, make it compatible with today’s consoles. That’s all you can expect, of course, but in a game that’s extremely finicky and not always very smart, the graphics aren’t really what needed fixing in a re-release.

These three games offer almost all of Agent 47’s story and the Sniper Challenge gives a brief glimpse at Absolution, so somebody new to the series can see almost everything it has to offer at a very, very good price. As the series progresses, you’ll see how well Eidos adapted their basic premise to changes in trends and in reaction to reviews. Silent Assassin is very open but ultimately leaves the player to work things out for themselves far too often; Contracts improves upon much of the gameplay in Hitman 2, but will be most enjoyed by those who played the original PC game; Blood Money is definitely the best, maybe of the series, and the open nature of the levels seems a little tighter.

As individual titles, there’s a definite progression and the first game on these disks will likely put some people off the series for good. As a whole, and in the context of this HD trilogy, it’s difficult to complain too much. This is one of those franchises that are just worth playing, but allow for a decade or so of dust when you hit start.

Although the graphics have been improved upon for this set, it’s been done so that it’ll fit nicely on your 40” TV rather than in a way that’ll actually make the games look nicer. Blood Money – already available on Xbox 360 – is definitely the nicest of the three and doesn’t look too bad; the others are almost certainly going to lack any shine of modern graphics. We’ve seen what can be done with HD collections – the Metal Gear Solid collection springs to mind – and the Hitman Trilogy fails to stand alongside them. With that said, they were hardly examples of fantastic visuals at release, so lower your expectations.

The audio in these games is as good as you’ll remember it, which is to say you probably don’t. Aside from the fantastic David Batesman – who provides Agent 47’s steady, calm, always confident voice – there’s not an awful lot to write home about. The score by Jesper Kyd is more than passable, but not nearly as memorable as his work on Assassin’s Creed II.

You won’t find much to complain about here and it’s the only part of the game that you don’t need to let off for being at least seven years old.

Hitman is a franchise worth playing. It’s aged badly, the controls are working against you and sometimes you have way too much choice, but it’s also a nice reminder of how far gaming has come. These were games that we used to give 10/10 to, these are games that used to be GOTY contenders. By today’s standards, they just can’t stand. Trial and error just isn’t fun and, if we’re honest, never was. But with all the negatives, these are three games that, if you can get into them, will give you hundreds of hours’ worth of entertainment and at a budget price. If you’ve never played this series before, check out Absolution and don’t look back. If you’re looking for a nostalgic trip whilst armed with double ballers and some piano wire, you can’t go wrong.

Just be warned that sometimes things aren’t nearly as nice as we remember them.