To say that Final Fantasy XIII was a huge success would be a pretty major understatement. For the first time, fans of the record breaking series were given something that offered everything a Final Fantasy game could give, with the added bonus of some stunning next-gen graphics and the all important movie-like cut scenes that turn this incredible instalment into more of a video game epic.

Final Fantasy XIII-2 is a sequel to its predecessor. It focuses on the story of Serah, the younger sister of Lightning Farron who has mysteriously disappeared following the events of the previous game. Serah is forced to travel through time with her combat partner Noel Kreiss, who claims to know of Lightnings whereabouts. They slowly but surely find themselves piecing together the puzzle in time that will hopefully conclude with Serah and Lightning reunited.

There is no doubt that, despite its release as a separate game, XIII-2 is more of an extended addition to the story of XIII. We learn a lot more about characters such as Serah, who featured as an unplayable character in the previous game, and there are a few cameos from some of the other older characters with Sazh, Hope and Snow all making an appearance. Most importantly though, the game has an inspirational storyline and certainly manages to emulate the emotion and drama of any other Final Fantasy instalment. Like most in the series, Final Fantasy is a game that must be played from the start if you’re going to understand the incredibly detailed storyline, so I wouldn’t recommend picking this game up unless you’ve already experienced XIII from start to finish. 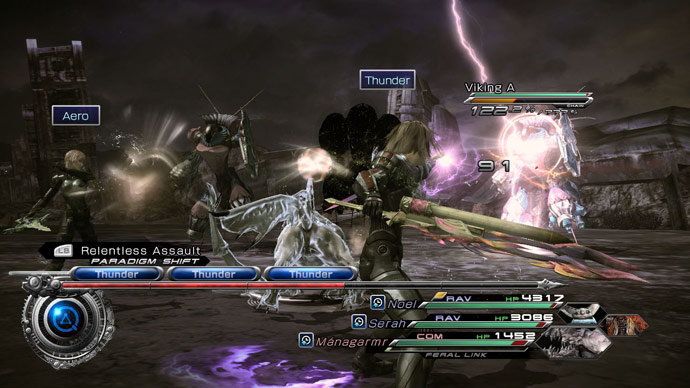 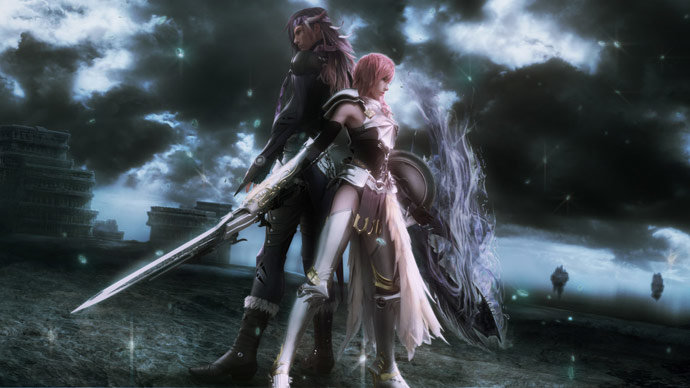 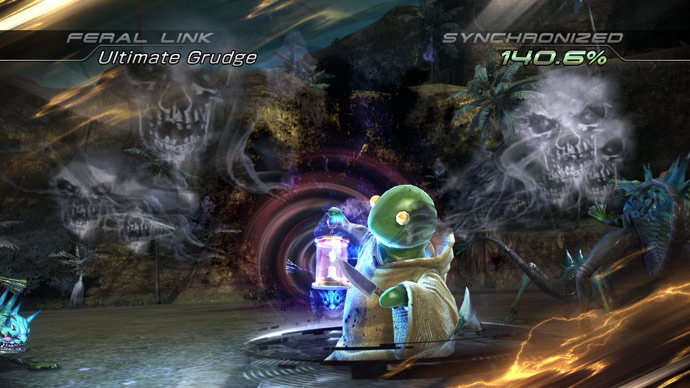 The most intriguing moments in the game are almost certainly the classic boss battles. With the newly installed combat features that make the fight scenes feel much more energetic in comparison to older games in the series, the Boss battles benefit hugely. Paradigm shifts are easy to get used to and, once mastered, can be used with skill and have an effective outcome on your success in battle. Some may find that they miss the sense of thought and decision making that was available in previous Final Fantasy games, although what the more rapid fighting engine offers is a test of the players ability to make effective decisions, something that many feel was lacking in previous instalments.

The visual elements of your enemies in general are incredibly detailed and visually frightening, making these encounters seem all the more ferocious. In addition, the various settings you find yourselves exploring are, from a graphics point of view, visually overwhelming. For example, your meeting with the final boss in the game is separated by an exuberant formation of moving glass rectangles, something that sounds bizarre yet looks absolutely jaw-dropping. I wouldn’t want to give too much away, so take it from me when I say that the encounter with two giraffe-like creatures at one stage in the game will leave you astounded.

What the game lacks is more of an option to explore in your own time and at your own pace. The general feeling is that you are led down a very linear path throughout the game, or in other words told the story rather than affecting it in any way shape or form. There are things to find and crevices to explore, though the reward for taking your time is probably not as beneficial as it would be in games such as Fallout or Skyrim. In contrast, there is a nifty collecting element to the process. You are able to collect monster crystals and have the monsters you face in battle fight by your side. You can spend time improving them, renaming them and organising them and prepare highly detailed strategies before facing tougher opponents.

Overall, the game has a visual attraction unlike most others. The movie-like structure will leave you engrossed within the story but those who have played the predecessor to XIII-2 will know all to well what to expect. Despite the direct feel to the game, you wont be complaining as the visual elements and dramatic twists and turns that occur throughout will leave you on the edge of your seat. A definite purchase for any Final Fantasy fan, although you may have to accept that you wont be greeted with the same patient, turn-taking battle strategies.