Starting a trilogy is the fun part – and if this generation of console franchises have proved anything, completing it is the hardest. Over the past two years, we’ve seen series like Mass Effect and Gears of War struggle with storytelling in their third chapters. Mastering well-known techniques and designs is the easy part – completing an epic narrative in satisfying fashion has proven to be difficult: the bigger the success of the series, the more troublesome the conclusions have proven to be. Given this recent history, Crysis 3 faced an uphill battle from the beginning: how would Crytek improve on the gameplay of Crysis 2, while simultaneously unraveling one of the most convoluted plots around? Oddly, Crysis 3 does neither, wrapping up it’s narrative in a series of predictable tropes, offsetting its technical mastery with thoughtless level design and a stunted solo campaign.

The biggest difference between the Crysis and other first-person shooters are the powers of the nano suit. The joy of missions in the Crysis series was devising either a plan of stealth or orchestrated attack on an enemy, utilizing the cloak and armor abilities of the suit like a futuristic, alien-enhanced assassin. Although not an open world game, the open approach to most missions in Crysis games was a nice change of pace from the typical cover-based FPS. 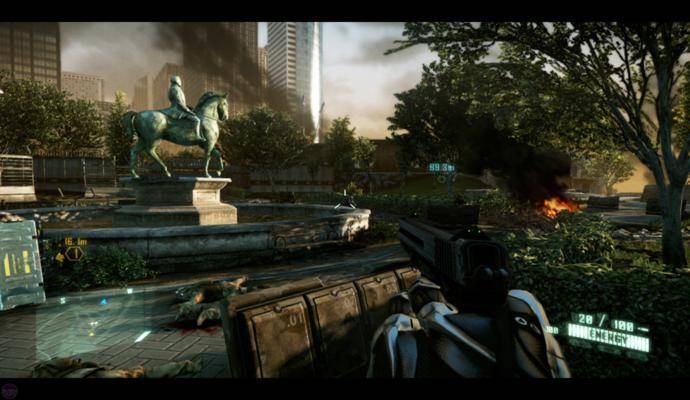 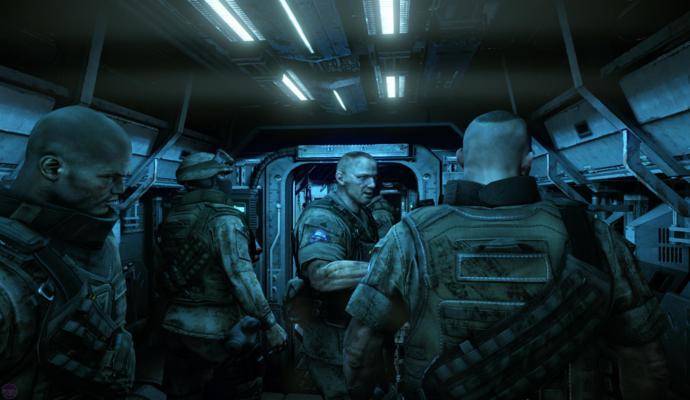 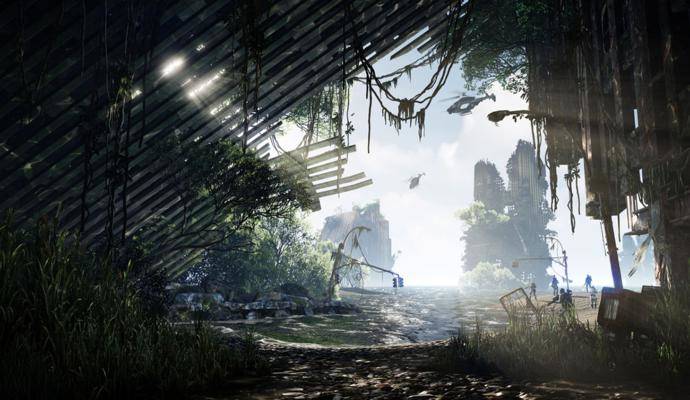 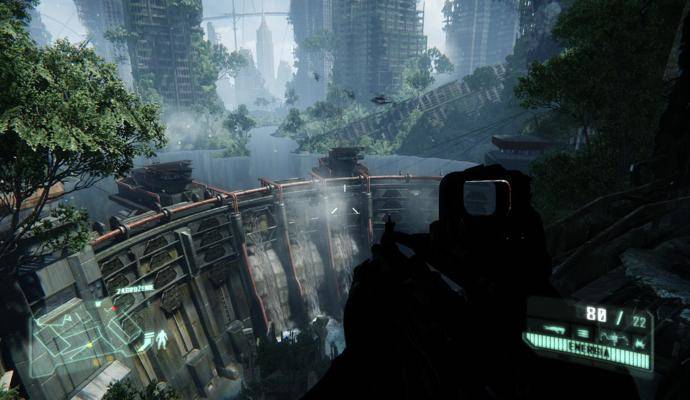 However, Crysis 3 doesn’t have the same feel. The game certainly looks beautiful, and moves from epic action set piece to gameplay sequence fairly seemlessly, but the action and tension of those cut scenes rarely crosses over into the game experience. Part of this is due to the repetitive structure of each chapter: each non-vehicle section features essentially the same layout. Run through some corridors with Psycho (from the original Crysis, without his nanosuit this time around), fight some enemies alone in an open area, repeat. There are collectibles and various obstacles to work around, of course, but it never feels like much more than going through the motions.

The problem with the game’s feel extends to the many arbitrary systems thrown in front of the player – most obviously in the form of a repetitive hacking mini-game (although it can yield cool results, like turning enemy turrets against themselves). Customizing scopes and barrels on every weapon in the game seems like a cool concept, but it becomes a cumbersome task to manage weapon build outs, when the differences between them are minimal at best – setting a weapon to full-auto or semi-auto doesn’t really mean a thing. The same applies to the nanosuit tech upgrades hidden about the world: there’s an interesting concept in the mix-or-match system to the different suit buffs, but they don’t add as deep of a customization feel as it suggests. The all-powerful crossbow (the only weapon players can use with cloak by default) and repetitive level design mitigates much of this need to customize throughout: after a few hours, I didn’t think much about changing the components on any of my weapons or character, unless it came equipped with a location-revealing laser scope or something.

I’d be more accepting of beautiful landscapes and repetitive gameplay if the story had something to offer – unfortunately, Crysis completes its trilogy in the same limp, lifeless fashion as the last two (even with an attempt to contextualize the events in a mental struggle that isn’t referred to much). Crysis 3 introduces a new, lush version of futuristic New York (although most of the game is told at night, so you don’t see much), all to tell a typical “end of days” tale, where the number 3 in the title demands that the dramatic stakes reach galactic levels. But this isn’t a series known for dramatic subtlety or deep characters: the protagonist has the painfully obvious name of Prophet, a human/cyborg/alien creature (representing all three forms of science fiction life uniting: alien, human, and robot) who sees ‘predictions’ of the future, determined to stop it while he struggles with his own identity.

But there isn’t much of a struggle: the game’s over in eight hours, wrapping up a severely convoluted narrative about the Seph, CELL, and what nanosuit technology can really do. I don’t want to spoil it for players, but the game hardly closes on a satisfying ending, too rushed and neat of a conclusion, preceded by a tedious final battle that doesn’t really take advantage of anything the story tried to set up – or any of the interesting mechanics within the game, which leaves a bad taste in the mouth as the ending completes and the credits roll.

One piece of advice: don’t watch any high-end PC’s show off Crysis 3 before playing it on a 360 – it just can’t compare. In terms of console graphics, Crysis 3 pushes the 360 to its limits at 30 frames a second, although there are plenty of low-res textures to remind us that we’re playing on consoles way past their prime. Again, it can be hard to enjoy some of the graphical prowess because much of the game takes place in the dark (either at night or in dark hallways), so there are a lot of instances where environments blend together in memory, one muddy lit area after another, interspersed with big, open jungle-like areas where the frustratingly inept mini map makes it quite easy to get lost amongst the greenery.

In auditory terms, Crysis 3 has a fairly bland soundtrack for an “epic” game, unable to capture any emotion or tension with its obligatory orchestral swells, or loud explosions in other sections. After keeping its protagonist silent in the last iteration, it does feel a bit odd to have this omnipotent sounding voice poking out from behind the mask – especially when the character is written and spoken in such a monotonous fashion, it doesn’t really reveal a reason why he needed to talk at all (except to tell all the non-believers about his “visions” and “predictions” of the future).

On an average difficulty, Crysis 3 clocks in at around 7-9 hours, more or less depending on skill and familiarity with the series. There is the usual selection of online modes to play (complete with Call of Duty-like XP systems with upgrades) including nanosuit-flavored versions of death match and king of the hill. If there’s one interesting thing about Crysis 3, it’s the Hunter mode, which sticks one suit-wearing hunter into a group of normal soldiers, converting them into cloak-wielding assassins one at a time until everybody’s hunting down the last surviving solider. But one mode isn’t enough to make up for a super short solo campaign – and due to the length and construction of said campaign, a cooperative mode wouldn’t have added much to the experience either. It’s a perfectly capable online multiplayer game – but there’s certainly nothing here that’s going to convert fans of other series to drain hours leveling up their online character, save for the most dedicated of fans.

Crytek’s been known to put tech way above creativity before, and this flaw isn’t any more obvious than in Crysis 3. The more I played the game, the more it felt like interesting ideas and concepts were being thrown out for surface thrills and easy resolutions, instead of trying to finish the franchise (for this generation, at least) with a boldness that would make it memorable. Short and uninspired, Crysis 3 is an obvious case of style over substance, where a few fun moments can’t cover up for a lifeless plot and characters. Crysis 3 might have a few interesting features and graphical touches, but this is a story and game we’ve all played better versions of in other franchises.