If you own an Xbox One and have enjoyed Halo in the past, Halo: Master Chief Collection is hands down the best value for your dollar you will find on the console. I think many would have paid nearly the retail price just for Halo 2: Anniversary Edition – which is the definitive version in this bundle – but to get Combat Evolved, Halo 3, and Halo 4 is a huge bonus. If you need something to play with friends this holiday season, look no further than this Halo collection which is sure to not disappoint.

The Benchmark for Bundles

Popular franchises available in a bundle is not anything new. Ubisoft released an Assassins Creed Bundle, Bioware and EA released a Mass Effect Bundle, and now 343 and Microsoft have released a Halo bundle. So what makes Halo better than Assassins Creed and Mass Effect? The updates. 343 took the time to release these titles with as much polish and fan fair as possible. Instead of mediocre ports of great old games, 343 took the time to work through some improvements across every title.

If you need something to play with friends this holiday season, look no further than this Halo collection which is sure to not disappoint

Halo 2 is the game everyone wanted. The rest are just a throw in. Combat Evolved received it’s own anniversary release a few years ago, so most of the work in that regard was done for 343. Halo 3 and Halo 4 receive the least amount of attention as both were 360 releases and still look fairly fantastic today. But Halo 2 needed a reboot, and for the 10th anniversary, 343 delivered.

Moving between the original graphics and the remastered graphics in Halo: Combat Evolved and Halo 2 is amazing. Not only can you see the work, but you can also hear the difference in the sound affects and music. These two games really show off the work 343 did, and provide insight into where the franchise has gone. Guns sound better, game play has been revamped for 60 frames per second, cleaning up issues found in the original titles, and the look of the games have seen such a significant overhaul that when switching between the originals and the remasters, you could potentially feel you are playing two separate games. 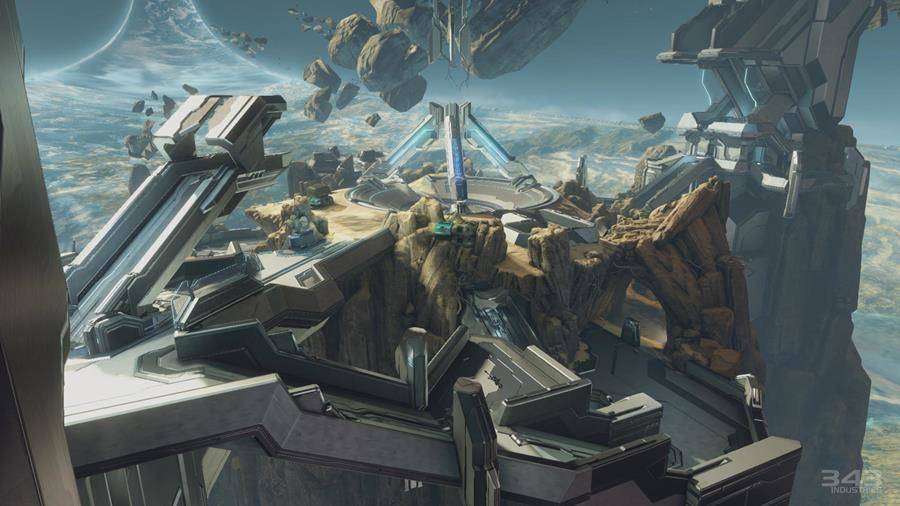 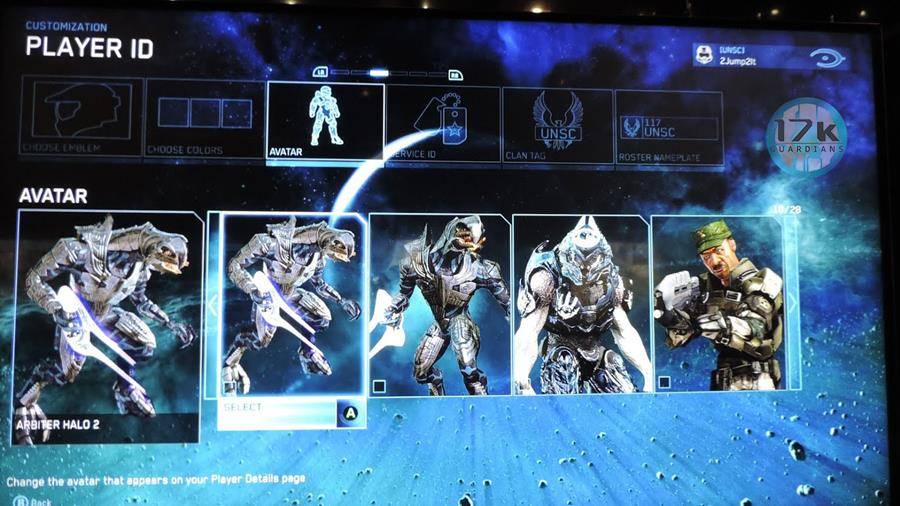 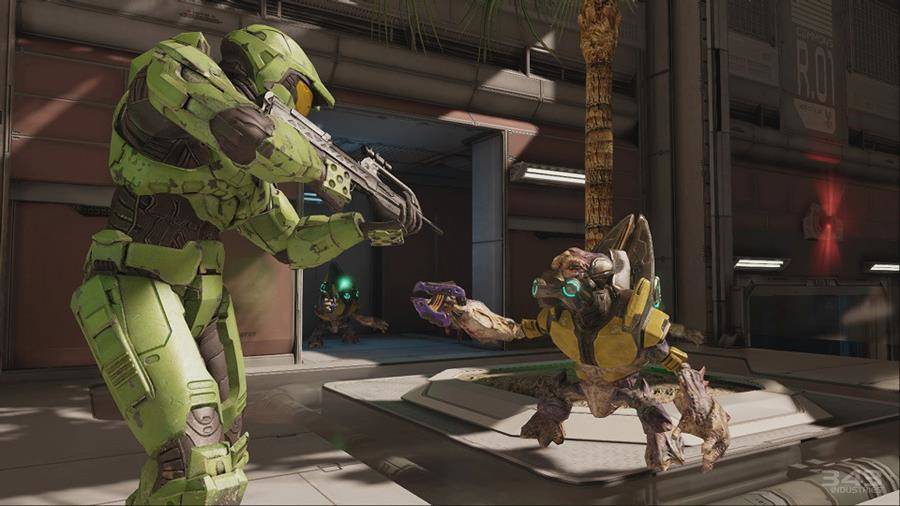 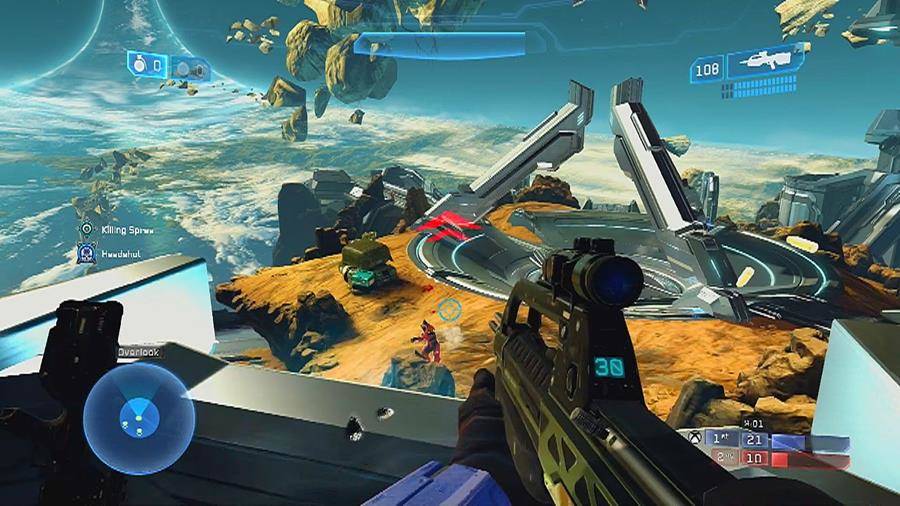 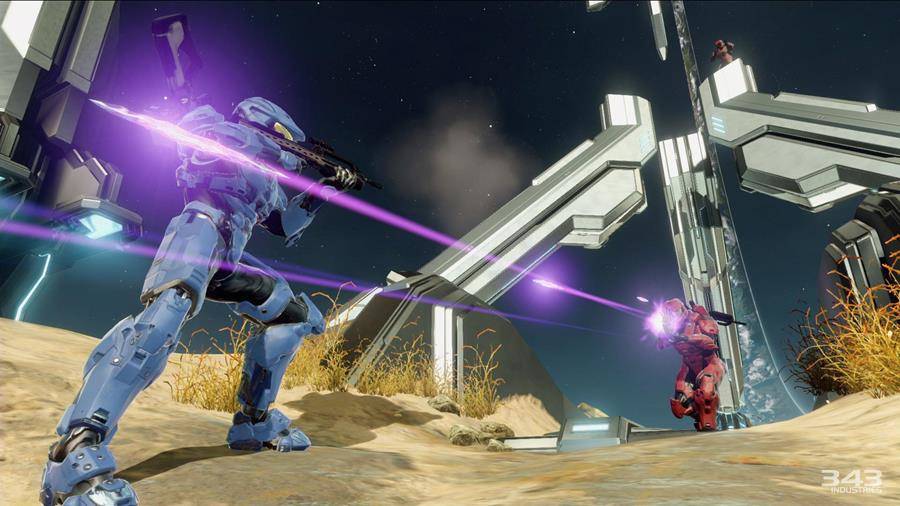 I noticed a few frame rate drops when the game attempted to load the ultra high definition remastered, especially for Halo 2 Anniversary. In general, however, the game runs at an impressive 60 frames per second with minimal issues, a major step up from the 30 frames per second that was a staple of previous Halo games.

What’s missing from this nearly perfect bundle is Halo Reach and Halo ODST. Perhaps it’s a bit greedy to want these titles, but I feel like a Halo collection just isn’t complete without these additions. Regardless, the reasons behind only releasing the numbered Halo’s games is understandable, seeing as the story from Reach and ODST only break up the flow of Halo 1-4. And that is another reason why this bundle is so amazing. Instead of getting stuck at the end of Halo 2 wondering what happened, you can now just jump straight into Halo 3.

Halo: Master Chief Collection is packed with new feature. One of my personal favorites are the playlists. Playlists allow you to play all level of a certain type across all four games. For example, you can play every Flood level that appears across the 4 games, one right after the other.

Whether you are a Halo veteran or new to the Halo universe, the Master chief Collection is a must buy for any FPS loving, Xbox One totin' gamer

Another fantastic feature is perhaps less apparent to people that haven’t played past Halo games. On the main menu, when you select campaign and cycle between Halo 1-4, the music changes depending on which game you have selected. It is a small thing to be sure, but one that I really enjoyed. My Xbox One has spent many hours just sitting on the Halo: Master Chief Collection main page listening to the soundtrack – an idea I got from Larry Hryb (Xbox Live’s Major Nelson) during a stream he did before the game launched on November 11th.

Obviously each Halo game has its own features and control schemes. For example, being able to dual wield SMG’s in Halo 2. Control wise, things change from game to game. It is not major, but in one Halo game, bashing an opponent might require pressing the RB button, while in another bashing is done using the B button (by default). For those wanting a pure experience, using the control scheme designed for each game is great.

Personally, I suggest going into the controller settings and selecting your favorite control scheme, and using that across every game. It saves you from having those unfortunate moments when you die because you pressed the wrong button!

The Cherry on Top which isn’t Finished!

Halo multiplayer is definitely the cherry on top of this Halo sundae. Unfortunately, 343 is working through a number of bugs that make playing online matches difficult. While this is a negative for me, I feel it is something 343 will rectify sooner rather than later, so while I’ll mention it , it won’t reflect greatly in the overall score.

Halo 2 is the game everyone wanted. The rest are just a throw in

In Master Chief Collection, players can play Halo maps across all 4 of these great titles. While it is definitely fun, I realized there is nothing fun about revisiting some of the older Halo multiplayer maps. You can really see how the Halo development team got better and better at creating the ideal multiplayer maps as time passed.

When you purchase the Master Chief Collection, you understand that you are getting generation and genre defining titles in one collection. Halo has pushed the Xbox through some rough times, providing the best in first person shooting experiences for each generation. Most FPS games today owe a lot to the Halo development team. With The Master Chief Collection, you can relive and re-experience the Halo timeline, and not only see how far the franchise has come, but also see how much it has contributed to the larger genre it is a part of. Whether you are a Halo veteran or new to the Halo universe, the Master chief Collection is a must buy for any FPS loving, Xbox One totin’ gamer.