Middle-Earth: Shadow of Mordor was one of the best games released back in 2014, and received some major accolades from almost every media outlet. Even those who were not crazy about the subject matter and tone of the game, applauded the developers for what they did differently: creating the Nemesis System. At that time, it was hard to imagine Monolith Studios topping what they had done in Shadow of Mordor, but somehow, they seem to have elevated the franchise in almost every single way. For fans of the first title, expect much better things from the sequel!

Please read our first impressions article of Shadow of War. Many of our graphical impressions are posted there, and will not be further examined here! 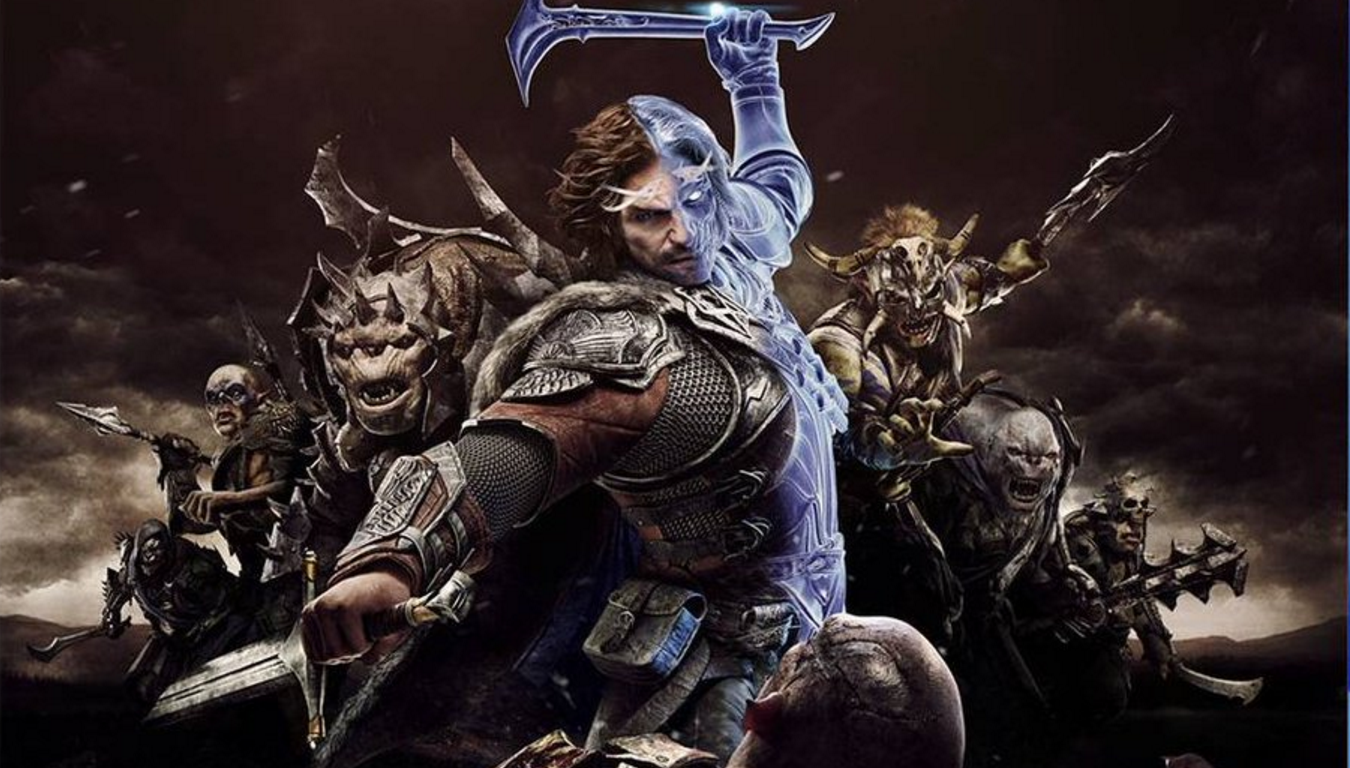 Deviating from the Lore – Fans, Get Over It

The Shadow of Mordor storyline was intriguing because it was different and new, and although the story in Shadow of War is definitely passable in terms of content and progression, it feels forced at times to justify a sequel title. You will play as Talion and Celebrimbor, the always intriguing human-wreath duo, and their constant bickering back and forth about what they should be doing as opposed to what they should not be doing, is intriguing for a while. Unfortunately, all of this squabbling is centred around – in my opinion, as a lifelong Lord of the Rings fan – a seemingly unfathomable story line. Shelob the spider…woman…spider women, manages to secure a newly created wreath ring – created by Celebrimbor – and as payment, offers to provide information to Talion, in hopes of releasing the grip Sauron has on Gondor and the surrounding region.

This is the premise, and as ridiculous as this sounds, it’s something that fans will likely need to embrace and move past, in order to fully enjoy what lies beneath.

The Stories You Create Yourself

Shadow of War is full of crazy mayhem, and the second you embrace all the crazy ways you can dispose of the horde of orc parties, the more fun you are likely to have. Early on, your move sets will be limited to the basic assassinate, shoot, parry, and attack. As you progress through the game, however, you will earn experience and skill points, which can be used to unlock over 100 different skills and sub-skills. These skills will allow you to poison barrels of water(?), shoot in focus mode – slowed down time – while jumping through the air, freezing orcs on the spot, and yes, even making their heads explode!

All of this crazy carnage culminates into the Nemesis System, which is bigger and more thought out than ever before. Orcs that kill you become legends, and begin moving up the ranks within Sauron’s army; orcs captains that you flee from will inevitably taunt you mercilessly should you ever cross paths again. The storylines continue past what you do with your blade. For example, in the army menu, you can see how Sauron’s army is evolving; an Orc that manages to kill you will likely set his eyes on an ally as a next target, to slowly climb his way up the chain of command. Within each location, the game will alert you to numerous internal rivalries that are playing out, and allow you to play these as challenges / missions, to have a direct impact on how Sauron’s army evolves.

Ignoring these missions is also a viable option, allowing orcs to kill orcs. I found this increasingly valuable when one captain killed another captain that I was personally having a hard time dealing with. In a sense, Sauron’s army took care of my dirty work for me!

When loading up the menus for the first time, I felt a bit overwhelmed with all the options. The army tab – as detailed above – shows the ins and outs of the fortress and area you are currently exploring, including the unique inner-conflicts that exist. The character tab allows you to spend skill points, and there are tons of things to choose from. Daunting, perhaps, but completely logical when you spend an extra few minutes to read each skill and methodically choose where you want to spend your points.

Unfortunately, I either missed a line of text – or perhaps it never existed – but I sadly spent three skill points to unlock three sub-skills for one of my moves, only realizing after the fact that only one sub-skill per main skill, can be active at any one time. Outside of that misstep, however, the system is really straight forward, allowing you to upgrade specific aspects of your game: wreath mode, ranged weapons, swords, daggers, beasts, and more.

Equipment within Shadow of War has also seen a really great overhaul. Thee collection of weapons, clothing items, and more from defeated captains and warchiefs adds an RPG element to the game, where higher level items give you more bonuses, and challenges to compelte that will make your weapon even more powerful. There are also Legendary Sets that can be completed, and when worn all together, provide players with more power than ever before. These items are hard to come by, but are worthwhile to hunt down and find. Old weapons can be sold for cash within the menu, which can then be used to recruit new orcs for your army via purchasable chests.

The recruitment aspect of Shadow of War was the hardest for me to wrap my head around, but Monolith Studios does a great job of introducing this feature as you move from Act 1 to Act 2. Collecting orcs through missions and purchasable chests to add to your army is satisfying, as it dominating and convincing orcs within the game. Players will likely begin to see a story switch at this point as well, where defeating Sauron outright seems to take a back seat to building up your own powerful army, and taking control of stronghold after stronghold.

Hand in hand with recruiting and earning orcs is the takedown of the games various strongholds, a new ‘mode’ available in Shadow of War. After unlocking the ability to dominate orcs while playing the main campaign, you will want to work hard on amassing an army of standouts and minions, as both will prove valuable. Low level orcs are easily dominated, fairly weak, but can follow you into battle whenever called upon, should you have the necessary skills and upgrades unlocked. Archers, like low level orcs, are also easily enticed to your cause, and can be called upon to snipe at enemies from higher positions.

Getting the captains to side with you is where the fun truly lies, as they are useful both in Stronghold takeovers and during in-game missions. The best use of these orcs, is as internal spies, who will likely turn on their warlords and fellow captains at the last minute, as soon as you arrive on the scene. Dominating these captains takes time, and as they are often surrounded by piles of orcs willing to die for their captains, finding the necessary time to dominate them is incredibly difficult. But there is a major bonus to the time you spend: you care.

Orcs that die – whether in single player Stronghold takeovers or in multiplayer stronghold takeovers – are gone forever, meaning you want to be selective on who you use, and when. Losing your favorite orc captain in a raid – whether successful or a tragic failure – always sucks, and definitely made m think before sending orcs off willy-nilly.

While there is no direct multiplayer mode offered in Shadow of War, there are opportunities to engage with other players online, whether it be through vendetta missions – where you enter their game, and avenge one of their deaths – or through Stronghold takeovers – where you can attack the stronghold of another player, and gain valuable loot from doing so. I wouldn’t have looked fondly on a full out 16 player multiplayer mode, but definitely wanted Monolith Studios to add something into the game that would allow me to interact with friends and family. These missions are great, subtle, and fairly enjoyable to complete.

Shadow of War is a deep and complex game, and so many of the great features – and unfortunate missteps – haven’t even been addressed in detail during this review. One of the biggest issues plaguing Shadow of War is the inclusion of microtransactions. Players can spend real money to purchase chests that will provide great, epic loot, and high quality orcs for your own personal army. The inclusion of these chests at all is unfortunate, but they are not required in order to have fun with the game. In fact, buying these chests actually takes a lot of the fun OUT of the game entirely. Outside of that, and a wonky story that I’m not sure I always understood, Shadow of War is a must own this year. The storytelling you can create yourself through the Nemesis System is reason enough to purchase this title, knowing that no matter what region you are playing in, things will always be different, and no two players experiences will ever be the same.