Goat Simulator was first released on the PC last year on April Fool’s Day and if you ever played it you know just how fun, how goofy and how bad the game is. It’s not any different on XBOX One. The game still has very similar boxy graphics and many glitches but can still be played for hours. If you have never played it, give it a chance and be surprised at how fun it can be. 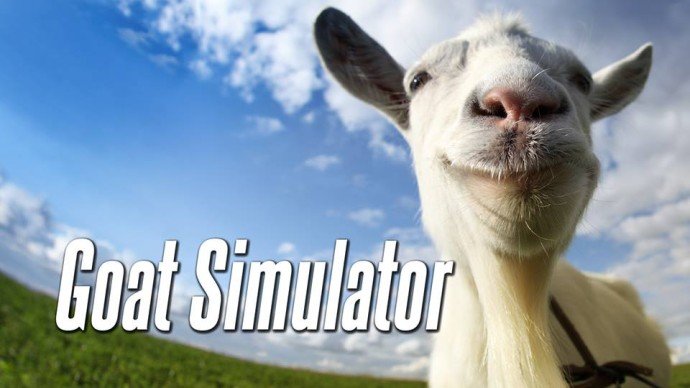 You start your “campaign” which is really just your Goat roaming in an open world and destroying as much of the city as possible. As you go around one of two city levels you can headbutt gates, cars, people, furniture in homes and gain points and combos while doing so. There is more to it than destroying the city though, as your goat is also able to wall climb, jump on trampolines and even ride bicycles. I never thought I would say it but Goat Simulator makes you want to see just how crazy your goat can get and so far my favorite is to try ramming the farming combine and seeing how far your goat can take off after the blades get you. 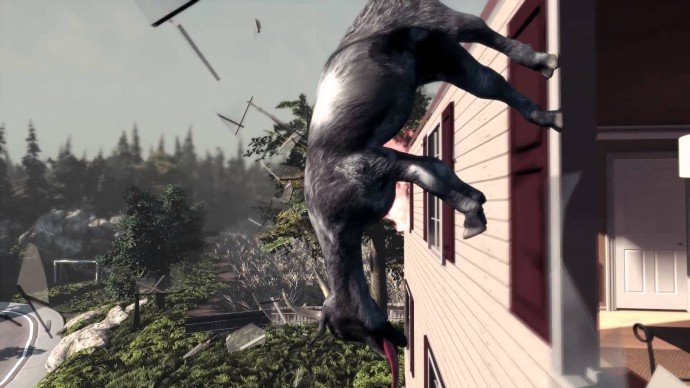 The developer has already commented stating that there are over a million glitches and bugs in the game and they will fix some of them, the major ones, but not the rest. This game was meant to be a parody of itself as the title IS Goat Simulator after all. As I played through it, the major bugs were when my goat was teleporting from one area of the city to another without any impact to the goat whatsoever. Another major issue would be how easy it is to get trapped within the debris of your demolition. Being trapped in a room under bookcases, a couch and broken tables isn’t as fun as it sounds, especially when your points combo is timed and you miss out on any other possible points.

Some of the beauty of this game lies within the hidden areas inside each of the two levels. Your goat can step into a bloody circle surrounded by cheering people as you take on five rounds of goats to be the ultimate goat champion (unlocking the Alexander Goatstafsson achievement), climb up a tower and be transported into a castle to be the Queen of  Goat Ville, or make your way into a sewer and battle the sort of Ninja Turtles and many more weird, yet humorous outcomes as you discover more hidden gems. There are collectibles to find throughout as well in the form of gold goat statues and some time trials scattered in the city. If you search hard enough you can even find a floppy bird parody that you can play called Flappy Goat. Score 10 points in the mini game to unlock an achievement. 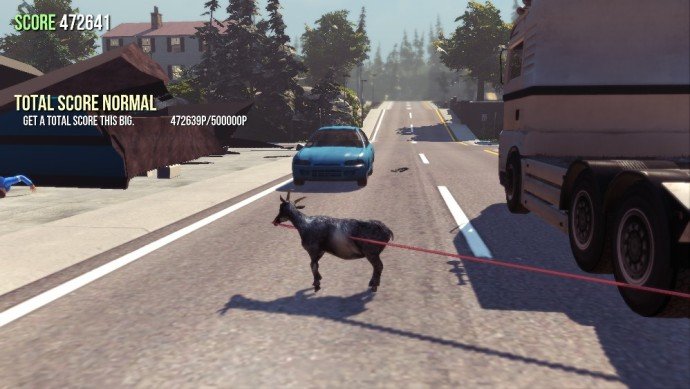 The sound isn’t really something to brag about in Goat Simulator. It’s mainly many sound clips, spliced together and it sometimes sounds very choppy. The graphics are also not on the plus side of the game as it isn’t on par with the rest of the next generation graphics we have seen from previous XBOX One games. It’s a pixel filled, soundless mess from that part.

If Goat Simulator wasn’t fun gameplay wise, this would be getting a lower score. The very high upside is what your goat can accomplish by just roaming around and discovering the secret areas or references to pop culture. Give it a try and you will have fun just playing the game, not focusing on the graphics.