Authors Note: Online multiplayer does not go live until 9 PM Pacific Time on 11/20. The multiplayer review will be added a few days after launch.

Super Smash Bros on 3DS was packed full of content, ranging from unlockable characters and stages to never-before-seen game modes that make playing Smash Bros alone more enjoyable. Nintendo continued that trend and held nothing back when releasing the Wii U version of the game. The result is one of the best Wii U games available to date.

There is a lot here for fans of the franchise and those that have never played before. You have regular 4 player Smash Bros, 8 players Smash Bros – more on this later – and a wealth of other single player and multiplayer modes that will keep you going playing into the wee hours of the morning.

Nintendo held nothing back when releasing the Wii U version of the game, and the result is one of the best Wii U games available to date

My favorite new addition to Smash Bros is the Smash Tour: World Smash board game. Player travel around a board collecting power-ups and fighters that will be used in a final, large battle. Run into another player on the board and prepare to fight! Up to four players can play this mode, and it feels great and fresh. You spin a wheel, use items, and compete to be the best. It’s like Mario Party, but where every mini game is a match.

There are other great modes as well, too much to go into depth here. Battle you friends and steal their coins in Coin Battles, deplete your friends stamina in Stamina Battles, and many other modes available for 1 – 4 players. If you want to defeat the Master Hand, jump into Classic Mode where you will fight teams of opponents until your reach the final level. There is no shortage of game play here; if one modes doesn’t suite you, it is a guarantee that another will. As always in the franchise, you can battle your way through a swarm of enemies until you reach that always difficult, yet always fun, final smash against the Master Hand.

Do you have a favorite character from an old Nintendo game? There is a good chance it’s playable. Smash Bros Wii U does not skimp on playable characters, both from Nintendo franchises and non-Nintendo franchises. If you like swords, they have that. Guns? They have that too. Feel that fists are the best weapon, there is no need to worry. There are characters to support every fighting style. And if those aren’t exactly what you want, perhaps a fully customizable Mii character is what you are looking for. 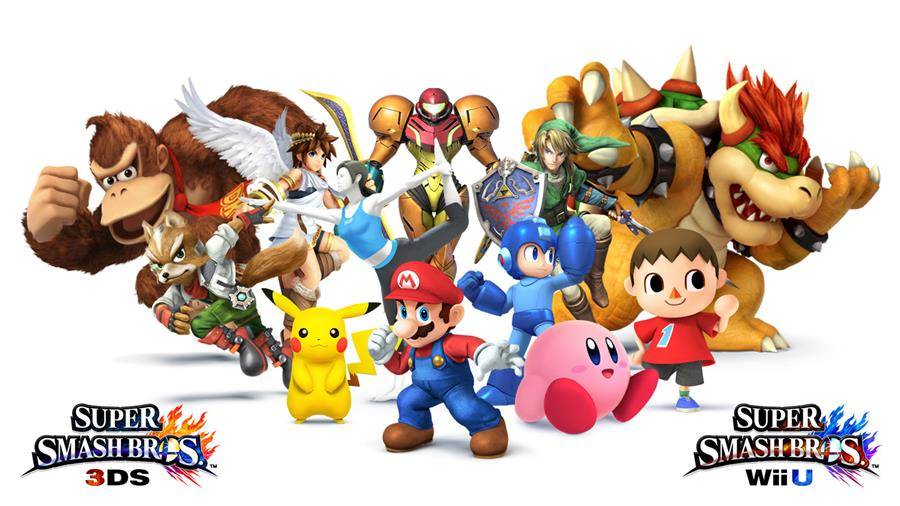 There are tons of characters to choose from the second you launch the game, with many more available to unlock in a variety of ways. The easiest way to add to your roster is to get into some 4 player matches and just begin playing. Every so often an opponent will appear at the end of the match. The winner of the match faces off against the opponent. Win, and the character is yours to use in future matches. I like this because it allows progression even though you are playing with friends. In fact, almost everything can be unlocked while playing with friends!

Whether you are a Smash Bros rookie or a seasoned all-star, there are stages that will appeal to every type of player. There is the more complex original Donkey Kong level, where you better make sure to watch your footing as you fight across all the moving platforms all the while avoiding what Donkey Kong is doing at the top! If you are looking for something easier, perhaps do a few rounds in the boxing ring where you can be guaranteed a stage that doesn’t move at all!

This game has been developed for the Wii U and includes characters, modes, and stages not available in the 3DS version.

Stages are stationary, stages evolve, and stages move. All three create a different game play experience. Some levels do it all. The enjoyment here is the variety, ranging from simple to complex. The developers have done an excellent job grabbing levels that can be attributed to almost every character available in the game, which inevitably leads to environment diversity. Each level is visually stunning as well. I’ll be honest: most of the levels are great, bordering on outstanding, but a few lack the creativity that others are full of.

Luckily, if the stages available are not exactly what you are looking for – and lets face it, that probably isn’t going to happen since there are so many to choose from! – you can create your own levels using the level editor. It is robust and fairly easy to use. Sadly, my lack of creativity means I spent very little time with the editor, but when the retail game launches expect to download numerous levels created by creative Smash Bros fans. Wii U fans have posted some of the most interesting and creative pictures on Miiverse, so you know the creative potential is out there. 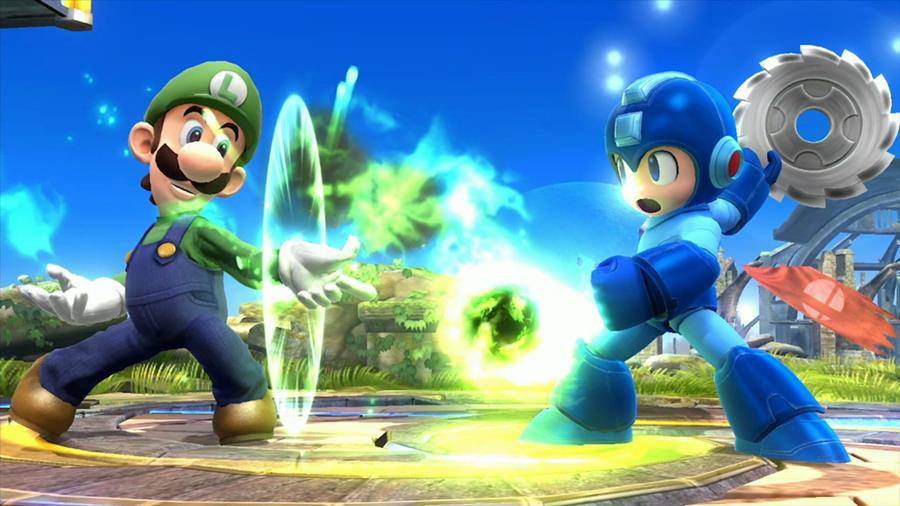 As you probably already know, Smash Bros Wii U boasts an 8 player mode. That’s right, eight players. Although this sounds absolutely amazing, it’s probably my least favorite mode since the screen becomes incredibly cluttered and chaotic. I won’t simply place this in the negatives category, however, since its probably a mode that some will love, some will hate, and some won’t care. It is a preference thing, rather than a problematic thing. Obviously, playing 8 player Smash will require owners to have 8 controllers. Here is where Smash Bros makes use of all those Wii Remote controllers you still own.

If you have been anticipating Super Smash Bros on Wii U, you will not be disappointed. This game does a little bit of everything, and caters to just about everyone

There are plenty of options to play big matches in Smash with all your friends. I’m sure between you and your guests, you will be able to come up with 8 controllers. The games are hectic, but can be fun with the right mix of friends.

I wrote extensively on amiibo support after I attended a Nintendo of Canada holiday event last month, so I’m not going to rehash all that information here. While I can’t recommend buying all the amiibos – unless you are a collector of these types of things – I would recommend grabbing one or two on launch day. Nintendo sent me a Mario amiibo along with my review copy of Smash Bros, and I had an excellent time leveling up and tweaking my amiibo to compliment my fighting style. There are tons of amiibos to choose from, and having your favorite character that you leveled up available to fight with you – or against you – in any match is rewarding and fun. It breaks up the tedium of the 1-10 leveled AI opponents. Amiibos are just a tad smarter than any AI character, making them more of a challenge to defeat, and a much better ally in team matches.

If you have been anticipating Super Smash Bros on Wii U, you will not be disappointed. This game does a little bit of everything, and caters to just about everyone. I’ve only scratched the surface of the available content in this game. I haven’t even mentioned those beautiful trophies you can collect and admire for completing various task throughout the game!

The game is not free of problems. When using a few of the controller options, I noticed instances of lag between my button presses and what the character was doing on screen. Fortunately, it is incredibly infrequent and could be a controller issue or a range issue between myself and the Wii U, rather than a problem with the game.

Whether it’s your first crack at a Smash Bros game, or if you’ve owned them all, there will be something new and something familiar making it a perfect party game. Mix in outstanding visuals and a killer soundtrack and you have one of the best Wii U games to date! This would be one of those games where the statement, “Easy to play, hard to master” would be 100% accurate. Once you’ve settled on your favorite fighter or fighting style, the rest will fall into place. You’ll be a competitive player in no time, and with lots of practice, perhaps even a master! Although the single player modes are fun to play, make sure your friends are ready to party on November 21st. That is definitely the best way to play Smash Bros on Wii U.