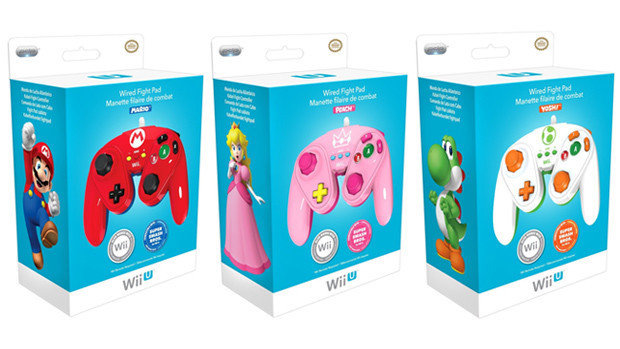 I hate aftermarket products. I always have. If what I’m gaming with doesn’t have the official Nintendo seal, I’m not interested. That is how I’ve always been. I’ve always paid more for the official products; perhaps I’m stupid. After all, not every third party peripheral is garbage. I guess it is just a perception I have. When I heard and saw the Smash Bros Fight Pad from PDP games I had one though: those look cool, but they are probably just gimmicky, sub part GameCube knockoff controllers.

Good thing for Twitter, or I may never have found my way over to the PDP website. My original reason for being there was that I was putting together a series of review articles on headsets, and I wanted to see what they had to offer. After a few emails with one of their Marketing Managers I came to realize that the fight pads which I had written off were actually officially licensed by Nintendo.

Full disclosure: PDP sent me two of these great looking controllers at no cost to myself. I decided I would go into reviewing these controllers – despite their obvious outward appeal – skeptical, as if I was reviewing a knock-off GameCube controller.

It’s hard to be skeptical. In fact it was impossible. Although I’m probably still a week or so away from getting a review copy of Super Smash Bros Wii U, I thought I would put the controllers through their paces playing a whole lot of Mario Kart 8. After roughly ten hours, here’s what I thought: 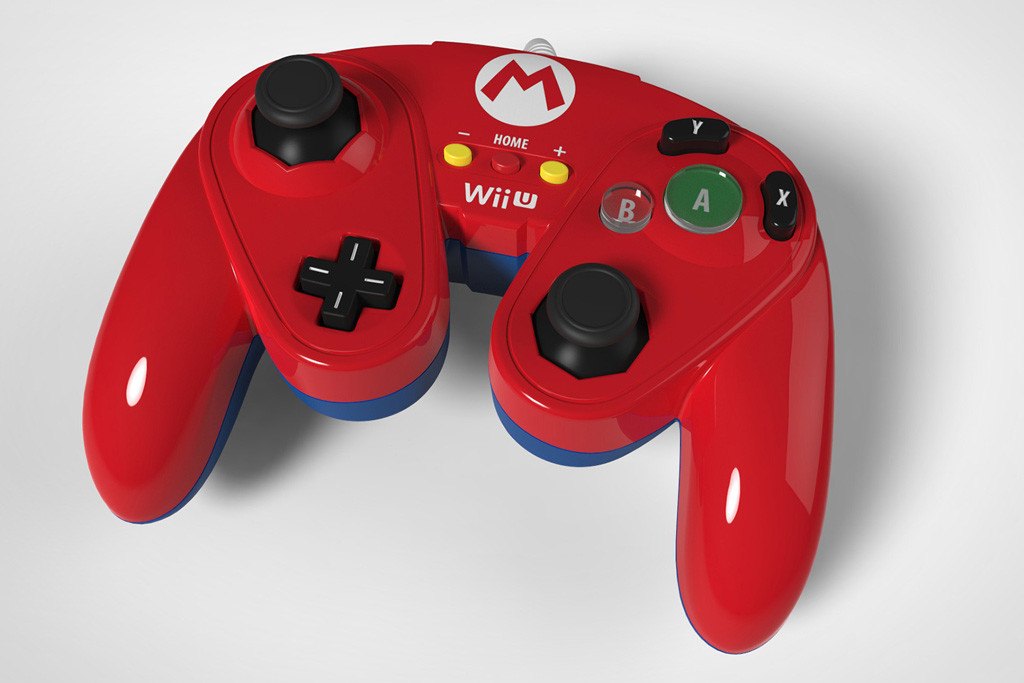 I was given two Fight Pads to try out: a Mario one and a Princess Peach one. The Mario One is two-toned: the top is firetruck red, with the newer Mario ‘M’ at the top of the controller, while the bottom half of the controller is blue. The usual green ‘A’ button and red ‘B’ button is classic GameCube, but the other sticks and buttons are all black. The Peach controller has the same classic GameCube elements that the Mario one has, but is two different shades of pink – lighter on the top of the controller and darker on the bottom. The ‘D’ pad is yellow on this controller, and the analog stick and other buttons are a dark pink.

Released along the Mario and Peach pads is a Yoshi themed pad.

All of these controller are a bit – and I mean a bit; when side by side the difference is not that huge – thicker than your average GameCube controller, which is either a positive or a negative, dependent on your hand size. For myself, the large design felt more comfortable in my hands. The feel of the controller took my wife a bit more time to get use to, although after a few laps in Mario Kart it became a complete non-issue.

The biggest thing for me is responsiveness, and this will be true for the most hardcore of Smash Bros players as well. Even a little bit of lag is annoying at its best, and a game changer at its worst. My son is a huge fan of Skylanders, so we purchased him the Skylanders WiiMote; the lag on that is atrocious, making playing games like Mario Kart incredibly frustrating. The same cannot be said about these controllers.

I had zero lag when using these controllers. I find the response time even better than the Wii U Pro controller. If I had to have my choice, these controllers would come before every other peripheral that is compatible with Mario Kart 8.

The controller is a bit bigger, so if you have small hands this might be something you may want to pass on. For the majority of people, however, this won’t be a problem. The buttons all give a satisfying ‘click’ when pressed, and nothing feels cheap; sometimes I worry about wearing out triggers or buttons, but there doesn’t seem to be any movement outside what is normal for each and every button. 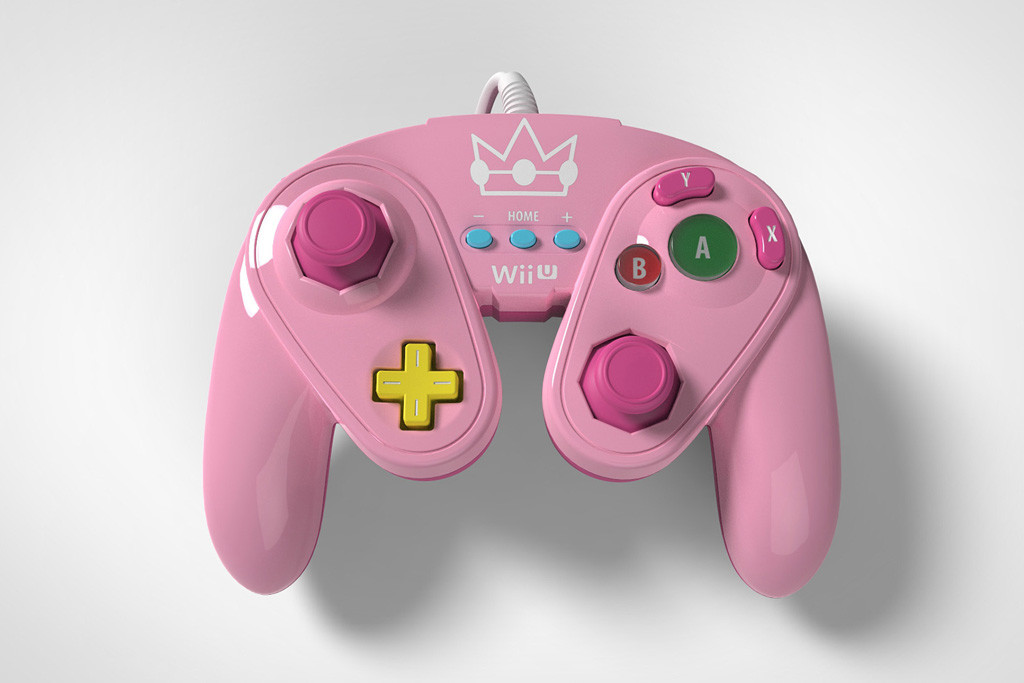 Since these controllers will be hitting shelves (available now at select retailers) before Super Smash Wii U launches  it is the perfect time to grab one and get familiar with its feel in your hands. For many, this will become the controller of choice for a number of reasons. I’ve been privileged to play Super Smash Wii U a number of times, and have used the GamePad, Pro Controller, and official GameCube controllers. The GameCube controllers are definitely the way to go. A few problems exist for me however.

I only ever had one GameCube controller in my house, and I’ve worn it out long ago. To get the GameCube controller feel for Smash Bros, I would have to purchase a new controller, an adapter, and more than likely, a few controller extensions. My gaming room is by no means a cramped space. I have ample room between my 50 inch television and my couch. I don’t want cords hanging mid-air across my floor for my wife or kids to trip over. With these controllers, there is not worry about that. Simply plug it into a WiiMote – who doesn’t have half a dozen of those! – and have fun…wirelessly.

With no apparent lag and a controller that almost mimics the official Nintendo GameCube controller, there really isn’t any reason to not give one of these a try. For 24.99, why not! And even if it’s not your peripheral of choice for Smash Bros, it is definitely a cheap alternative for when friends come over to play.

These controllers will be a great addition to your Wii U: 9.5/10.

See more of PDP products at PDP.com; we hope to review more of their products in the near future, so stay tuned to Games Reviews and follow me on twitter, @adamroffel.

Is Ticket to Ride: Ghost Train worth it?

Seiren BT Microphone from Razer Does Some Things Right