It’s difficult to write about Sonic games. Depending who you ask, the only good titles in the franchise in the last decade have been re-releases of Mega Drive/Genesis titles. It seems popular to knock the Blue Blur, and it’s fairly easy to pick out the commentators that haven’t actually played the games they choose to badmouth at every turn.

Sonic Lost World is the latest Sonic game to split critics and fans. The general verdict is that it’s entirely average, although that’s not true. It’s different. It takes some getting used to. It has problems. It’s still worth playing.

Sonic Lost World is a sequel to Sonic Colours. For the sake of this release, it’s worth forgetting that Generations ever happened. The gameplay is relatively similar, characters return/act the same way as they did in Colours, the Wisps make a permanent return… Although it doesn’t say it on the box, this is Sonic Colours 2.

This was never going to be Mario Galaxy, top-of-Metacritic quality, but it's fine being just good

And while Sonic Colours was a fairly traditional Sonic game – with the exception of the Wisps and the levels that were designed around them – Lost World goes in a completely different direction. If you’d only ever played Generations, or the day levels in Sonic Unleashed, you’d be forgiven for thinking this was a spin-off game. This is a title where you need to press an extra button to make Sonic the Hedgehog – a character that always has been and will be about speed – run.

Sonic Lost World is somewhere between Colours and a slightly off Mario game. The old saying ‘More haste, less speed’ has never more accurately been portrayed in a video game. 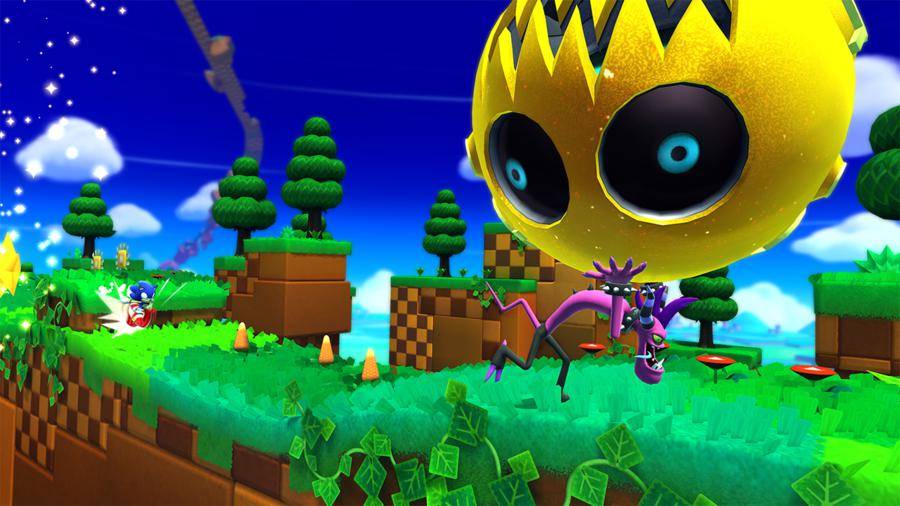 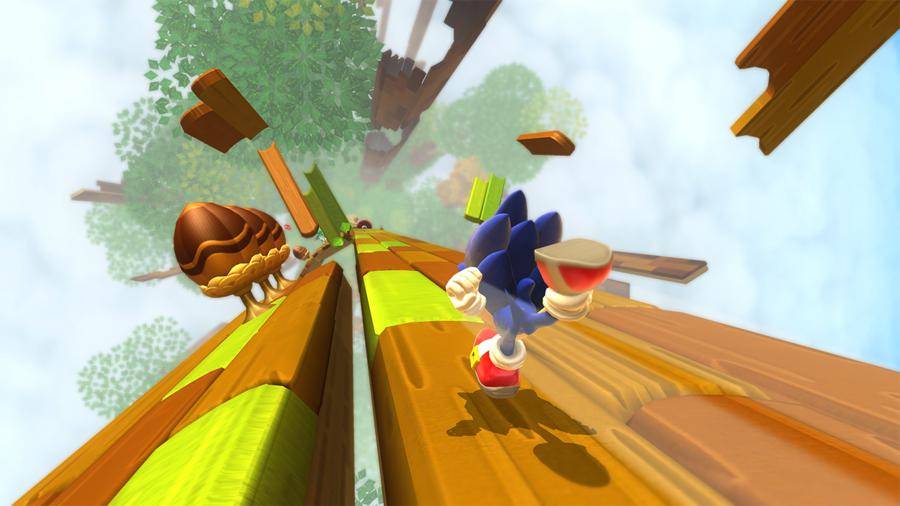 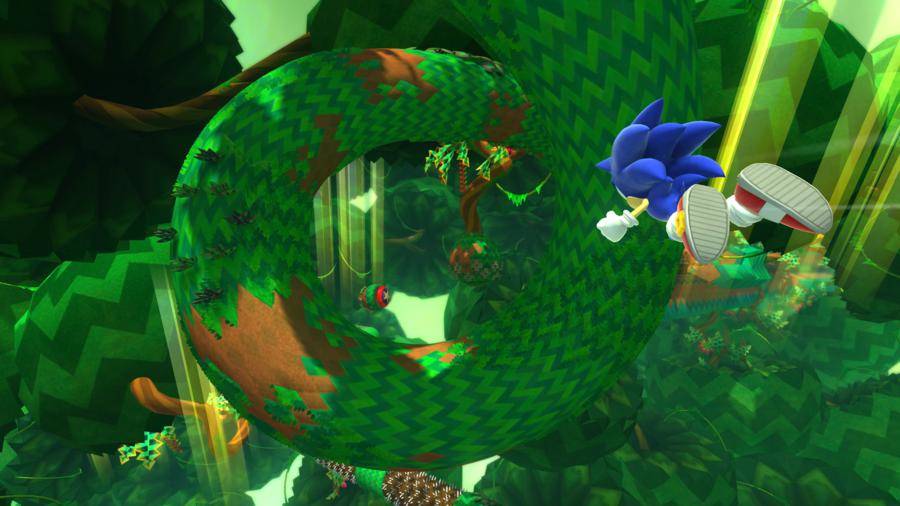 This is the first thing you’ll need to get over if you choose to pick up and want to enjoy Lost World.

The idea of the original Sonic games was that the titular hero was a speedy blue hedgehog. He’s still a speedy blue hedgehog, but in a completely different way. With narrower ledges and more opportunity for death than ever before, you have to better time your jumps and slow down more often. Some of the earlier levels here are easily as difficult as some of the later levels in Sonic Adventure, especially if you try to race through.

That’s not to say that you’ll be unable to do it – it’s not Super Meat Boy difficult – but there’s definitely a new set of skills needed if you want get a top time.

In that regard, this is still a Sonic game. Your goal is to get through to the finish line as quickly as possible, collecting rings and bopping enemies along the way. There are always multiple paths to choose from, and some will be quicker than others. You’ll also be able to pick up red rings and unlock bonus levels as you continue.

Although it doesn't say it on the box, this is Sonic Colours 2

As you run around, you be able to pick up Wisps, who give Sonic the ability to transform for a moment. These are largely used as a means to unlock bonus levels or move faster through a certain area. They work pretty much identically to their Colours counterpart, even requiring you to steer with the Gamepad occasionally. They’re less important than before, but still a welcome-ish means of powering up.

All of this basically results in a game that’s relatively easy to play through, but which you’d be able to sink hours into if you so choose. Even if you choose to race through, there’ll be more than a few challenges along the way.

Like the last few Sonic games, Lost World transitions between 2D and 3D planes quite often. While Generations sometimes would have this happening on the fly, it’s more usual in Lost World to have it as two separate levels within a stage. The 3D is the bumpier of the two, with the 2D taking a more retro flavour.

The 3D is the bit where you’ll have problems. You’ll misjudge how much you need to move and will end up falling over a cliff, or will run into a wall. This has been the case for all Sonic games. It’s difficult to capture that essence of speed without the player needing faster-than-sound relexes, and giving that illusion isn’t always accurate.

The 2D parts are much better in that regard, but lack that sense of speed. There are some enemies that aren’t really necessary – it can feel too much like they forced modern Sonic features onto a 2D plane, and that doesn’t work – but there are other things, little physics or jump puzzles, that easily make up for any small problems.

Neither plane is perfect, but together they offer fun and variety.

I remember when the Xbox 360 first came out, Sonic the Hedgehog was the game used to show off the improved visuals. It looked fantastic, and if it played as well as it seemed it would, Sonic would probably be far bigger than he is now.

Sonic Lost World is, believe it or not, the first next-gen Sonic game. It looks good, the animation is smooth, but it doesn’t necessarily feel next-gen. If anything, the tight courses feel more restrictive than anything we’ve played before, and the fast speeds and high number of obstacles means the last thing you’ll be doing is admiring the background.

As this is a Sonic game, it’s also worth noting that during my time with it, I didn’t come across a single thing that seemed glitched. The level design and enemies can feel a little unfair at time, but there’s never anything that out and out didn’t work.

There are people in the world that really want to hate Sonic the Hedgehog. Why? Who knows? Maybe they were Mario fans back in the day, or maybe they’re disappointed that they are no longer five years old and that games have had to evolve.

What I can say is that Sonic Lost World keeps up the tradition of decent Sonic games. Not brilliant. Not even a must-buy. But playable, addictive and fun. This was never going to be Mario Galaxy, top-of-Metacritic quality, but it’s fine being just good.