Just when one would expect the Skylanders formula to get dated, the team at Activision comes up with something new to excite players. This time around, that new mechanic is vehicles. While driving these toys around the level can sometimes be frustrating, their inclusion in Skylanders SuperChargers gives the Skylander franchise a very much necessary kick in the butt. Skylanders SuperChargers is the best entry in the series to date with better looking characters, more gameplay options, and of course, vehicles! 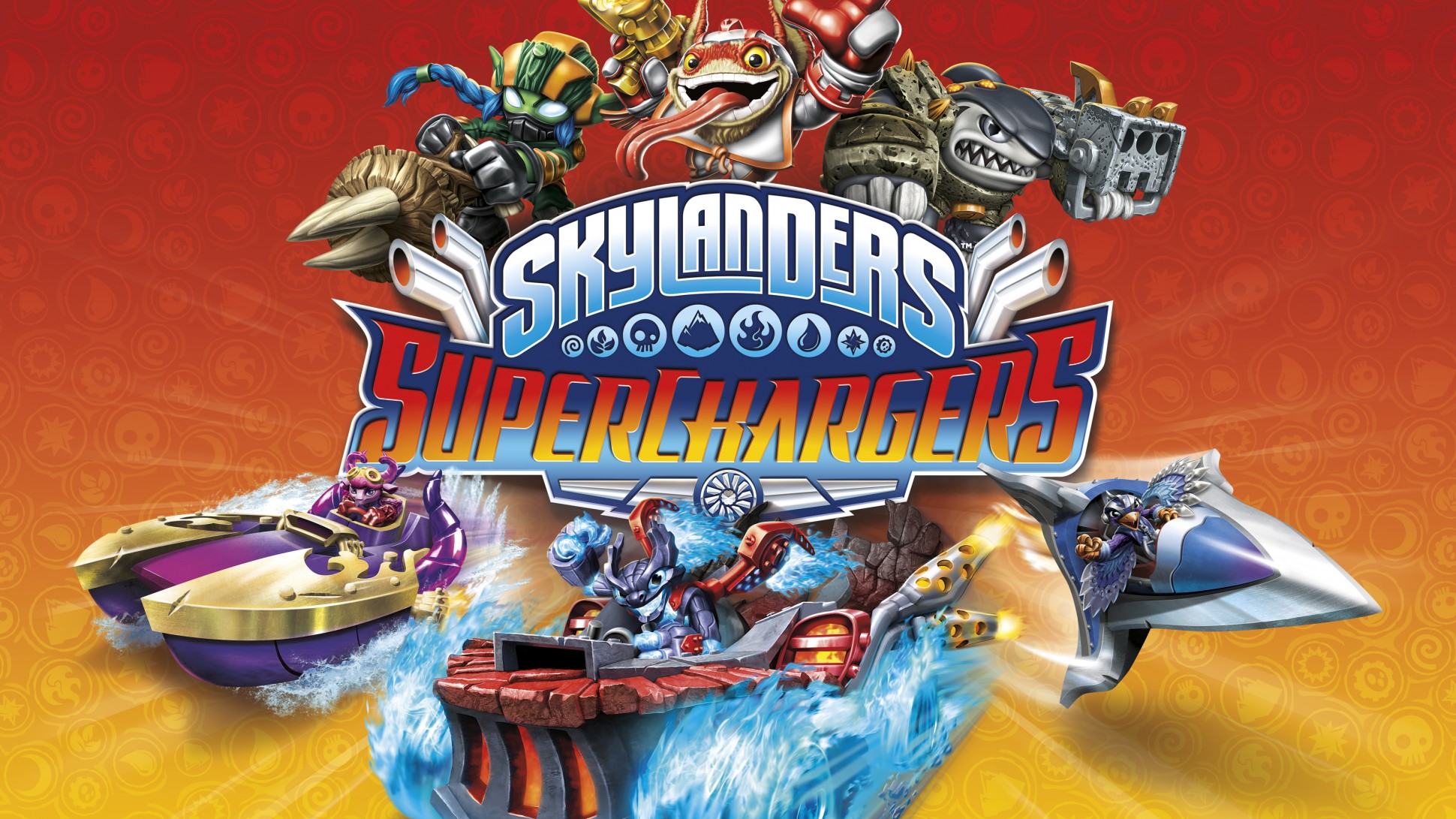 Each of the starter packs comes with a land vehicle that players can use. This time around, Skylanders doesn’t lock you out of certain areas based on the element of the Skylander you are using, but rather whether or not you have the compatible vehicle. This may sound ridiculous, but the reality is that this time around, new Skylanders player – lets face it, veteran players might already have one of each element Skylanders – won’t have to buy 6 or 7 seven characters to finish the game. Instead, they will only need to buy two vehicles: a wind vehicle and a water vehicle. Buying extra characters does have its advantages though; each vehicle has a Skylander specifically designed to drive it, giving players the ability to supercharge the vehicle making it much more powerful. Without the perfect vehicle-Skylander combination, players will be unable to supercharge.

The quality of the yous has vastly improved, and while they still fall a bit short of the Inifnity and amiibo standard, compared to the original Skylanders it is like night and day. With increased realism comes the ability for children to not only use these figures and vehicles within the game, but also as stand alone toys. The Barrel Blaster that shipped with my Wii U starter pack, for example, has wheels that actually move. My two year old son loves pushing this car around the living room whenever he gets a chance.

Hammer Slam Bowser and his Clown Car, along with SuperCharge Donkey Kong and his Barrel Blaster have been reviewed separately.

In the game, the vehicles provide many uses and are a main staple for playing much of the game. Whether it is driving around an open world like level or on a linear course, the inclusion of vehicles adds something new not yet seen in the Skylanders franchise. While certain areas that require some platforming don’t always work, the Mario Kart like portions of the game are phenomenal. Driving around is never really bad, but often very, very good, making the whole concept very appealing. Even at its worst, the idea is executed beautifully. The game gives roughly 20 vehicle missions to complete, ranging from linear race tracks to open world boss fights.

The 12 hours campaign mode is dragged by a lackluster story, but fortunetly the actual game play helps keep the title from sinking. Moving around the levels on foot feels similar to past Skylanders games, but minor improvements have been made to this as well. The very forgiving, button mashing combat is back. While some may see this as a deterrent to purchase, I applaud Activision for making their games appealing enough to adults while also keeping them manageable for children. Striking that balance is often difficult, but somehow the team behind Skylanders has found the perfect combination to appeal to both. Certain levels experiment with gravity, resulting in you moving your Skylander all over the screen in unconventional ways, while other levels include a new shrink/grow ray that allows players to change the size of objects in the world. Both of these new ideas work really well, and create yet another ‘new idea’ to appease fans who are feeling burnt out.

When players get tired of the continual list of story missions, they can roam around the hub. The hub acts as a central area for Skylanders SuperChargers: it is where you will access vehicles side missions, a store where you can purchase hats – other hats can be found throughout the other islands – and an area with characters ready to battle you in the surprisingly addictive Skystones.

There is more to Skylanders SuperChargers that this review hasn’t even touched on. For example, the ability to upgrade your Skylanders is back, with the new ability this time around to upgrade vehicles. All you really need to know is that even at its worst, the latest game in the Skylanders franchise is still an excellent adventure, and fun for the whole family.