The Wonderful 101 is what happens when you take Nintendo’s charm and core-appeal and stuff it into a Saturday morning cartoon format. This is a world where heroes scream the name of their power before using it, in which every ability is mercilessly explained in detail, in which you’re the hero and in which you’ll die. A lot.

This is how Nintendo games used to be. Not always perfect, but innovative, family-friendly and clever. Platinum have captured that feeling perfectly.

The Wonderful 100… Plus One

The Wonderful 100 are a group a super humans with science-given powers, designed to meld together to fight any evil that might come to the world. Well, evil has arrived, and it’s up to the 100 (and you – 101), to bash through thousands of enemies and save the day.

You’ll do this by guiding a gang of heroes across multiple locations. This was my biggest worry – how controlling a group of people would feel – and I have to say Platinum almost got it 100%.

Technically you only control one of all the characters on screen. In wide open spaces, you can plainly see your character, and the rest of the crowd moves around that character. It’s only when you get to tighter areas that things become complicated.

Not that The Wonderful 101 compares well to other games

This is partly because, without being able to move across a significant portion of the screen, it becomes really difficult to see which of the Wonderful 101 you’re controlling, and it’s partly because the camera is terrible. It’s largely automated, and although you can zoom in and out at your pleasure, it does little to make sticky situations any easier.

Part of the reason the camera needed to be automated is because the second stick (and the touch pad) is dedicated to controlling the rest of The Wonderful 101. This has two equally important uses. Firstly, interacting with the environment. By making use of the magic science thingamys, The Wonderful 101 can transform into anything. Need a ladder? Point your people in the right direction and watch them transform. The same goes for bridges, elevators and more. 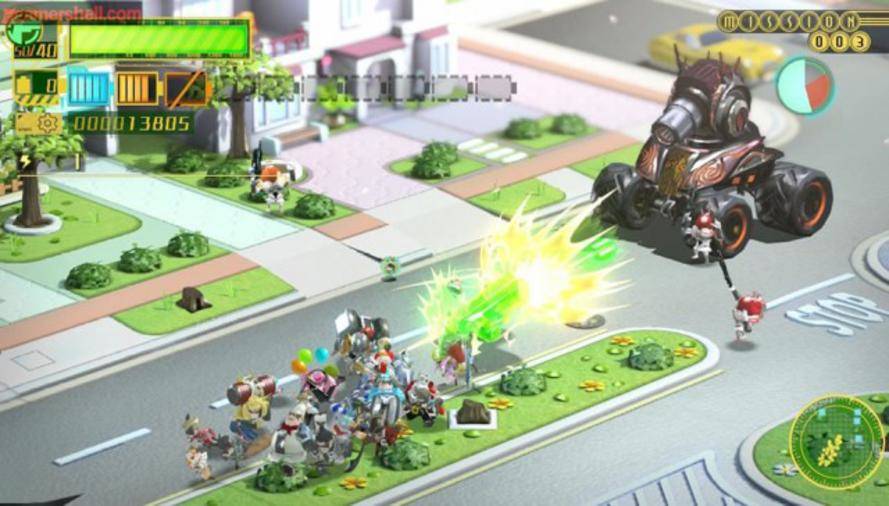 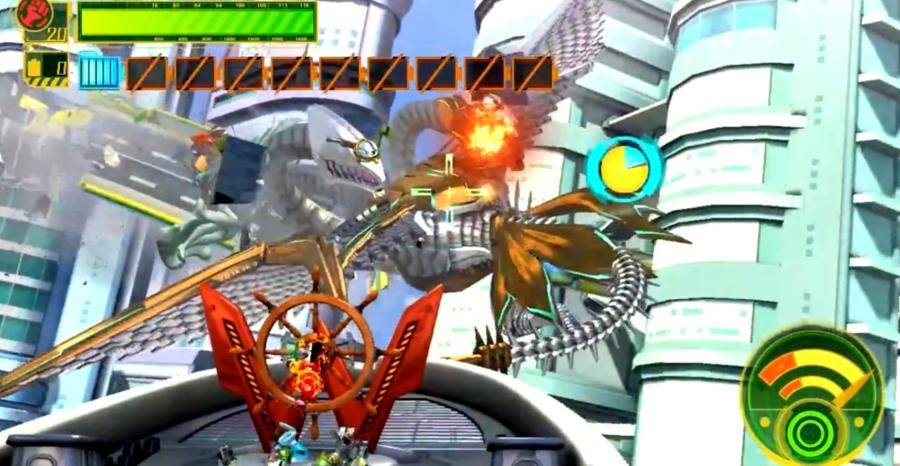 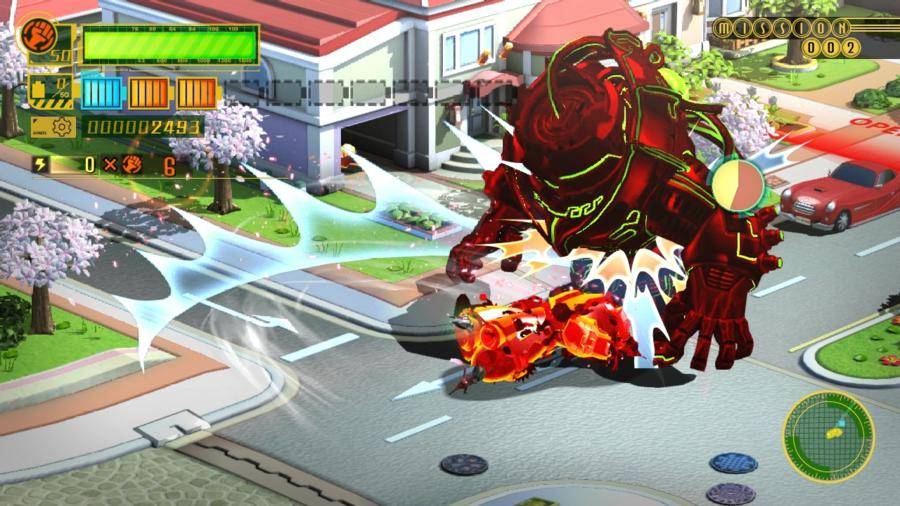 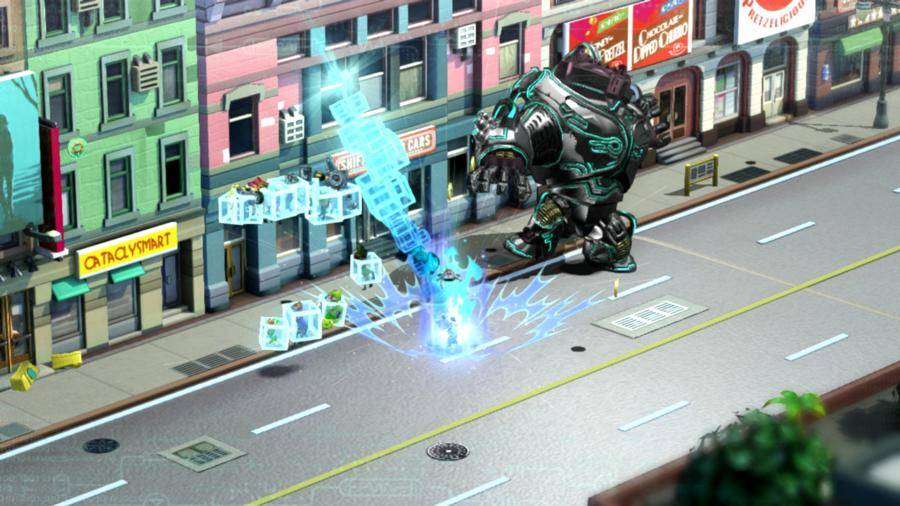 This is also how you change from character to character. As you progress, you’ll unlock more and more “main” characters. Draw a symbol (either with the touch pad or using the second stick), hit A and you’ll change to a new character with new powers. Interestingly enough, they all be useful in their own way. You’ll definitely end up getting comfortable with a certain weapon, but there are times when you’ll swap. That in itself is impressive when compared to other games.

Not that The Wonderful 101 compares well to other games. Think Bayonetta or Devil May Cry mixed with Pikmin, and then you might have some vague, not-quite-accurate description of what to expect. Oh, and then make it really difficult.

Difficult games aren’t, by and large, a problem in and of themselves, but there’s little incentive to continue through Wonderful 101 outside of the gameplay itself. There’s a lot on offer if it clicks, more than you’d expect, with various missions and and modes, but it may not click. If it doesn’t, the story will do little to keep you coming back.

There’s a cheesiness to The Wonderful 101 that’s both hilarious and painful. They capture what made those old cartoons so great (so crap – we’re adults now, it’s ok to admit it), but sometimes it feels like they’re a little close to the subject. Although there are moments that will cause you to laugh out loud, there’s not really much plot beyond “good guys vs bad guys,” and even the characters given the most spotlight are woefully underdeveloped beyond their oft-repeated punchlines.

Taking to the Forefront

Despite a few minor issues, The Wonderful 101 has its heart in the right place, and it’s supported by some beautiful graphics and audio.

The Wonderful 101 needs a little polish, but you can definitely see something special shining through

The visuals are stylized. Characters look like action figures of wrongly proportioned heroes (best compared to Viewtiful Joe), but both they and the world they inhabit look great. It’s very colourful, with a lot happening. You rarely see anything that looks out of place, and there’s no slow down – an important note considering how much is on screen.

If it wasn’t for the fact that there are problems with the camera far too often, there would be very little to complain about. As it happens, you won’t play through The Wonderful 101 without having suffered from poor framing of action.

The voice work suits the Saturday morning cartoon thing, and all the jokes are delivered flawlessly.

The Wonderful 101 is the game many Wii U owners have been waiting for. It showcases things that are only possible on Wii U. More than that though, it manages to be a good game in its own right. These are the games we used to thrive on; it conjures up feelings of Billy Hatcher, Beyond Good and Evil or Stranger’s Wrath.

This is a game that’ll jump start the generation for some, but will go entirely ignore by others. Some will even actively run it down, because it doesn’t tick the most obvious boxes. Those people are missing out – The Wonderful 101 is a gem. It needs a little polish, but you can definitely see something special shining through.