007 Legends was released on Wii U at the end of last year, and if it had been the only first person shooter available on the system, it might have been enough to kill the genre entirely. It’s not that it’s actively bad – not when compared with the likes of Ride to Hell: Retribution – but it might be the very definition of generic shooter. The Bond licence has had some stinkers attached to it, but this one is something else.

The main problem is that the developers have tried to modernize something that probably didn’t need modernizing, and have ended up with a game that’s neither one thing nor the other. This is something that has happened on every level of the design, and it’s so obvious it hurts.

Bond, All the Bonds

The great thing about Bond, across all mediums, has always been his ability to fit into more or less any situation. From drinking Martinis in a space suit on the moon to drinking Martinis while driving flash sport cars, as a character Bond has managed to prove alcoholism knows no bounds.

007 Legends tries to be proof of that by taking some of the most popular Bond films, updating them for the 21st century, and slapping Daniel Craig into the lead role. There are a number of reasons to do that, not least because Craig is the current Bond and probably has a deal which means Activision didn’t need to pay for his likeness.

Had they decided to go all the way with it and updated everything, that would have been fine, but Pussy Galore is still walking around like a poster child for 1964. 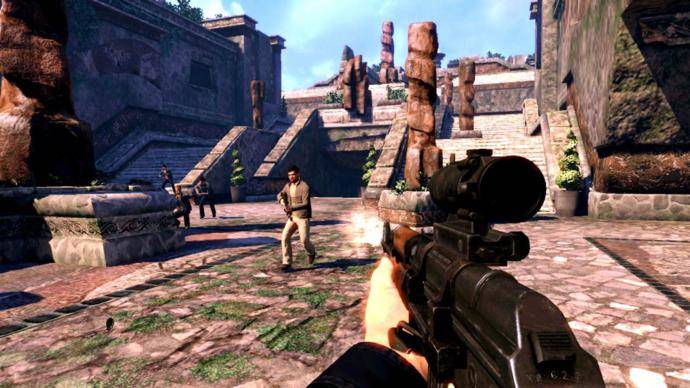 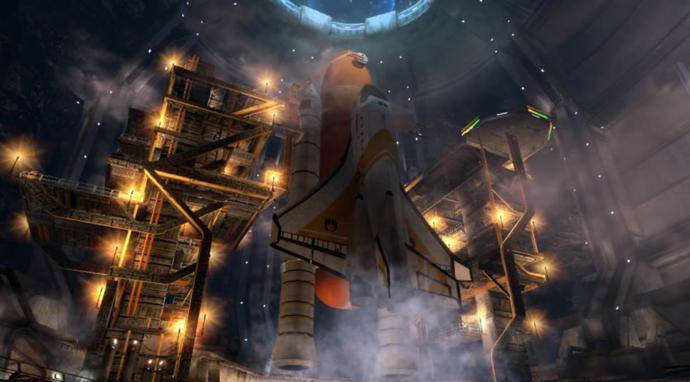 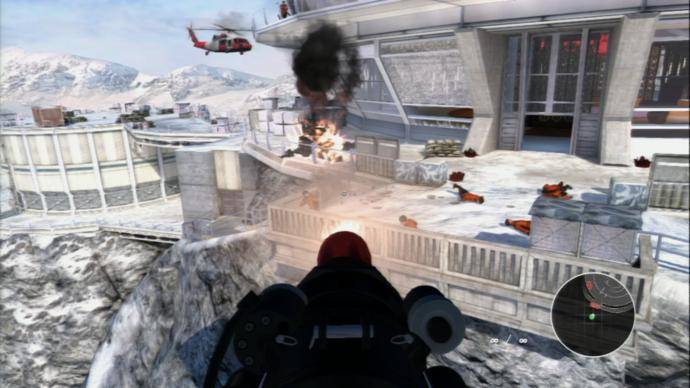 You end up with a series of plots that are very reliant on the Cold War angle, set in a time after the Cold War. This isn’t helped by a complete lack of overarching plot, or even a plot at all. It’s episodic, but it presumes you know the original stories well enough to keep up and doesn’t even want to explain how any of this fits into Casino Royale, Quantum of Solace and Skyfall.

As a result the plot becomes a messy mismatch of old and new. Unfortunately, the rest of the game follows suit.

When you first choose to start a new game, a message comes up asking if you want to play in classic or modern mode. Classic mode forces you to pick up health packs, while modern mode has your health slowly regenerate over time. A nice option, but it’s not enough.

Fans of the original Goldeneye (or Reloaded) or even the likes of Perfect Dark will instantly recognise that this has been built in the same way. This is a retro style adventure, made for a modern audience. Call of Duty is definitely there, but so are those original Rareware shooters.

How can that be a bad thing? The smooth, addictive gameplay of Call of Duty with the splitscreen mischief of Goldeneye.

No. The whole things ends up being dry and unenjoyable. Goals are shouted, but are so low in the audio mix that you’ll miss them more often than not, and objectives rarely stray from something along the lines of “follow this incredibly slow NPC” or “shoot these two people, then shoot another load of people.”

Whereas modern shooters disguise their linearity below action set pieces and huge explosions, 007 Legends tried to hide its join-the-dots gameplay with nostalgia. It doesn’t work.

Perhaps it would help if the basic gameplay was tighter.

Aiming is a real pain (which kind of makes moving at all a real pain). The default sensitivity is slow, but turn it up any and you’ll find Bond suddenly takes to running randomly into walls. Instead you’ll rely on the game’s auto-aim to get you just about lined up, and it doesn’t always work.

Guns are uninteresting. In a universe that boasts Golden Guns and Oddjob’s hat, using regular weaponry with ACOG scopes and laser sights seems rather tired. You will get to use those famous weapons in the multiplayer (if you can get a game), but even there you’ll be more likely to use something a little more realistic.

When the controls are at their best, you’ll just be moving from room to room, killing everything in your way. There are stealth moments, but I found it more fun just to start shooting randomly. The controls aren’t really suited for sneaking around (nor shooting, but at least the snap-to helps with that).

As a no-brainer tie-in weekend rental, 007 Legends probably ticks a lot of boxes. You can kill stuff, there are characters you’ll recognise (often played by the actor that originally portrayed them) and it’ll be over before you know it.

As an actual purchase, you’ll be better off going for one of the big names – Call of Duty or Battlefield – and enjoying the multiplayer.

I Expect You to Die!

Not that 007 Legends doesn’t have a multiplayer mode, it’s just that nobody is playing it. Wii U is hardly known for its thriving online communities, but I didn’t expect to find that I was the only person in the world that wanted to play it on this console at that time.

Split-screen multiplayer isn’t as fun as those old games either. I don’t know whether it’s years of taking online multiplayer for granted or if it really is just that 1v1 was never as fun as I thought, but 007 Legends single-handedly proves why arena split-screen is a thing of the past.

As a no-brainer tie-in weekend rental, 007 Legends probably ticks a lot of boxes

Of course, that the foundation on which it’s built is so dry doesn’t help things any.

The graphics and audio are a mixed bag. While the voice work is generally passable (although the voice of Bond isn’t really anything special), it’s so low in the mix that you need to mess with volumes to hear it. New music is generally built around the main themes from each film. So the Goldfinger levels have action and stealth versions of Goldfinger. It works, but it’s a little unimaginative.

The graphics are terrible throughout. Jaggy and bland locations, poor character models… It looks so dull on the Wii U that you’d be forgiven for thinking you were still playing a Wii game, except that Wii remotes aren’t supported. That in itself is annoying, considering that every other co-op game on the Wii U supports Wii remotes, but the Gamepad screen isn’t available for off-TV play either.

A really half-hearted endeavour throughout.

007 Legends is a well-intentioned mess. The idea has potential – a little like Sonic Generations, I suppose – but the way it’s been presented is more than underwhelming. What we have here is a game that is vaguely enjoyable, perhaps more so to those who love the franchise (although the changes might be enough to put those people off), but with too many problems.