Game & Wario boasts 16 minigames that were originally planned to be pre-installed on every Wii U in order to show off the GamePad’s abilities. However, Nintendo decided that the games would probably take up too much space, so they opted instead to release them at a later date as the seventh installment of the now decade-old WarioWare series.

The initial thought behind using these minigames as a glorified tech demo for the Wii U’s launch is noticeable during the opening cinematic, in which Wario sees a TV ad for a new console similar to the Wii U that offers a “new way to experience video games!”. Being the inept pseudo-villain he is, Wario devises a scheme to create the “best game ever” for this new system in order to gain fame, wealth and power.

This Ain’t So Bad

After this ironic meta-moment, and creating a single-player profile, the process of unlocking all of the minigames begins. This doesn’t take too long, but being forced to play the first level of the more trite and boring games isn’t exactly fun.

The gauntlet does begin well, though, with the game Arrow starting things off. Like the name states, the object is to shoot arrows at robots that are trying to steal Wario’s strawberries. Using the GamePad to pull the string, aim and fire by moving the GamePad and flicking a finger/stylus up the screen is intuitive, entertaining and makes for one of the better picks in this collection. 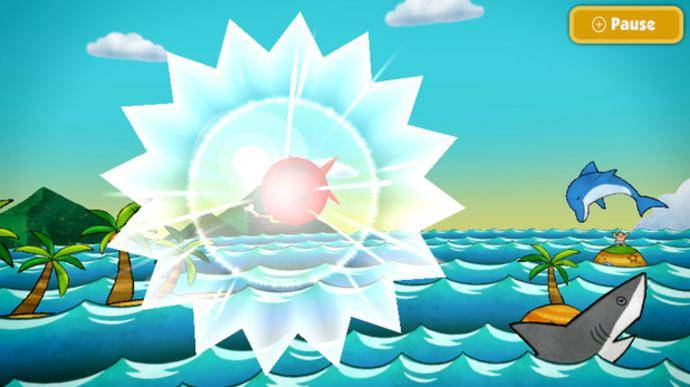 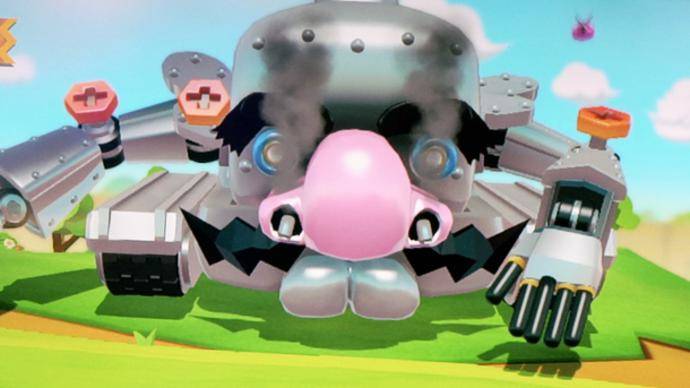 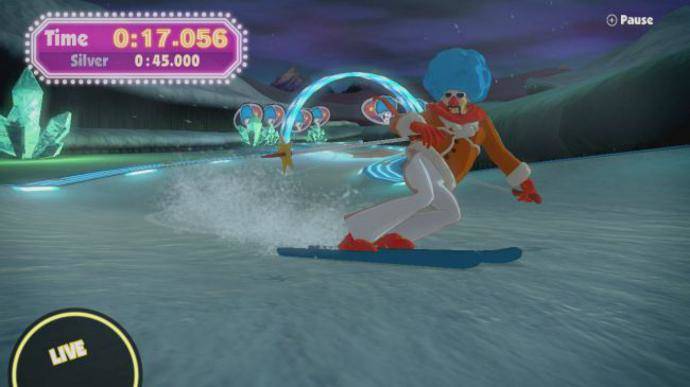 Next up is Shutter, a lighthearted detective game that uses the camera feature of the GamePad to snap candid photos of suspected criminals. Every person on the suspect list must be photographed before the clock winds down, and all pictures are judged on accuracy. While it’s a simple concept, it’s surprisingly engaging and can get a little challenging.

Shutter and Arrow get things to a decent start, but unfortunately the next slew of minigames are uninspired. Painfully bland drag-and-drop shape-matching games like Patchwork, and minimalist drawing games like Design, start popping up and are easily forgotten.

Pirates, Kung Fu, Ashley and Ski are equally as terrible, all requiring awkwardly tilting and turning the GamePad to collect items and reach the goal or, in the case of Pirates, participate in a confusing rhythm game that involves blocking arrows, dropping them to the ground and dancing.

Thankfully, there are two gems hidden among the dreck: Gamer and Taxi, the former about a boy avoiding his mother as he tries to play video games at night, and the latter starring two cab drivers trying to save the world from aliens.

Both of these games are pretty clever, Gamer in particular. The objective is a game-within-a-game, where the player plays microgames one after the other on the GamePad, each taking around 5 to 10 seconds to beat, similar to how the older WarioWare games were played. The twist is that when the mother walks into the room, or is outside the window, the player has to lift the covers over the boys head before he’s caught.

The final two games are Bowling and Bird, neither of which are that interesting. Bowling is a skill-shot game that’s mildly enjoyable, and Bird is a remake of Nintendo’s classic Game & Watch handheld of the same name. It’s a quaint title featuring a bird catching falling fruit with its long tongue, but it loses its appeal rather quickly.

There is a multiplayer component, with a few games available to play with two to five players. However, since the GamePad is used exclusively, the controller is just passed around. Perhaps if there was a greater focus on co-op Game & Wario might be passable, but not even the polished animations and snappy music are enough to save it.

Overall, Game & Wario is a lackluster experience. There are a few good games, and the story provides a few chuckles, but it’s not something many will find a lot of value in. There are just too many misses and not enough hits to make this worth playing.