To say the Monster Hunter series is big in Japan is an understatement. These third-person action RPGs are positively huge in the Land of the Rising Sun, so much so that they played a major role in popularizing the PSP. However, Monster Hunter Fever hasn’t quite found its way to the West. It does have a devoted cult following in North America and Europe, but their numbers aren’t large enough to make Capcom’s beast slaying franchise a household name. Regardless, Monster Hunter 3: Ultimate (MH3U), the latest installment, has been generating some buzz and might even convince some on-the-fence gamers to pick up a Wii U.

Thrown To The Wolves

MH3U is not a game with much of a story. It has one, but it’s simply there to provide a reason for all this monster killing. Basically, the player creates an adventurer that is charged with saving Moga Village from a monster outbreak. That’s it, really. Sure, there are some NPCs to talk to, but they mostly give advice and make corny jokes. There’s no messing around with plot here – it’s all about character development and monster hunting.

Don’t expect to start slaying gigantic beasts just yet, though. There’s a lot that needs to be done, and it’s going to take awhile to do it. The early tasks are, unfortunately, tedious fetch quests that involve bringing resources back to the village. The game begins very slow, and sadly does a poor job tutorializing. The village chief and other citizens provide some basic information, but the finer points on combat, elemental stats, capturing monsters and item creation are either buried in menu screens or not present at all. 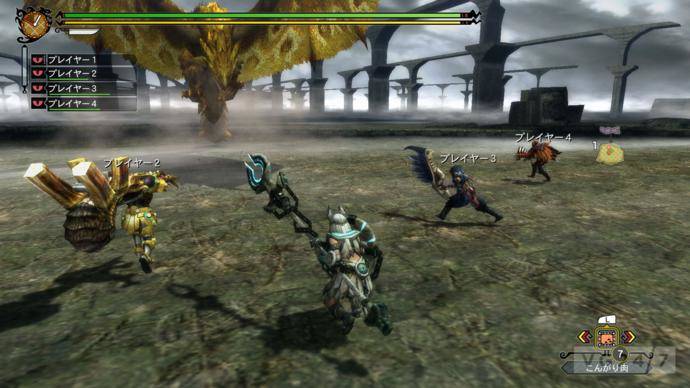 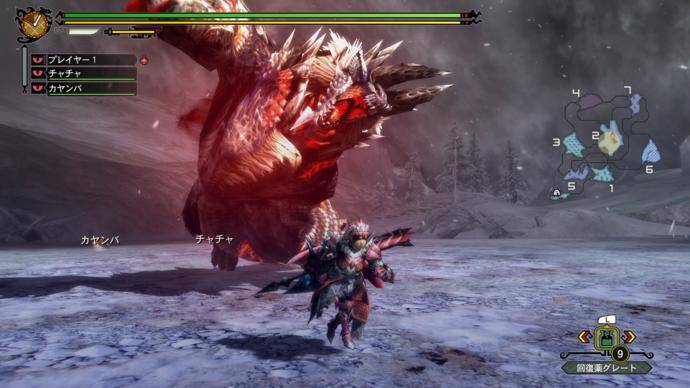 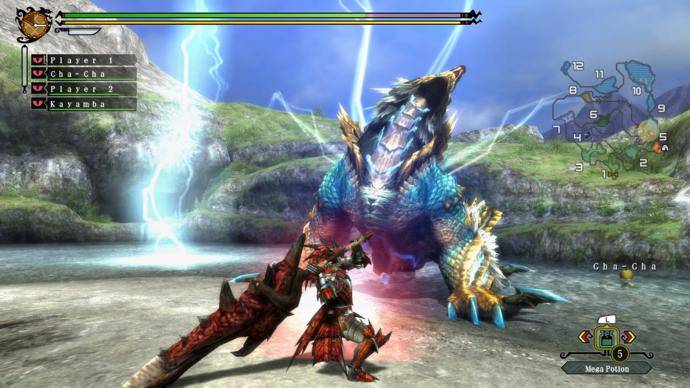 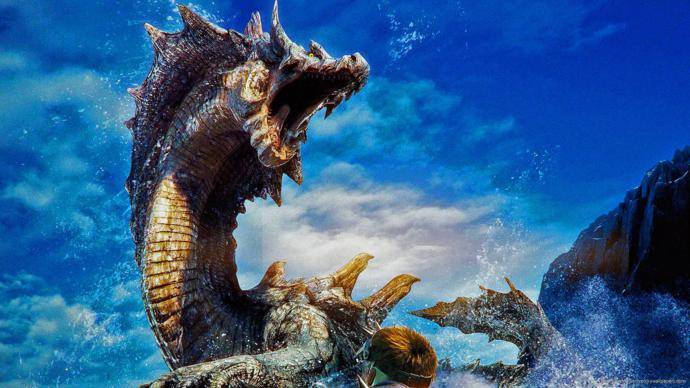 Longtime fans of the series will be able to get into MH3U relatively quickly, especially since it’s a massively updated version of the Wii’s Monter Hunter Tri. This lack of accessibility, though, is definitely a drawback for newcomers to the series. However, it’s obvious that all of these early quests are building towards something. Sure enough, after a few hours the efficient game design becomes more apparent, and things start getting really good.

It All Makes Sense Now

After thumbing through the various guides found in the menu, and doing a lot of experimentation, things start coming together; MH3U isn’t as daunting as it appears. Capcom was nice enough to make all 12 kinds of weapons available from the start, thereby making it easy to find a perfect fit. Each is very different and tailor made for different styles of play. Like swift, pretty combat? Give the dual swords a shot. If tanking is more interesting, then the lance and shield might be a better option. Part of the fun is taking all of them for a spin, finding new combos and upgrading them in order to really give enemies a thrashing.

Better yet, the starting area, Moga Woods, is a great place for new adventurers to get their feet wet testing out weapons and gathering resources. There’s absolutely no penalty for dying (unless on a quest), which makes taking risks to learn the rigors of combat a viable option. Expect to spend a lot of time here.

Then, of course, there are the hunts. These unique monsters to take on are huge and each have different attack patterns and weaknesses. This is where trial-and-error really comes into play, but discovering just how to kill or capture them effectively isn’t that difficult, it just takes patience. Button mashing is not exactly plausible, and it’s more important to study their movements to find the perfect time to strike. This makes every battle with one of these hulking creatures an important and compelling experience.

But what about all of this loot? The amount of resources found while out gathering or hunting can definitely lead to confusion, so inventory management is essential. However, item combination and armor/weapon forging is rather intuitive despite how complex it seems.

Basically, these materials are used for three things: forging or upgrading equipment, creating helpful items (traps, potions, food, etc.) and providing the village with resources. They can be sold, naturally, but it may be best to be a hoarder early on so that powerful weapons and armor can be crafted before diving into the meat of the game – online questing.

Without a doubt, the biggest draw to Monster Hunter is the multiplayer. The primary goal here is to achieve the coveted G-Rank in the Hunter Ranking system, but there’s a lot to do before that happens. The quests are much more difficult, but this is also the best area to farm; it’s much easier to find the necessary items to make an armor set with a few friends helping out.

The online environment (which can also be played alone) is ultimately where the game works best, but the solo content in Moga Village is loaded with depth and can be just as enjoyable as tackling the multiplayer missons. Despite how long it takes for the game to truly become engaging, there is plenty of incentive to push forward and see everything the game has to offer.

The audio and video department, while not without their problems, do their job well to make all this content pleasurable to the senses. It does get tiring to hear the same song over and over again, but the battle music makes the combat satisfying, and the sound effects are believable. The visuals, however, are not much of an upgrade from Monster Hunter Tri. They’ve been upconverted to HD, so they look good, but they could use a little spit shining. Despite this, the areas are pretty vibrant, and the monsters look brilliant. The equipment is probably the best part, though. All of the weapons and armor look like what they were crafted out of, and it can be an absolute blast creating new gear to be as stylish as possible.

It’s a shame that this series really hasn’t caught on like it should here in the West. The reasons for this aren’t clear, but the harsh barrier of entry and limited Western releases probably have something to do with it. MH3U really is captivating once the gameplay kicks in, and it’s another bullet-point on the short list of reasons to own a Wii U.