It feels so long ago that I went out and purchased a banana yellow Gameboy Pocket and copies of Donkey Kong Country and Donkey Kong Country 2.  As a kid, I always had to pay for my own games as my parents refused to purchase games for birthdays or Christmas.  For that reason, these two games were played a lot.  Many years later, Nintendo is still releasing titles in the Donkey Kong Country franchise; how thankful long-time fans must be, because Nintendo continues to release high quality, top tier games.

Not What Many Want But…

Another Donkey Kong was not on the wish list of many people, especially those that thought developer Retro Studios might be returning to the Metroid franchise.  Donkey Kong Country Returns on the Wii was a big hit, and it reviewed very well.  Via forums and blogs, I got the sense that people were ready for another DK64esque game; when Tropical Freeze was announced, I personally was not that excited.  While Returns was a great platforming game, I wasn’t sure I wanted more of the same.  Fortunately, I was mistaken. 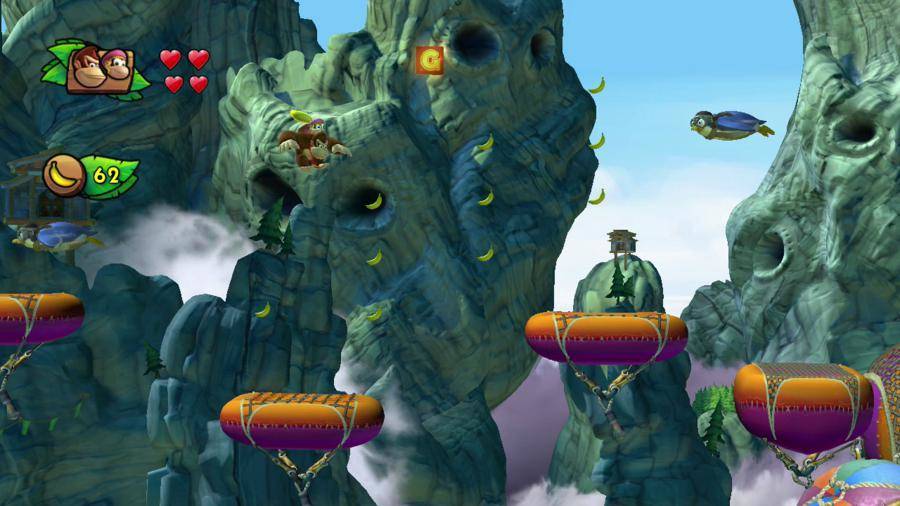 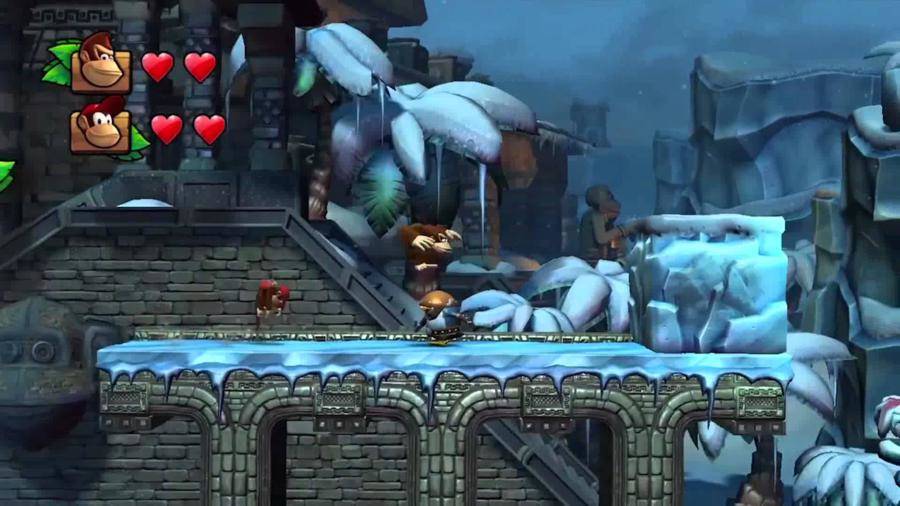 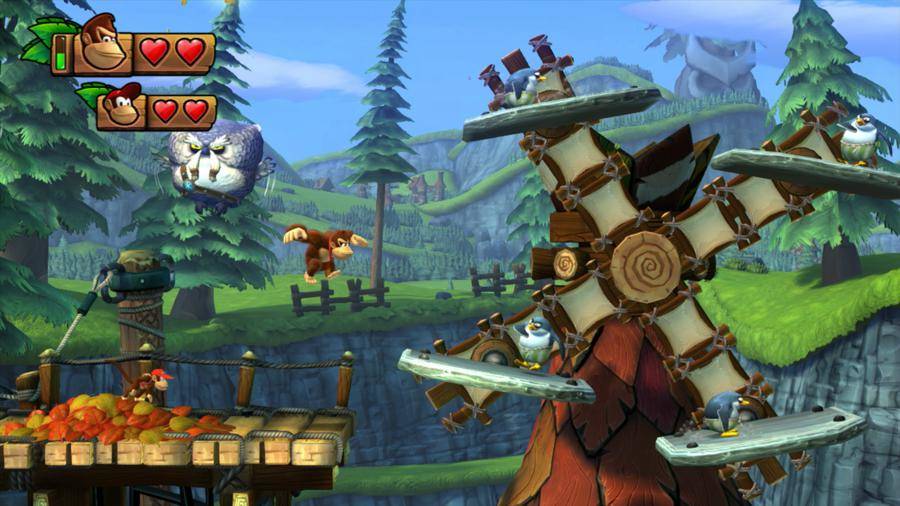 2D platforming Mario games have always been juggernauts for Nintendo’s many platforms.  On the surface, it seems unwise to flood the market with multiple 2D platforming titles.  While both Mario and Donkey Kong follow the same get-to-the-flag/barrel end goal for each level, the game mechanics are fundamentally different in both, allowing each title to stand alone as a unique, 2D experience.

Unlike in Donkey Kong Country Returns, Tropical Freeze allows you to choose one of three monkeys to accompany you on your quest.  Sometimes, choosing between Dixie’s helicopter spin, which helps reach new heights, or Diddy’s jet-pack, which allows you to clear small gaps, or Cranky’s cane, which allows you to bounce over otherwise impassible traps, doesn’t matter.  Any Kong will help you complete the level and snag all the collectibles.  At other times, however, who you choose to take along for the level will determine whether or not you will be able to collect all the puzzle pieces or the K-O-N-G letters scattered throughout a stage.  The ability and the need to choose at times gives players a challenge and, often, a reason to replay past levels, adding to the already lengthy, fifteen plus hour campaign.

While both Mario and Donkey Kong follow the same get-to-the-flag/barrel end goal for each level, the game mechanics are fundamentally different in both, allowing each title to stand alone as a unique, 2D experience

Playing through the six island campaign gets extremely tough over time.  Despite the excellent platforming, outstanding visuals and catchy music, many will probably never complete Tropical Freeze – it really is that tough.  However, beating each level felt like a small victory, and the desire to actually complete the game drove me forward.  It was fun swimming through the water avoiding obstacles, climbing on vines and moss, and attempting to time perfect bounces to cross treacherous pits.

The boss battles are also cleverly designed.  Each boss usually took three stages to defeat.  With each stage, the boss gained a new ability which would change up the way he is meant to be defeated.  Looking for the subtle signs of how to defeat the boss was challenging, but enjoyable.

The Wii U has allowed Nintendo to be more detailed when it comes to graphics within their games.  Tropical Freeze does not disappoint.  The most obvious graphical enhancements over Donkey Kong Country Returns is the level backgrounds, the enemies and obstacles, and even the fur on the Kongs.  It all looks stunning, and Nintendo has worked hard to provide detail on other elements of the game that many may overlook.

The majority of the campaign was finished with friends.  The game has excellent local couch co-op, although the inability to swap Kongs between players during the game was sometimes infuriating, especially when myself or those playing with me could not figure out a specific puzzle or challenge that the other player could easily complete.  This resulted in a lot of controller swapping; this oversight felt unnecessarily restrictive.  There was also no ability for players to swap between Dixie, Diddy, and Cranky within the level.

Donkey Kong Country Tropical Freeze is a must own for any Donkey Kong fan or platforming fan.  Be warned, the difficulty of this game is very high, and if you happen to complete it 100%, you will be in the small minority.  Despite the difficulty, the great graphics and excellent gameplay makes this a staple for anyone who owns a Wii U and enjoys this style of game