To Buy or Not To Buy: The Rest of the Nintendo’s 2014 Releases 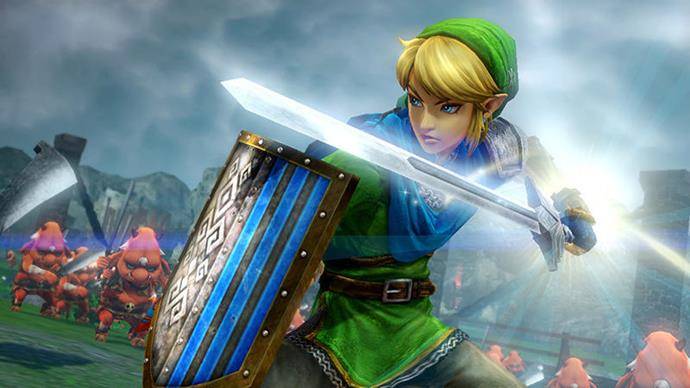 Although Summer is still upon us, Nintendo will be getting back into the swing of things again when Professor Layton versus Phoenix Wright launches later this week. Nintendo hasn’t had a retail release of their own since Mario Kart, but the dull summer is finally coming to an end.

Nintendo has huge plans for the next four months, both on 3DS and Wii U. Some big games are coming to both systems, so I figured I would let you in on what is coming, what you should pre-order, and perhaps what you might want to hold off buying.

Understand that when I say you should purchase something, I’m assuming you already have a general interest in the franchise or genre.

The Wii U version continues to get update after update, making the game larger and much more appealing. The number of availble fighters and stages makes for almost endless fun. When this game launches, challenge yourself to try and master each and every fighter. You will definitely be a much more rounded Smash Bros player if you do.

Wii U: Day one purchase.

3DS: Hold off and check your favourite sites for reviews and impressions. As the first handheld in the franchise, there may be a few hiccups along the way that need to be ironed out.

Hyrule Warriors is definitely a game that is going to primarily appeal to the Japanese crowd. However, I think the game will do fairly well in North American and Europe as well. If you are a huge fan of the Legend of Zelda series, this might be the perfect option to tide you over until the new Legend of Zelda game launches (hopefully) in 2015.

Casual Fans: Again, hold off on that pre-order. This game will be receiving mixed reviews from media outlets. This is one of those titles where you should watch considerable gameplay footage to determine your level of interest.

There really isn’t a rush for anyone to go out and grab Pokemon Art Academy on the first day. That isn’t to say that you won’t enjoy it, but why inconvenience yourself on something that cannot really be ‘spoiled?’ Be advised, this isn’t necessarily a must have for all Pokemon fans, so don’t pre-order expecting grand things. It’s just artistic tutorials and tools focusing on Pokemon. I enjoyed it, but not everyone will. If you want it, snag a copy on your next trip to the store, or when you have the funds to do so. Don’t make a special trip for this one.

3DS: Grab it at your convenience. There is not rush to get this on day 1.

Again, we are looking at an other love-it-or-hate-it title here. This game is huge, and the beginning is s–l–o–w. I played at an E3 event for about 20 minutes, and felt like I had barely progressed. However, I love games that are huge and give you a ton of options, skills, and abilities.

RPG Fans: You will sink a ton of time into this title. Its a pre-order for sure.

Slightly Skeptical?: There really is no rush. Take your time to watch video and read reviews, and then make an informed decision.

Puzzle fans unite! If you’re a fan of both franchises, this will be a day one purchase for sure, especially since the next Nintendo title is about a month away (Hyrule Warriors) and the next 3DS title not out unti late October. Although my review copy won’t arrive for a few days, I have heard and read that the game’s puzzles are only a ghost of what they use to be, both in variety and difficulty.

Hardcore Layton and Wright Fans: Day one purchase for sure. There won’t be another AAA 3DS game until late October, and this title is bringing together the best – or at least almost all of the best – of both franchises.

Puzzle Fans: This isn’t necessarily a must buy. There are multiple cheaper puzzle game options available on the 3DS eShop to tide you over until the next big release. Perhaps try one of the Pushmo games the eShop has to offer.

Lets get real. Almost everyone who played the Captain Toad levels in Super Mario 3D World ended up wishing there were more of them available. Nintendo heard the fans, and announced (already in development, therefore they probably just guessed fans reactions ahead of time) Captain Toad at E3. Unfortunately for those in Europe, the game has been delayed until January 2015. Regardless, this will be an interesting title, especially if it is released near Christmas. It’s hard to image parents buying this for their kids instead of, say, Super Smash Bros Wii U.

Captain Toad SM3DW Fans: If you walked away from 3D World desperately wanting more Captain Toad levels, this is a day one purchase.

Casual Fans: It is a Nintendo title, so getting it any cheaper post launch will be near impossible – save for those famous post-Christmas shopping trips that inevitably result in near death – but if you are banking on getting a Wii U game for Christmas, this probably shouldn’t be your first choice.

If you haven’t ever played Bayonetta, you are in luck. Nintendo has promised that Bayonetta 2 will ship with the original Bayonetta on the disc. Essentially, you will get two AAA titles for the price of one. Here is an opportunity to get more for less. Bayonetta’s simple yet intelligently designed combat should give the game universal appeal, although it may be hard to win over players who weren’t already interested before.

Bayonetta Fans: Buy this up! Relive Bayonetta 1 and than dive into what should be an excellent adventure in Beyonetta 2!

Casual Nintendo Fans: Buy this up! It’s not every day the Wii U has an exclusive title that Microsoft and Sony would crave on their own systems. For once, you have the advantage over your PS4 and Xbox One owning pals!

Other titles will inevitably also launch between now and December 31st, including multiple eShop and Virtual Console releases. I hope, however, that the above list will at least help you decide which games you will be spending money and time with for the remainder of 2014.

More Thoughts From Me #198: My Top 10 Favorite Games of All-Time

Shantae and the Pirates C...