Disney and Final Fantasy characters fighting alongside each other, a story about hearts and key blades, real-time button mashing combat, and a main character with hair that defies gravity; Kingdom Hearts hit the industry with originality, bravery, and charm back in 2002. Fast-forward 11 years and we have a well made HD remastering of the original classic and its direct sequels.

The 1.5 HD ReMIX collection contains the first Kingdom Hearts game, alongside its PS2 sequel Re:Chain of Memories, and spin-off game 358/2 Days. But it should be noted the latter is only the cutscenes from that game. This isn’t much of a loss considering 358/2 Days didn’t quite live up to the standards of the franchise. Nonetheless, this HD remastering is a heartfelt acknowledgement to an incredible creation.

When first announced over a decade ago, the industry and its fans shook their heads in amazement. The mere concept behind Kingdom Hearts was impalpable. Squaresoft (before their merger with Enix) promised an exquisite and supernal world with fast paced combat and recognizable Disney characters fighting off dark entities. Naturally, we laughed at Square; until the game actually delivered on its magnificent promises. Kingdom Hearts was a touching, fun, wondrous, and well made video game experience. If a game was ever to be compared to wine, Kingdom Hearts is a perfect specimen. It looks stunning in HD, sounds exceptional, and plays wonderfully. But most importantly, the game is as imaginative and creative as it ever was. 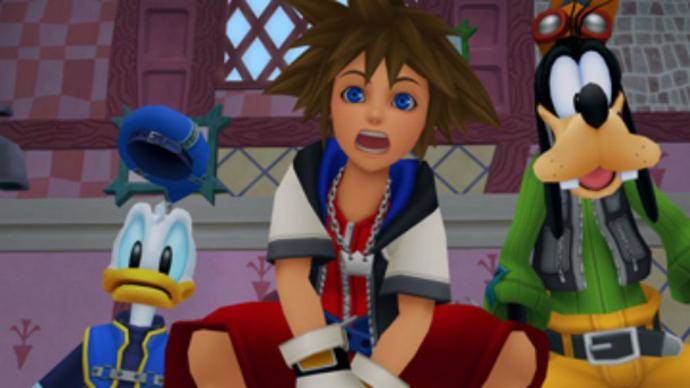 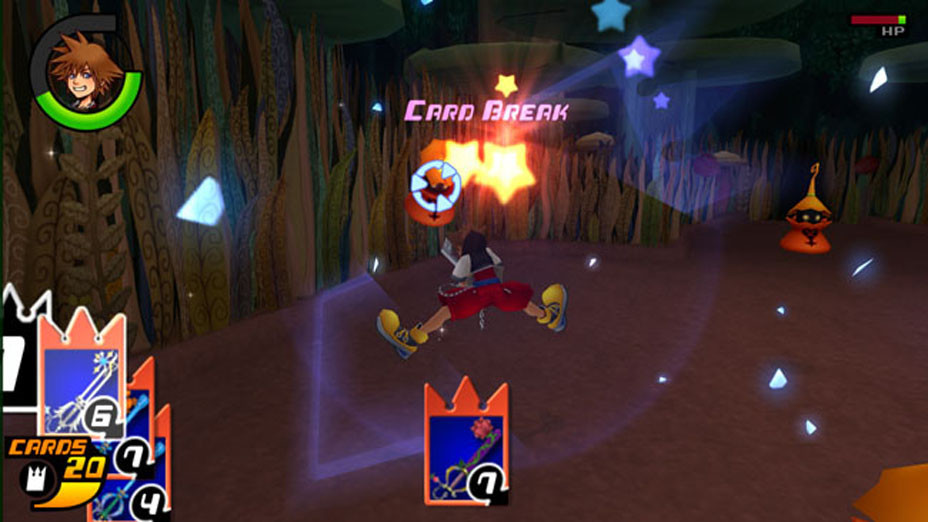 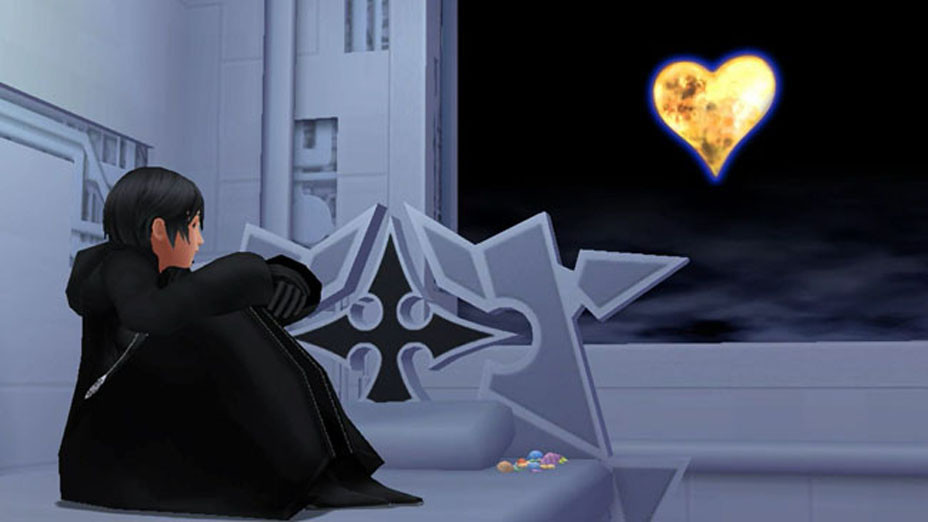 During your 30 plus hour journey with Sora (the main character) and his two partners in crime, Donald and Goofy, you’ll swing through vines with Tarzan, swim in Atlantica, fall down a rabbit hole into a Wonderland, fight in an Olympic Coliseum, collect Dalmatian puppies, and take on some of the biggest baddies of the silver screen. Kingdom Hearts offers humongous amount of content, all of which are addicting and a joy to partake in.

During your 30 plus hour journey, you’ll swing through vines with Tarzan, swim in Atlantica, fall down a rabbit hole into a Wonderland, fight in an Olympic Coliseum, collect Dalmatian puppies, and take on some of the biggest baddies of the silver screen.

What These Games Offer

Gameplay, much like the narrative, was an abnormal feature for Square. The button mashing, real-time mechanic was a great departure from Square’s usual turn-based offerings. It was brilliant and fun 11 years ago, and still is today. There’s no real strategy involved with its combat, but that’s a good thing. The game doesn’t stress logical thinking and passive examinations. You’ll need to make brisk decisions and react with fast reflexes. It is shallow, you only need to press one button to attack and another button to use magic and items, but it is superbly satisfying. However, if you want more of a challenge, Proud Mode really tests your skills and tactics in battle.

The second title, Re:Chain of Memories, is a great follow up to the original. It has the same beautiful score, altruistic and multilayered characters, and a narrative that further supplements the overarching story. The combat however is drastically different from its predecessor. Chain of Memories introduced a card-based battle system that completely contrasted Kingdom Hearts’ simplicity, for better or worse. You can only attack through the usage of a set number of cards; much like the trading cards that can be found in Pokemon, etc. Each type of card allows Sora to complete different combat moves. For example if you want to use potions, you’ll specifically need a potion card to complete the task of healing yourself. This is expanded to almost everything in the game; attacking, magic use, summoning, items, etc.

Whether you like it or not is simply down to personal preference, but do note it will take a great deal of patience to learn and master. Chain of Memories isn’t as long as the first title, seeing how it was originally a GBA title, but still offers plenty of content. There are Disney inspired collectibles, treasure chests to open, and secret bosses to fight. It also looks alluring in glorious HD, much like the original.

The final piece of this collection is 358/2 Days. As mentioned before this isn’t actually a fully fledged game, instead Square Enix opted to turn the handheld title into a set of individual cutscenes that will take three hours to complete. This isn’t surprising, as it would’ve been difficult to convert a DS game into a playable PlayStation 3 title. The cut scene or “cinematic experience”, as Square likes to state, is your regular Kingdom Hearts fare. Characters with unusual hair talk about friendship, love, hearts, and finding your role in life. It can come out as superficially corny for newcomers, but it will be a welcomed addition for long time fans.

The game was a spin-off directly complementing Chain of Memories; it was originally created to explain certain events in the series that were confusing for fans. Despite learning more about Kingdom Hearts’ lore another incentive for devoting three hours of your life are the easy trophies you’ll earn. You just need to watch the cutscenes and you’ll earn six trophies.

Despite its flaws, Kingdom Hearts is much the same as we remember it, only made more workable for a modern audience.

Kingdom Hearts has always stood out in this industry. However, certain gameplay and level designs are outdated and bland. For example, the Gummi Ship mini-game in the first Kingdom Hearts hasn’t aged well. It was met with mixed criticism when the game originally released, being labeled as tedious and out of place. But despite its flaws, Kingdom Hearts is much the same as we remember it, only made more workable for a modern audience. It’s still a perfect example of a time and place when Square and the industry as a whole were willing to take creative risks. Sure, Final Fantasy and Disney are beloved franchises, but it may have been hard to see how each universe would mix together. However, it succeeded beyond anyone’s expectations, even Square’s.

This HD collection provides a beautiful, fun and nostalgic journey down memory lane for long time fans, and offers newcomers a chance to play one of the most outlandish gaming experiences around. There’s prodigious amount of content to devour, the musical score is still beautifully luscious, the combat is fun in both games, and the narrative is exceptional. Kingdom Hearts 1.5 HD ReMIX is quite good, a refined experience. And for only $39.99, the purchase should be obvious.