Taking on the challenge of creating Sony’s own first-person shooter blockbuster, Insomniac Games released Resistance: Fall of Man as a launch title for the PlayStation 3 with two sequels following it afterwards. With a unique alternative history setting fused with science fiction and a flair for designing inventive weaponry, Insomniac created a series that offers three unique first person shooter experiences. And while it may not have reached the popularity it deserved, Resistance offers some of the most exclusive experiences of any shooter.

Holistically speaking, what makes Resistance such an exciting series of games as a trilogy is that each game feels distinctly different. Instead of simply improving graphics, adding a few new features and some weapons, the three games each have a unique ambiance that provides good reason to experience and play each of them. Whether intentional or not, this is quite different from other shooters and games in general. Add to this the fact that the arc of the main console entries is completed in the third game, and you have a complete journey across three games, something most titles these days lack with the sometimes obnoxious assumption of infinite sequels.

For the most part, the story in the game feels like watching a party across the street that you weren't invited to

The feel of the gameplay also varies across the series. Fall of Man is a very fast paced game and leans towards a more chaotic experience with its ability to select any gun you’ve acquired. The pace is slowed down somewhat in Resistance 2, though the level design and amount of enemies you face at times makes up for this change. Wrapping up the trilogy, Resistance 3 feels like a combination of the best qualities from the previous two games. Though these changes weren’t necessarily welcomed when each sequel came out, looking back on it, it serves to create a distinct tonality in the gameplay of each installment. One thing that can be said about changing up the style and feel of play is that this ends up being better than simply adding one or two features which throws off the balance of an already functioning gameplay design.

Despite some changes across the series, the intensity of Resistance never fades. The number and force of your enemy is impressive and at times frightening. Insomniac designed a virtually unstoppable opponent that’s both terrifying in its methods of converting humans and the sheer amount of their strength and at times, size. Fortunately, the developers were kind enough to give players some weapons that give humanity a fighting chance.

If you’ve never played any of the Resistance games, then you’re in for an experience that’s different from the average shooter. Similar to Ratchet and Clank, Insomniac put as much work in creating levels and character models as they did in their weapons. And while the guns are different from those found in a typical military shooter, they don’t border on the absurd. They represent much of what an alien species may create on their own, or what crazy weaponry a military may have hidden in a lab somewhere. It’s right amount of crazy without feeling like the guns ought to have the word Acme stamped on them somewhere.

Instead of just achieving excitement of being in the middle of warzone fighting monstrous foes – which it does just as well – the fun and challenge of Resistance is often using the different weapons Insomniac has designed. This is brought to life the most in the first and third games where you have access to any weapon you’ve picked up through the weapon wheel selection process. This allows the player to approach certain situations differently than just merely shooting at the enemies. It increases replay value by allowing different tactics to be deployed. Though some of this freedom is restricted slightly in Resistance 2 by only being able to carry two weapons at once, there’s still the question of which guns you’ll choose to carry and why. 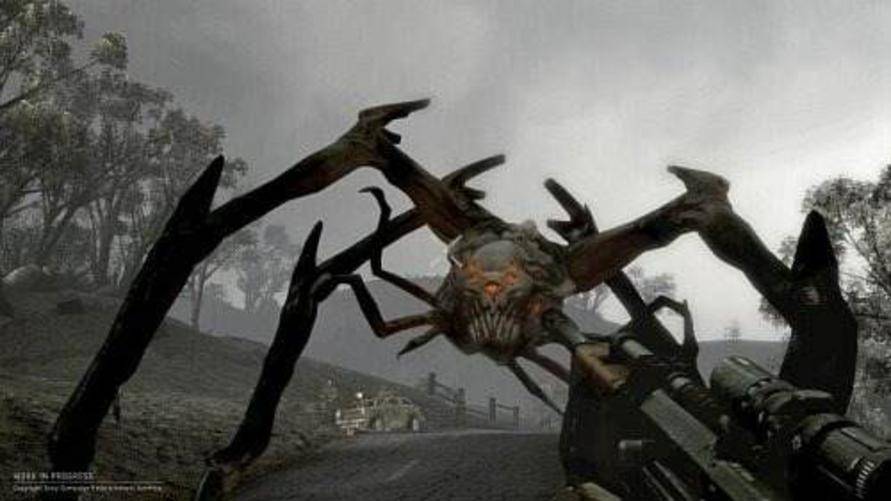 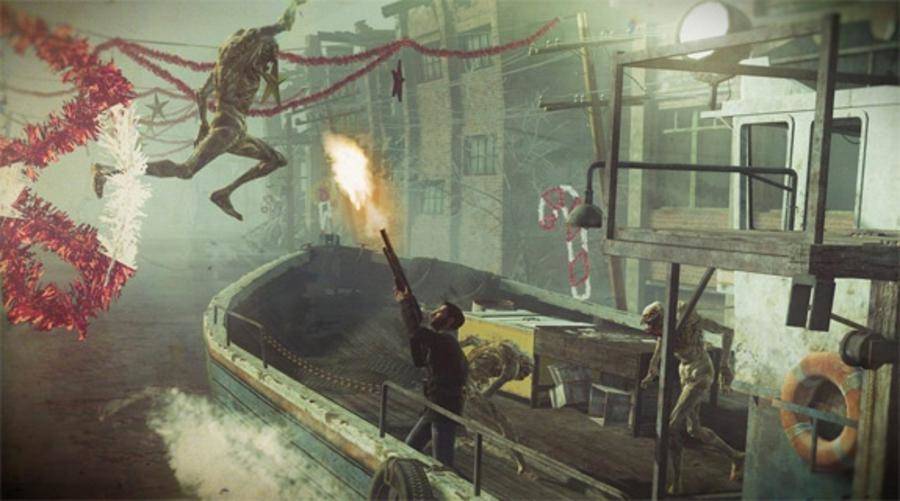 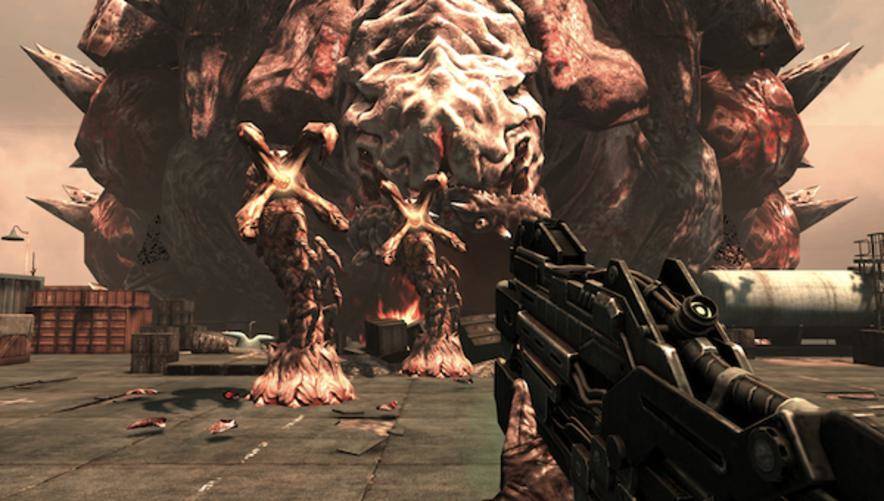 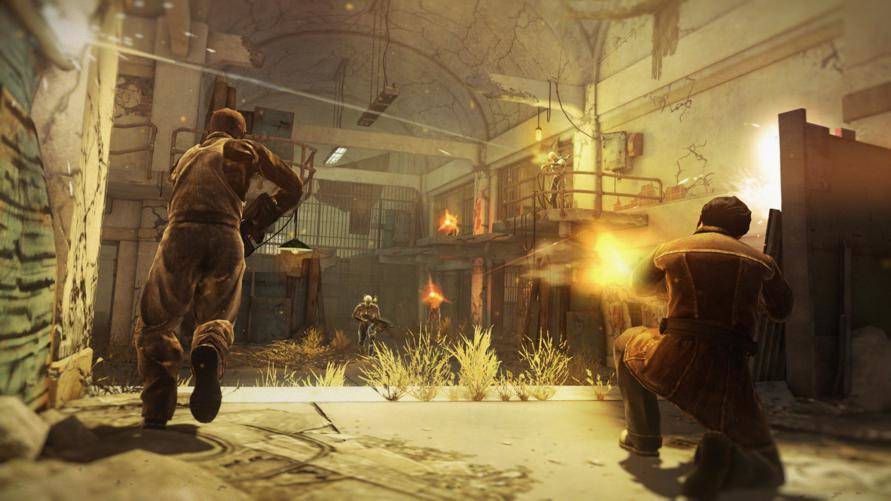 Each installment of the series also sees a slightly different take on the various weapons. Sometimes its just a change in cosmetics, sound, or rate of fire as in the Bullseye weapon, and other times its actual changes to the secondary fire option, though this one is less common. While some may be disappointed at a lack of continuity between the various games, it gives each one a sense of its own identity and a reason to play through each of them instead of just skipping to the latest game.

Presentation in an Apocalyptic Setting

Given that we’re almost at the end of the current console generation, the Resistance series shows a great evolution of visual design in games throughout the generation. While each title is visually appealing on its own, there is a clear feeling of a 2006 style game compared to a 2008 game compared to a 2011 game. For many, this may just be a welcome advance in graphical power, but for gamers really invested in the culture and evolution of games, its nice to see this progression and to see how far we’ve come within the span of a single generation. And by the third game, you’re in for some very impressive visuals.

The sound design deserves the most criticism in the series. While there’s a soundtrack that works for the setting of the game, the series could have really benefited from a more recognizable and captivating theme. Resistance 3 does a bit better with some of the ambient drone music, which plays whilst going through a ravaged middle America, but after fighting for three games, there’s the feeling that there should be a theme of some kind for the Chimera and its possible that there is, it just doesn’t stand out as it should.

Some of the sound effects are noticeably strange and really detract from the experience in the game. Each title has what are quite possibly the loudest sounding footsteps I’ve ever heard in a game, particularly in the cut scenes. It’s one of these things that pull you out of the moment to question it. There is also, most noticeably in Resistance 2, times where the sound effects in general are entirely too loud or simply mixed poorly. The result is very distorted sounding explosions. This becomes particularly annoying during multiplayer.

Each installment has a unique perspective in its narrative approach; Fall of Man creates a great sense of invasion from a mysterious and monstrous entity; Resistance 2 does well in its attempt to show an organized military response to the threat and Resistance 3 shows the failure of this and the nearly defeated human race struggling to simply survive. While this aspect is executed well, there are still some shortcomings to the overall plot and narrative structure.

For the most part, the story in the game feels like watching a party across the street that you weren’t invited to. You get glimpses here and there as to what it’s all about and the overall sense that there’s something much larger going on (especially since the alien Chimera seem to be using their own resources and structures already built on the Earth). Instead of conveying a sense of wonder and intrigue, however, what’s ultimately left is disappointment.

The discoverable documents throughout the games help to fill out the feeling of a world a little bit more, but feel contrived. In all honesty, who wants to stop in the midst of a firefight to look at fake equations with someone’s personal thoughts scrawled in the margins? The series conclusion is also a bit underwhelming in terms of narrative and feels like it wraps up everything far too quickly. It’s not an enraging close to the series, but a lacking one. This is quite sad given that Insomniac has declared that they’re more or less done with the series.

If pressed to describe the Resistance series in one word, it would be quality. Above all, the best aspect of these shooters is that they are quality games in both their single-player and multi-player; while there are still people on the servers, the largest amount of players seems to be focused on Resistance 2–which works well as the game supports up to 60 players in one game–with a halfway decent amount of players on the smaller sized multiplayer in the third game. Fall of Man mostly has people playing in private custom games, but still enough people to enjoy some of the action.

If you own a PS3 and love shooters, Resistance needs to be in your collection

The single-player portions of these games have some of the most memorable experiences in gaming. Whether it’s fighting off an alien invasion through the streets of London in Fall of Man, facing off against the epic Chicago monster in the sequel, or nearly being wiped out by the practically victorious Chimera in the finale, Resistance is an unforgettable series.

Each of the games have co-operative modes, although it’s the second game that stands out in this regard. The challenge of eight players working together to accomplish objectives while facing off against an impressive amount of enemies is enough to make you swear like a sailor and is a rush that few games can deliver. This is definitely a series you’ll want to pick up with a friend.

While the uncertainty of any future games in the series might be some cause for some sadness, being able to play through a complete series without purchasing at least two different consoles is a rarity these days. The sense of completion, the ability to pick up all three games and get the whole experience in a weekend or two is great. There’s a lot of thought put into each of the campaigns and the multiplayer is lively enough to share the mayhem with friends or others across PSN. If you own a PS3 and love shooters, Resistance needs to be in your collection.