These past eight years has seen a great slew of changes in the video game industry. Whether it is the global domination of Call of Duty and Activision’s implementation of a one year release cycle, the integration of online, the creation of achievements and trophies, or the rise of casual gaming; this generation has changed the medium and its landscape in a multitude of ways. But there was one prominent trend that saddened me, and that is the lack of compelling JRPG titles. However, Tales of Xillia gives me hope. The latest entry in the long running Tales series is a fine JRPG experience, that, while it won’t win any awards, is still worth your precious time.

Tales of Xillia starts off in a rather unique way, as the player is quickly presented with a choice of two main characters to play as. The first part of this dynamic duo is Jude Mathis, a high honors med student that strayed away from his rural background and ventured into a more urban environment. The second character comes in the form of Milla Maxwell. Milla is the “Lord of Spirits”, a higher being that watches over both spirits and humans, and it’s her duty to make sure both live in peace with one another.

In Xillia’s world, spirits gives humans the ability to use mana. But because of humans’ never ending lust for power and greed, they decide to make a powerful man-made weapon that was designed to capture spirits and use their power. Milla ventures off to find the weapon and, while in his city, bumps into Jude.  The two characters meet, thus starts the 30 plus hour narrative.

Tales of Xillia’s story moves at a rather brisk pace, especially for a JRPG. The first couple of hours are intense and quickly put the characters in several challenging situations. The game is filled with a colorful cast of characters that are interesting and easy to fall in love with. Each of the six protagonists come with their own unique personalities and motivations for their participation in this journey. As I put in a hefty amount of playing time, I found myself caring for the characters more and more. This is a rather incredible feat, as JRPGS are usually filled with one or two annoying party members. I’m looking at you Hope and Vanille. 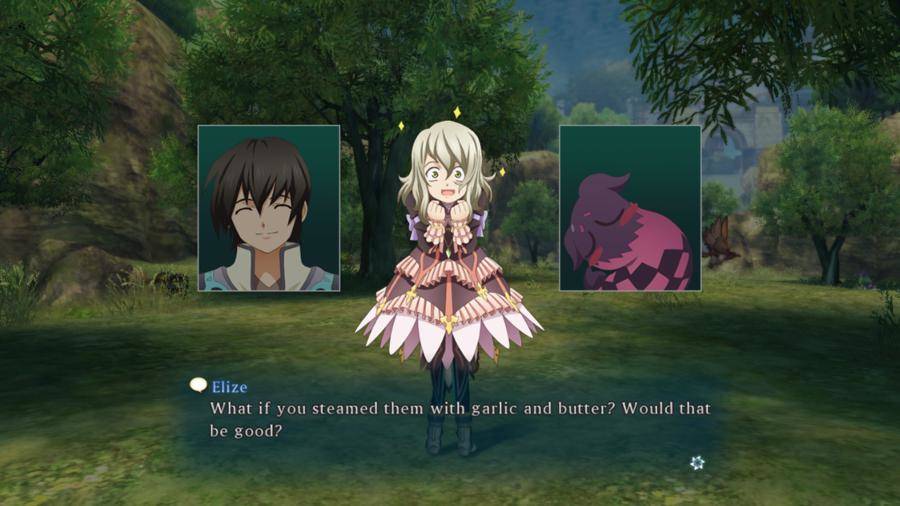 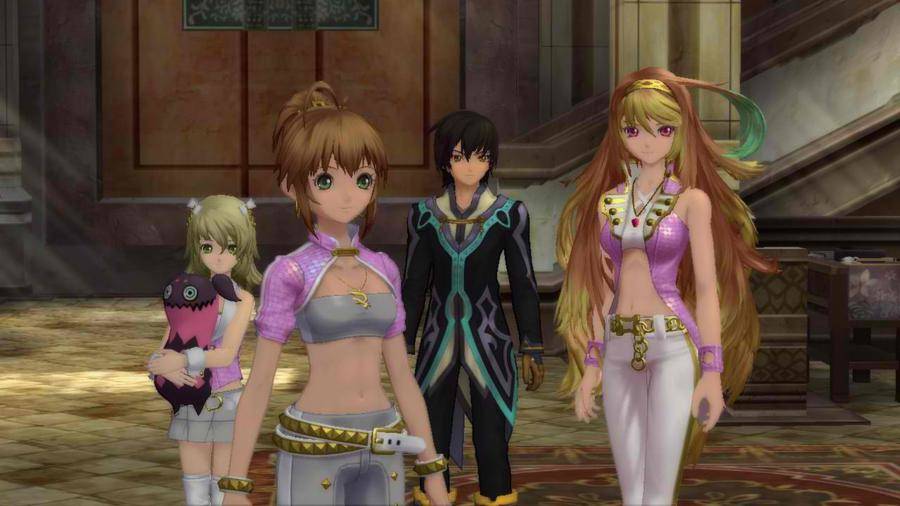 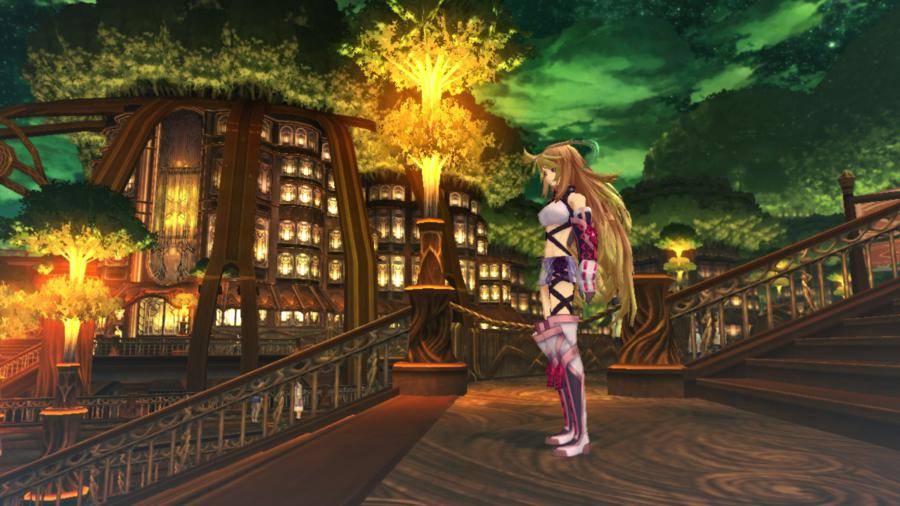 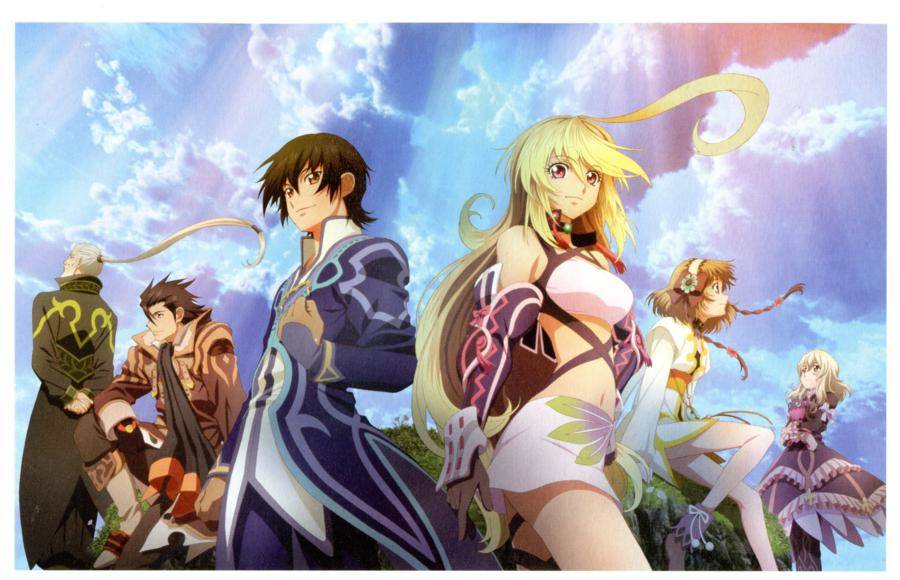 The story itself and the conflicts it poses were compelling enough for me to keep on caring in the entirety of the 30 hours I put into this game. The narrative is reminiscent of games such as Final Fantasy 6 and 7 with the depiction of technology, man-made weapons, and the negatives surrounding their use. It reminds me of the world we live in. War and the gluttony of power have occupied our history books way too often.

The story is wonderful, but it is also rather imperfect. The game contains way too much exposition, something the Tales series is known for. While it might be a beloved staple for long time fans, I found it to disrupt the pacing and flow of the narrative way too heavily. You’ll get loads of conversations between characters that the player can witness with a click of the select button, and some are completely random and contrast the main storyline in a jarring way.

The real draw for me comes in the form of Xillia’s combat system. It is a real time, button mashing system that has always been a unique feature for this series. With each new Tales games comes new upgrades and tweaks to the already fun-paced formula. You start battles by encountering enemies that are seen on the map, and are then taken to a battle screen. You have complete freedom to move around the battle environment and you inflict damage by pulling off shallow, but satisfying combos.

At the surface this type of button mashing battle system can be quite thin, but the inclusion of artes and the new links system, a gameplay feature that allows you to partner up with a party member, allow for more depth. Artes, which are more powerful attacks that can be triggered with the push of the O button, have been in past Tales games. However, links are new, and allow you to pull of higher end artes techniques with your linked partner. You are presented with an artes meter to the left of your screen that get’s filled up by pulling off combos. Once it reaches the required benchmark you can perform a powerful attack with a linked up party member, through perfect timing of course. All of this combines for an incredibly addicting battle system that I found myself never tiring from. The boss fights in Xillia are some of the most frantic and tense fights I have experienced in a JRPG. They are definitely amongst the best.

As for the game’s graphical appearance, it could use some improvement. Let us not forget, this a 2- year old title that just recently got localized for U.S audiences. Xillia poses a Cel-shaded look just like Ni No Kuni, but isn’t as good looking. It also contains beautiful anime cut scenes that are triggered at specific moments in the narrative. They are scarce, it would have been nice to see these animated scenes a bit more often. The sound is fine as well, with a musical score that is great, and fantastic battle themes.

Another cool revelation poised by Xillia is the way it treats its weapon and item shopping. Xillia is filled with five unique shops: food, armor, weapons, items, and accessories. All have to be upgraded by collecting unique items that can be found in treasure chests and item drops. As you upgrade the stores with the use of these items, more powerful weapons and such get unlocked. You might think such a feature can be exploited, but it’s in a smart and restrictive way. It makes wielding an ultimate weapon in the first few hours impossible. It is an original take on shops and weapon hunting, and should be a permanent and welcomed addition to future games.

As for side quests, all of them come from NPCs that can be found throughout the towns and dungeons. They range from your typical, generic fetch-quest to more interesting monster hunting missions. But there is one problem I encountered with Xillia in this respect; there isn’t much variety outside of battling monsters and talking to people. You won’t find any compelling features such as blitz ball or Chocobo riding. All of these side quests deal with finding specific objects and fighting monsters. The game could have used more unique diversions.

Tales of Xillia is a fun, colorful, and a welcome addition to the Tales franchise and, more importantly, to the JRPG genre. It has a fantastic combat system that blows most titles in this sub-genre out of the water. Its characters are all interesting and likeable. Its story hearkens back to the golden age of JRPGs and is fast paced. But Xillia does contain heavy exposition that non-JRPG fans might find unwelcomed. It also lacks variety outside its main quest and contains a slightly outdated graphical appearance. It is an imperfect adventure, but still is good enough for your hard earned money. It won’t save the JRPG genre, but can provide a new light at the end of the tunnel.