In 2004, Sony Computer Entertainment acquired a somewhat unknown Amsterdam based studio called Guerrilla Games. At the time, the studio had really only produced one game: a multiplatform third-person shooter set in the Vietnam War called Shellshock: Nam ’67. Though Shellshock went mostly unheard of, one title of theirs began to stir some excitement amongst gamers, generating considerable hype: Killzone.

Between the impressive graphics and the apparent position of being the PlayStation 2’s answer to Halo, Killzone screenshots filled magazine pages and was the subject of many excited previews all across the Internet.

Upon release however, it’s sad to say that the game failed to deliver what everyone was expecting.

Fast-forward to 2012 and the first Killzone makes its return as an HD remaster for the PlayStation 3. Almost ten years later, does this troubled shooter benefit from a slight facelift and a more powerful console?

Is It Too Late For This Underdog?

Back when I first played Killzone on the PlayStation 2, my experience was mostly enjoyable, though I kept repeating the same mantra: “this would be better on Xbox/PC.”

Back when I first played Killzone on the PlayStation 2, I kept repeating the same mantra: 'this would be better on Xbox/PC'

The unreliable frame rate was perhaps the greatest issue facing my enjoyment; that and the sounds my PS2 made while running it always made me nervous. The experience of Killzone HD should be, to anyone who played the original, indicative that one of the biggest issues plaguing it back in ’04 was the hardware. The PS2 was just a little too lacking in horsepower for what it seems they had in mind. On the PS3 however, the gameplay is vastly better. Frame rate issues are not a problem in the slightest and the more sensitive analog sticks of the DualShock 3 make the game feel a lot smoother. This is how the game should have played upon release and, if it had, Killzone might be a bigger name. 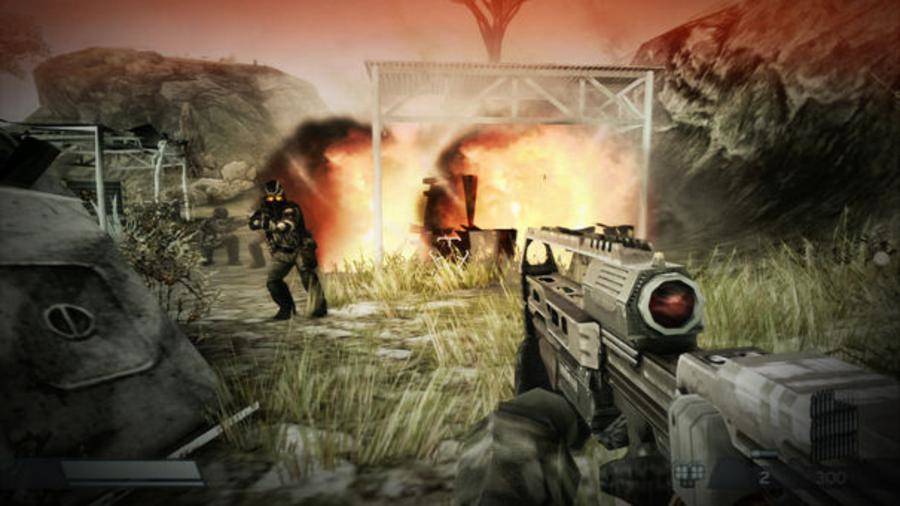 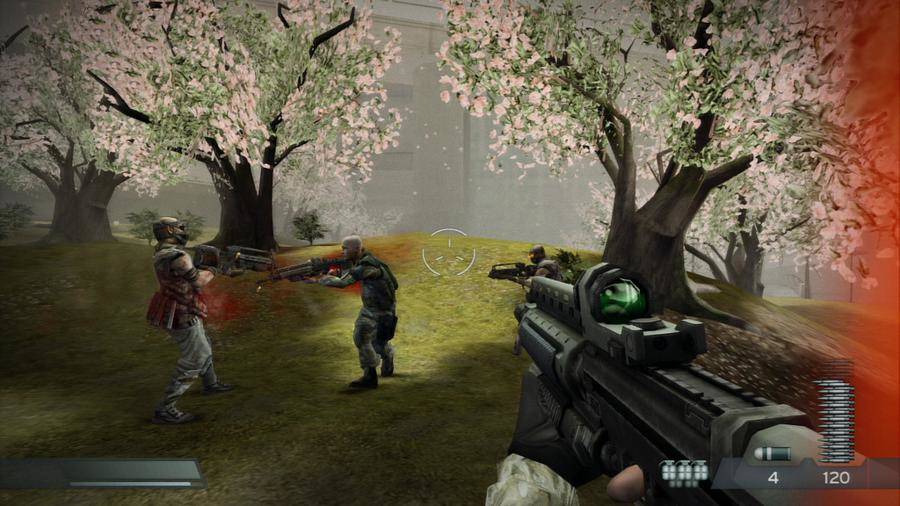 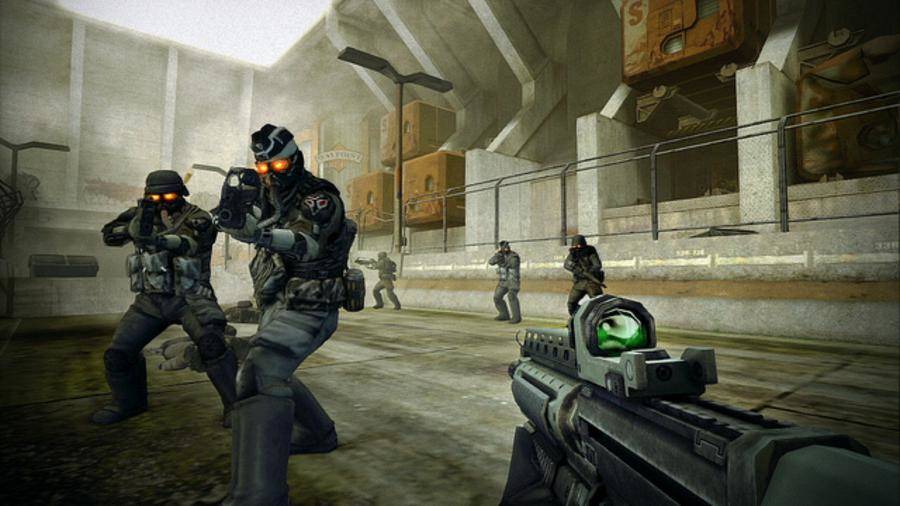 Despite playing wonderfully on the modern hardware, Killzone is truly a shooter of another decade. It feels dated. There are no iron sights to aim down, you can’t jump, you can’t deliver a headshot from 10 miles away with an assault rifle (which I think is a good thing), there’s no dedicated button to smack someone in the head with the butt of your rifle, and the checkpoints are nowhere near as commonly found. Alongside the modern shooter experience, Killzone’s gameplay may feel too old. This goes with the fact that, generally, Killzone is not your average shooter.

You won’t be racing around, circle-strafing enemies here. Even back in its day, when it was being unfairly held up against Halo, Killzone was unique. The guns have a weight to them, aiming is different (though some might say awkward) and movement is slower, more planned out. You’ll spend a lot of time in trenches and hallways instead of open battlefields.

Few games have such a unique ambiance as Killzone. Its visual style stuck with me years after I first played it

Some enemies require quite a lot of rounds to take down and so firefights can be a little lengthy. It has its own rhythm. If it clicks with you, then it’s going to be a pretty enjoyable experience. But that’s if it clicks with you.

Another staple of older shooters found in Killzone is that the campaign is a decent length. This is a good thing. Unlike most shooters today which give you maybe ten hours – if you’re lucky – and then just expect you to play multiplayer, Killzone seems to have more thought put into its campaign. The HD remaster also has single player and two player split screen in the “Battlefields” mode, in which the two opposing factions fight each other in a variety of modes with up to 14 AI bots. Online multiplayer, understandably, is not included. It would’ve been a nice touch, but it probably was too much for Guerrilla to set up new servers for what would’ve just been a nostalgia trip for most.

The Atmosphere of War

Few games have such a unique ambiance as Killzone. Its visual style stuck with me years after I first played it. Sure, it may not be the most colorful of shooters (though Killzone HD has more varied environments than its sequels), but it has a distinct quality to it that can be intriguing. There’s something about the grittiness of it all; the cloudy and suffocating skies, the methodical and forceful reload animations, the punishing sounds of war from all directions that really creates a unique, dark aura. Killzone is consistent with its environments, whether you’re in a city, jungle, or snow covered mountain, the overall murky, dusk like atmosphere is a constant; slow, melancholic, and brutal.

For some however, everything I just mentioned can be a negative, depressing, and boring attribute. But if there’s one thing you can see in Killzone, it’s passion. All of that gray and darkness might seem bland, but look closer: the scarred walls, chipped concrete, rusted sheds, gritty trenches, and cloudy skies are drenched with a single theme that can be very enveloping.

One thing to keep in mind is that this is a PlayStation 2 game. As a result, some of the graphics do look dated. For the most part however, the game looks surprisingly good, especially given its age. Some parts are a little on the ugly side, but overall, the game looks nice for what it is.

A Commentary on War that Misses its Opportunity. Every Time.

If there’s anything that has caused my head to collide with my palm multiple times, it’s the missed opportunities of what the plot could be doing in Killzone. There’s an entire back-story to the Helghast and ISA that has never been brought up fully in any of the entries. It was available on the game’s website at one time, and now I can’t seem to find it, at least not an official source, which only amplifies my frustration with Guerrilla regularly dropping the ball in this department.

Killzone HD fixes just about everything that new hardware can fix

Maybe this is all a part of some grand plan to get the players to think a certain way before showing another side to it all; but to do it across four games so far is ridiculous if that’s the case, which it probably isn’t anyway.

Killzone HD fixes just about everything that new hardware can fix. Guerrilla’s gritty shooter finally has the platform it needed. But in the current climate of games and shooters however, Killzone feels a little out of sync. If you played the game back when it came out and want to experience how it should’ve played or want a trip down memory lane, then this is a return journey you’ll want to make. If you’re feeling brave enough to try a shooter of a different kind, then give this one a shot. Aside from being on the PlayStation Store as a stand alone title, Killzone HD comes packaged with its two sequels in the Killzone Trilogy and is probably the best way to get it if you’ve never played any of the franchise before. It’s hard to give Killzone a solid and permanent score, as it tends to draw different reactions, but it has its own appeal and charm that just might pull you in.