Imagine a world filled with an adorable, cartoon-like visual style. Suddenly, the level’s door opens and out comes this incredibly heroic-looking “Bob” figure, cape and all. Now, out of nowhere, this incredibly exhilarating music fades in… and you set your eyes upon the trials that lie before you, from two measly spikes to a fear inducing 2% of unoccupied screen space.

A little too intimidating? Well, that’s the beauty of it all. It doesn’t matter if your platforming skills are good, great or downright awful, the AI is always adapting to your skill level, always providing you with a worthy challenge. Even though the game has a serious lack of character, the developers have delivered what they promised and that, on its own, is a serious achievement.

Imagine an alternate reality version of Mario, where instead of wanting to save the Princess, he is peer-pressured by society to do so. Now, without further ado, meet Bob. He is a lazy (masochistic) platforming hero that feels obliged to rescue a princess that he doesn’t care about. By using a magic orb, the evil King Kobbler is able to create infinite worlds, using them to hinder Bob’s progress. (This also explains the infinite levels). The story ends with an expected twist, leaving players wondering why they ever played through it in the first place.

A - perhaps unconsidered - flaw in the game’,s groundbreaking AI, is its transparency

This is the point where I tell you that Bob is not a hero. He can jump, run and get to the end of a level, but he is definitely not a hero. A – perhaps unconsidered – flaw in the game’s groundbreaking AI, is its transparency. The story serves its purpose of introducing the player to various gameplay elements, but it severely lacks personality, ultimately making it an emotionally void experience.

With its Kickstarter debut, Cloudberry Kingdom was held high atop a pedestal for some time, with some even naming it the next great platformer. After all, the game is based on the premise of an AI that can generate infinite, beatable levels. All from the ground up. Infinite levels, automatic difficulty adjustments, it sounds incredible in theory but how does it hold up? The story mode is shaky at best and may test your patience but the core foundation of Cloudberry Kingdom is extremely solid. The result being, mindless, never-ending platforming that will either cheer you up or drive you insane… 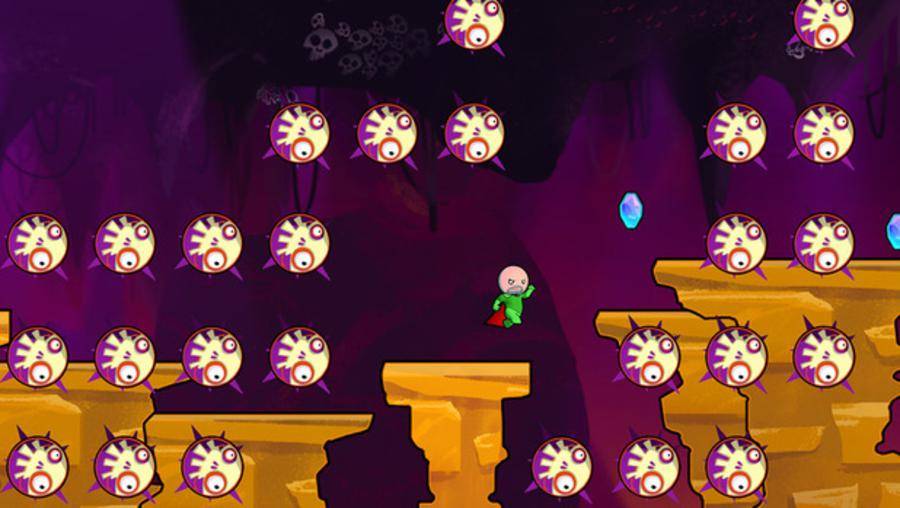 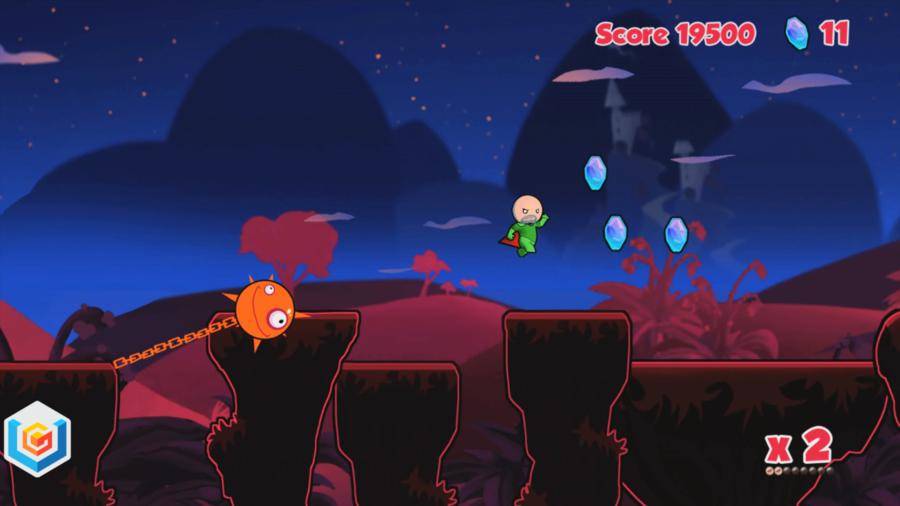 The Arcade is – by far – the superior game mode in Cloudberry Kingdom. It can be easily accessed from the main menu and consists of four slightly different mini-games. Escalation is the first and the most enjoyable out of the bunch. It has you going through levels of increasing difficulty until you run out of lives. In short, collect crystals to gain lives and see how far you can get. Having spent most of my time in this game mode, I can confidently say that that level one might be easy… Level 100, not so much.

I can confidently say that that level one might be easy... Level 100, not so much

The other mini-games are time based, focusing on how long you can last against the clock. The only real difference being that the levels here are usually much smaller and crystals count for extra time, instead of lives. Whichever mode you decide to play, The Arcade makes for some quick, enjoyable platforming that’s never too tiresome. Playing in 2-4 player co-op mode can also be fun but having a friend of equal skill level is truly the cherry on the cake. The levels become a time trial, a race to the end of the level… and the language can get quite colorful. I’ll admit, getting through a level that a friend has been struggling with tends to be quite satisfying.

Finally, as with any other great platformer, power ups are also abundantly present in Cloudberry Kingdom. With jet-packs, wheels, bungees, wings and a plethora of other weird abilities to master, your stay in the oddly named kingdom is not likely to be short.

In game, Cloudberry Kingdom uses a very vibrant color palette that suits it perfectly. On the other hand, the cutscene graphics use some form of cut-up-paper art that is nothing more than a let down. I wasn’t too impressed with the voice work either but it had a certain satirical flair to it that added a little tiny bit of heart to the characters.

The cute but deadly visual approach works incredibly well, luring players into traps or simply leaving them incapacitated by the sheer difficulty. There’s even a trophy for seeing a total of one thousand obstacles. I’ll give you a hint, it’s probably the first trophy you’ll earn…

The music, oh the music. I can’t remember the last time a game filled me up with such a great sense of self-belief and dedication. Although the original soundtrack is only a few songs long, the electronic songs that end up getting used over and over are incredibly uplifting and sometimes that’s exactly what you’ll need to get through a level. I can imagine the soundtrack becoming incredibly annoying at some future point so take all this with a pinch of salt. It’s all a matter of perspective after all.

Too Good To Be True?

Cloudberry Kingdom makes for a decent platformer. Pwnee Studios promised a groundbreaking AI and that’s exactly what they delivered. While they could have significantly touched up the lackluster story, the “platforming above all” essence is there. Platforming fans with a fondness for all cute-looking things should definitely check out the game that will likely be remembered for its extremely punishing and frustrating difficulty!

On top of that, Cloudberry Kingdom will also be available soon on PS Vita. I for one, am very excited. Throughout my whole time with the game I kept on thinking how brilliant it would be on the Vita. Here’s hoping!