Sly fans rejoice! After a whopping 8 year hiatus, Sly Cooper is back and better than ever. From Sanzaru Games, the (extremely capable) studio that brought us the Sly Trilogy, comes a long awaited, all new Sly Cooper adventure that completely captures the charm and wit of the first three games. With gorgeous visuals, an amazing voice acting cast and the witty humour that the series is known for, Sly Cooper: Thieves in Time makes for a love letter to all the fans that have waited quietly and patiently for our favourite furry thief to make his inevitable comeback.

Set directly after the events of the last game, we can see that everything is going quite well for the gang. Sly is faking amnesia to be with Carmelita, Murray is racing with the gang’s van and Bentley is constructing a time machine along with his girlfriend Penelope. Craving the rush of a successful robbery and the emotions that come with it, Sly gives in to temptation and calls the gang in for another planned out heist. 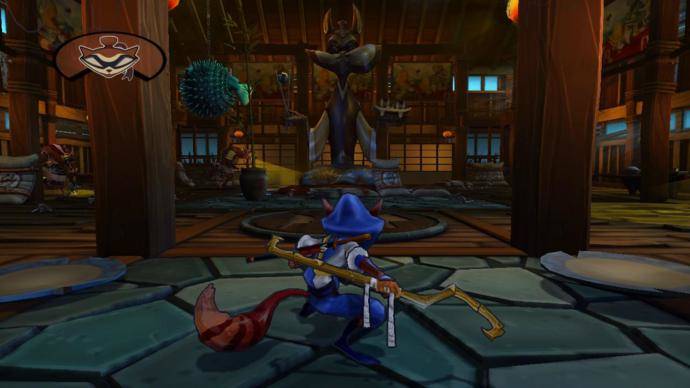 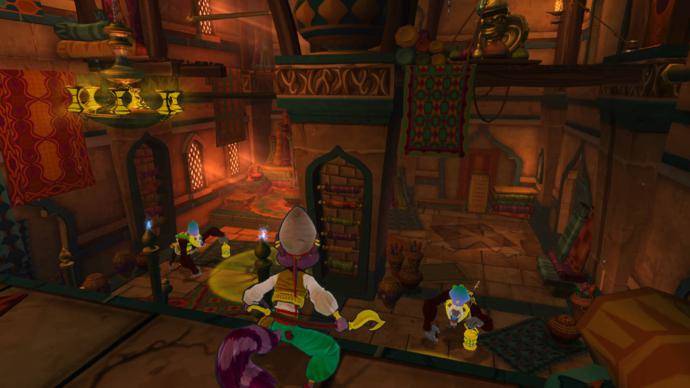 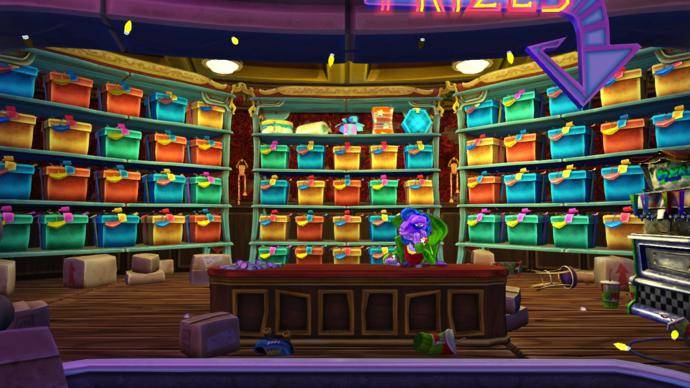 Coincidentally, at the same time, Bentley realizes that the pages of the Thievius Raccoonus are going missing and Cooper history is being erased. Sly and the gang set out on an adventure spanning countless eras across time and space. Sly must search for his known (and unknown) ancestors and gain their trust in order to get back to present day and face the menace that threatens the existence of the Cooper family line.

Sly Cooper: Thieves in Time plays exactly how a Sly game should. Improving on the basic gameplay elements of the first three games and adding a few new tweaks to the formula, Sanzaru games has – for the most part – managed to differentiate from previous Sly titles and give us a fresh (but not necessarily new) outlook on the series.

Being a game focused on heists and thievery, one would assume that the gameplay would be very stealth-based. While this is true for quite a big portion of the game, Thieves in Time has done a decent job changing things up a little and reducing the repetitiveness that all Sly games ultimately suffer from. This is done by adding mini-game missions throughout each episode (in the form of jobs), the use of costumes and the full unrestricted control of all of Sly’s ancestors that we have the pleasure of meeting.

Costumes (vaguely similar to disguises in Sly 3) make their debut in Thieves in Time. Through specific missions in each chapter, Sly will unlock a costume, unique to each era. These costumes range from samurai armor to sabre tooth tiger pelts. Each costume has a set of unique abilities that help in both combat and utility purposes. For example, the Sabre tooth costume allows Sly to pounce over great distances as well as allowing Sly to play dead to avoid enemy detection. The costumes’ abilities will also grant you entry to previously inaccessible locations in each episode. These costumes are an extremely welcome addition to the series and I can’t wait to see how they’ll be implemented in – fingers crossed – future titles.

In addition to costumes, Thieves in Time allows you to take control of Sly’s ancestors and their signature abilities. Prehistoric Cooper for example, will allow you to latch on to the icy walls of the prehistoric era and climb up to unfathomable heights while Kid Cooper has a gun-cane that he’s able to shoot enemies and switches with. Every character is an absolute blast to play as and – being a Cooper – has his own awesome/quirky personality. With 5 playable ancestors, the Cooper gang trio and Carmelita, the roster boasts an incredible total of nine fully playable characters.

Furthermore, each episode’s environment hosts a completely different aesthetic which really affect gameplay but is nice to look at and explore. Having said this, I did experience a few frame rate drops in dense areas, which don’t affect the overall experience but are worth mentioning as they tend to become increasingly aggravating. Exploration will allow for the discovery of various treasures scattered around that you will have to transport back to the hideout in a short amount of time. Treasures can also be obtained by pickpocketing enemies… It wouldn’t be a Sly game without this trademark ability. Sly can once again sneak up behind enemies with a glowing coin pouch and “borrow” coins and treasure. Pick pocketed treasures will be worth a set amount of coins and will be added to your total upon theft.

The infamous ThiefNet is back in full force, containing upgrades for Sly, Bentley and Murray as well as a few upgrades for Carmelita (although she isn’t used much). Upgrades include new stealth attacks for Sly, ammo type upgrades for Bentley and fist-related enhancements for Murray, as well as Charge up attacks for everyone. Usually every job completion means one or two new available abilities on ThiefNet. By the final episode, the trio can be equipped with all sorts of gadgets and abilities, truly making them a force to be reckoned with.

Finally, bottles (which were mysteriously absent in Sly 3) are back! There are thirty to collect in each level, and as fans would know, allow Sly to open a safe that usually contains a special ability. Hideouts have also made a return, with the main additions being different arcades in each episode and a room containing all the treasures you’ve collected. These hideouts act as the main HUB for each episode and are very easy to navigate. (Just select a character and go outside). However, the easy navigation does not make up for the atrocious loading times of the game. Often, you’ll be waiting for over two minutes just to get out of the hideout. Having to wait this long for every job eventually becomes a little painful.

Sly Cooper: Thieves in Time stays true to its roots by upholding the cel shaded look that is so reminiscent of the first three titles. The graphics engine has undergone massive improvements and the level design is much more varied and detailed. At the end of the day, though, it’s the same cartoony visuals that define the Sly franchise, which – in my eyes, at least – is nothing but a good thing!

The soundtrack, composed by Peter McConnell, features over two and a half hours of instrumental genius which is brilliantly spread out over the course of the game. Other than the amazing score, the voice acting is once again spot-on, fully recapturing the essence of the original trilogy. Having now become tradition to Sly Cooper games, Carmelita’s voice actress has once again changed, but does a great job capturing her sassy attitude nonetheless. The rest of the main voice actors remain the same, with Kevin Miller excellently reprising his role as the cunning Sly. Exceptionally written dialogue will surely make you crack up (and sometimes cringe), be it through Sly’s witty sarcasm or “The Murray” continuously talking about himself in the third person.

Sly Cooper: Thieves in Time is a mighty addition to the Sly Cooper franchise. Sanzaru Games Inc. took a great risk releasing such a hallmark franchise this late in the current generation and it has paid off. Even if we consider the game’s few flaws, Sanzaru Games have delivered everything that made the Sly Cooper trilogy so special; Charm, Wit and most of all, heart. With a significantly lower price tag than most games, cross-buy / cross-save compatibility and featuring one of the most iconic characters in the 3D Platforming genre, Sly Cooper: Thieves in Time is well worth your time, your money and your love!