3.5Based on
3 ratings
Login / Register to rate.

To say that gamers were skeptical when The Walking Dead: Survival Instinct was announced would be putting it mildly. With Telltale releasing The Walking Dead adventure game – a game that was focused on hitting all the personal and emotional notes that the comic series is famous for – fans wondered if we needed what appeared to be a run and gun shooter set in the world of AMC’s The Walking Dead TV series. Was it even something we wanted?

Time passed and apart from tiny pieces of information that would appear on this website or that and an underwhelming trailer, almost nothing was revealed about the game. Couple that with the fact that the game was coming out at a reduced price and it isn’t hard to see why many decided to take a wait- and-see approach. So what is The Walking Dead: Survival Instinct all about, and more importantly, is it worth your time?

One thing that The Walking Dead: Survival Instinct is not is pretty. ‘Workmanlike’ is the best word one could use to describe the visuals in the game. While it isn’t as bad as a PS1 or PS2 game (an insult leveled by the more vocal of the forum dwellers on the internet), the developers certainly won’t be winning any awards. Many textures are unrefined, causing them to look blurry or pixelated when viewed too closely. Character models are fairly basic, so don’t expect to meet any characters that are going to stick with you for a long time. The models for Daryl and his brother Merle are decent enough, and you won’t have any trouble identifying them in cut scenes and such, but don’t expect actor integration on the level of something like L.A. Noire by any means. You’ll see a lot of repeated textures and similar buildings in various states of disrepair and you won’t be surprised. 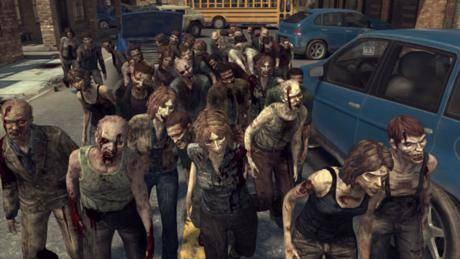 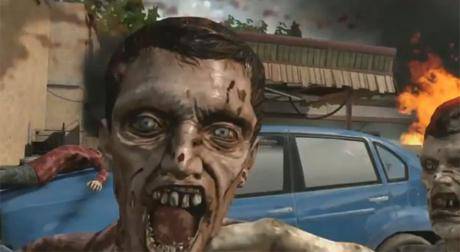 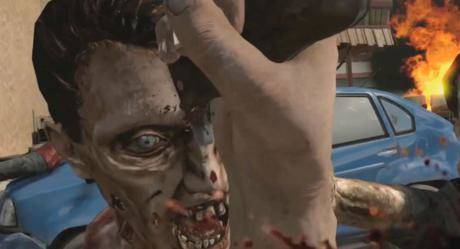 But what about the actual game?’ people keep asking. I was surprised to find that the game is not the ‘run around and shoot some zombies’ game that I expected. Survival Instinct is clearly meant to be a survival horror game. You play as Daryl Dixon, and your goal is to…well, survive, basically. Each level involves exploring an area looking for supplies that you need for your journey. You’ll be looking for distraction items like glass bottles and flares, health replenishing items like MRE’s and ‘Sports Drink’, as well as weapons, ammo, and survivors.

The weapons heavily favor the melee set. If you expected to be running through corridors blasting away at zombies with a wide array of increasingly ridiculous firearms, you’ll likely be disappointed. Survival Instinct stays true to the survival horror genre in that the enemies you face are a real threat. If you get cornered by a handful of walkers, they can and will wear you down and kill you very quickly. Your best choices are to sneak up and eliminate them with a stealth kill or when that isn’t going to work, get the attention of one at a time and lure it away to bash it in the head. You’ll find a variety of different melee weapons you use for said head bashing, each with different swing speeds and amounts of damage done, but melee combat largely boils down to shoving a zombie away from you and smacking it in the head with your weapon of choice. It’s important to note that a zombie will only be damaged by head trauma, which felt important because of how many zombie games leave that crucial detail by the wayside.

When the stealth approach won’t work, or there are too many walkers and no place to run, you might choose to pull out a firearm. You’ll find this a tough choice to be driven to, as ammo is limited and the sound of a gunshot brings scores of walkers out of the woodwork. It isn’t uncommon to pull out a gun to save your bacon and find that the group you have just pulled is far larger than the one you had to contend with in the first place. Firearms should be used to create a space that you can dart through and escape rather than a means to kill everything in sight.

While you scavenge for supplies in various areas, you might also run into some survivors. Usually, they will have a task for you to complete, something along the lines of ‘find me X’ and then they either have something to give you in return or they want to join your ragtag band of survivors.

When a survivor joins your group, they become available for you to send on little missions while you are off sneaking around and stabbing zombies in the brain. You can send them off to find various supplies and ammo, but you’ll have to make sure you give them food to keep them healthy, scavenged weapons to make sure they can defend themselves, and so on. The more survivors you send on a mission, the less risk they face, but they may be hurt or killed in the line of duty. Often you will have too many survivors to fit in your vehicle, so you will have to decide who to bring with you and who to abandon. I was really expecting them to work in some good emotional choices about essentially leaving a person to die, but it’s more like choosing between to values…take the one you prefer and the other is just gone.

The story plays out while you go about your various scavenging missions, and boils down to Daryl and Merle raising hell and trying to survive in a world filled with zombies. You go into a mission, scavenge supplies and maybe save some survivors followed by choosing your route to the next mission, ranging from driving on the highway (using the least amount of fuel but offering the least opportunities for a quick side scavenge mission), driving on the back roads (uses tons of fuel but offers the MOST opportunities for scavenging) or some compromise between the two. And that’s really it. The entire essence of the game boils down to scavenging here and scavenging there, while trying to stay alive long enough to scavenge some more. If you think it sounds like it might get a bit repetitive, you might be right. Some would argue that all games are basically just the same actions performed again and again, but most games try to dress it up a bit. Survival Instinct doesn’t really bother.

Atmosphere is everything in this game. Whether or not you enjoy the game is solely dependent on whether or not you are willing to buy into the fantasy that Terminal Reality have created, and sound is a huge part of that. Fortunately, the minimalist sound design works in favor of the ‘you’re on your own, hiding from zombies’ theme that they were going for. When you are slowly creeping around and you can hear the walkers moving, it’s a tense experience. The music is sparse, but seems appropriate when it plays, in particular the theme song used at the beginning has the game opening just like an episode of the show and was incredibly well done.

Voice work among random survivors is passable enough, but Daryl and Merle come across really well in video game form. Their occasional banter plays out just as you would expect if you are a fan of the show, and both of them give performances that would be right at home on AMC. The scenes that take place between the two characters are the best in the game, but at the end of the day, there isn’t a ton of story to be had here. You just keep on keepin’ on, trading one liners and doing fetch quests for survivors until the game abruptly ends.

The Walking Dead: Survival Instinct is very much a game for this specific time and place. With the third season of the show about to wrap up after spending the last few weeks slowly building to what fans expect to be an epic finale, it’s the perfect time for series fans to want MORE Walking Dead to geek out on. However, the repetitive nature of the experience seems likely to turn off anyone who isn’t a Walking Dead super-fan. If you are willing to overlook the downsides of the experience and really invest yourself in the atmosphere, you can find yourself drawn into the world and enjoying the game. For everyone else, it’s likely best to let this one shamble by.