Over the years the Playstation Network has given us some amazing and interesting titles. Such games like Flower and Journey have given us different , simpler ways to play games and The Unfinished Swan follows that simplistic formula. Just like thatgamecompany, Giant Sparrow has signed a 3 game deal with Sony and they have kicked that deal off in unbelievable fashion. The first thing that came to mind whilst playing The Unfinished Swan was simplicity. Unlike playing games that play out like a triple A Hollywood blockbuster The Unfinished Swan plays out more like one of your childhood story books.

You play as Monroe, a small orphan boy who has tragically lost his mother. All that remains are several unfinished paintings that were left by his mother. Sadly the orphanage would only let Monroe keep one of the paintings. It’s here that the painting chose was The Unfinished Swan and one night Monroe awakens to find that the swan is missing from the picture. This is where the game begins and essentially the magic as well.

If you’ve seen anything about the game then you should know what happens next and if you know nothing about it don’t worry your Playstation is not broken it’s meant to be completely white. This is where the unique gameplay comes in. After a few button presses you start to see the world come to life as you start to throw black paint to help you show the route through this unbelievable world. Each paint throw brings definition and adds life to a seemingly blank world. 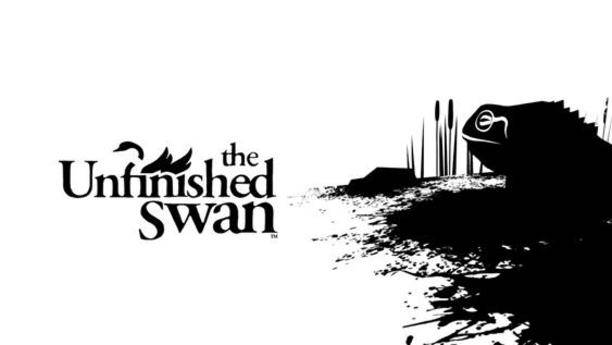 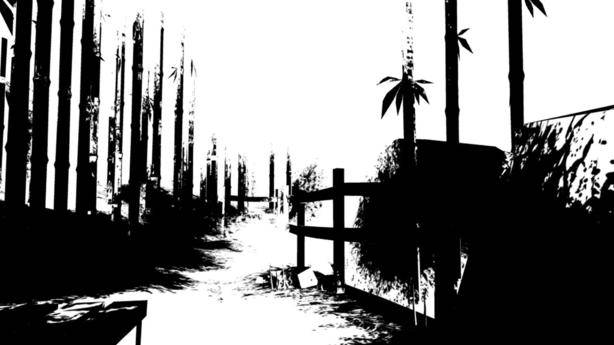 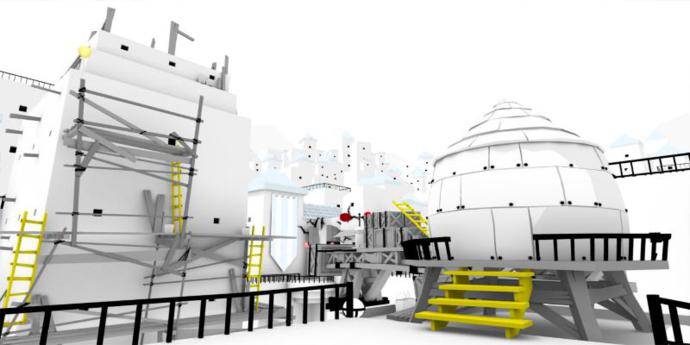 Gameplay really couldn’t be any simpler than that but if you think that sounds like it could get boring quick then don’t worry as the each chapter brings completely new element to the game. These elements range from throwing water to make vines grow which in turn help you progress through the level. So don’t worry too much if throwing black paint is not your thing as it does not happen through the entirety of the game. The levels themselves change massively throughout the course of the game. Buildings become visible without the need for paint, worlds are given more colour and the white seemingly invisible world that you played in the beginning of the game becomes a distant memory by the end of the game.

The game itself is not overly challenging but you’re not here to be challenged your here to learn the story of Monroe. Chasing down the swan is only part of the story as golden letters will appear on walls and a throw of paint will unveil another part of the story.

Graphically it’s not pushing any technical boundaries but what it does do is show you that black and white can turn a game into an amazing looking game. It’s not just the black on white that makes this game look amazing, later levels show off a more colourful pallet and even overlooking the game from one of the high vantage points show a vastness that is just stunning even if it’s built up on different shades of white and grey they have never been done more stunningly than they have in this game.

Sound also plays a role in this game. The music is delicate and charming ,really helps suck you into this wonderful world. Other sounds in the game are just simple noises; sometimes the environments will make the occasional sound as well as Monroe and the swan itself but these all add to the captivating world.

Overall I was amazed, captivated and became fully in love with this game. Along with games like Flower and Journey this truly took my breath away. Simplicity is the name of the game and it does it so well. If I had to mention any negatives i would probably say that for some the game could be seen as too short. The game can be completed within 3 hours. Personally I found that to be long enough but for some I understand that it may be seen as an extremely short game. Also another thing that could put some people off is the price. £9.99 could be seen as a lot for a game that lasts as long as it does but trust me when I say, it’s £9.99 well spent. The Unfinished Swan is a brilliant game and I am looking forward to seeing how Giant Sparrow develop as a games maker and I really can’t wait to see what their next two games have to offer.