Sleeping Dogs was originally going to be the third title in Activision’s True Crime series, a franchise that famously put the Grand Theft Auto formula on its head and put the player in the role of a police officer at a time when open world action driving games were two a penny. Although the original, Streets of LA, was very popular at the time, a lacklustre sequel – New York City – and the high cost of making a Hong Kong-based title caused Activision to cancel in 2011. Square Enix later picked up the game, changed the name and took the risk that Activision didn’t.

Mike Fischer, CEO of Square Enix US, said Activision were crazy for not releasing Sleeping Dogs as True Crime: Hong Kong, and called it fantastic. Without knowing how much work Square Enix had to do to get it into a released game, it’s difficult to comment, but from the quality of what we have in front of us today, it’s difficult not to agree

Undercover police officer Wei Shen returns to his old home hoping to infiltrate his way back into the Sun On Yee, the leading triad group in Hong Kong. The player will guide Wei Shen through the seedy underbelly of China’s most famous city, meeting the people behind the crimes and discovering just how far their influence reaches. 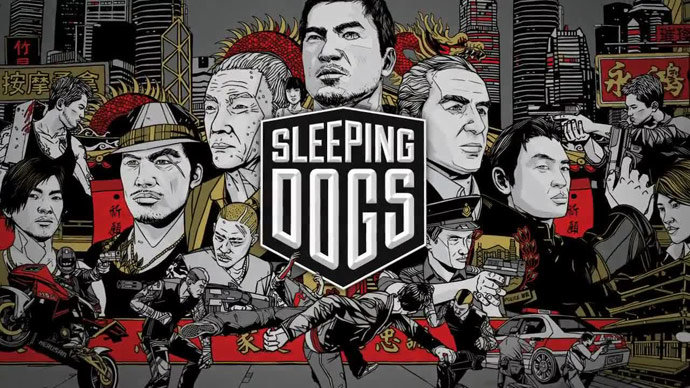 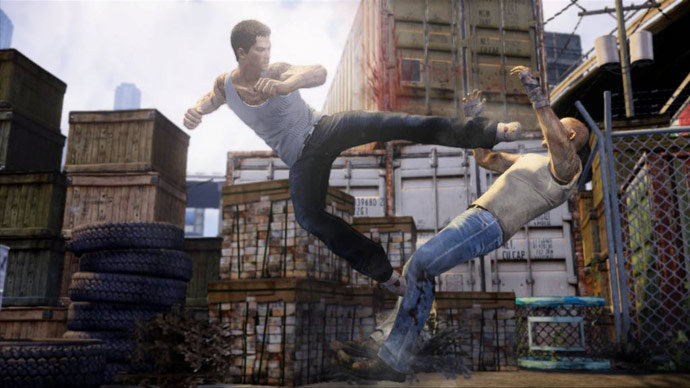 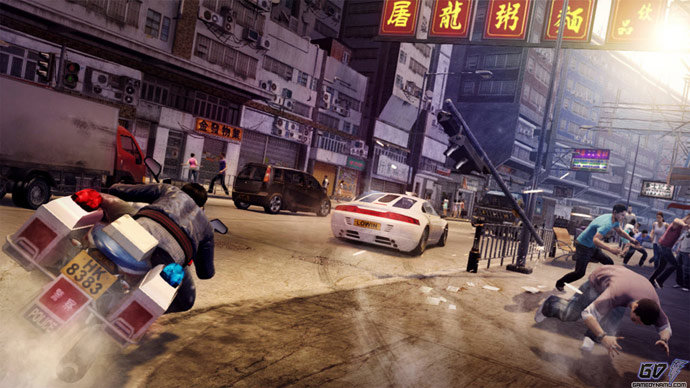 The main story is presented through the use of Grand Theft Auto-style missions, having the player visit a location marker to start the mission and then making them drive, shoot, fight and chase through different locations to reach an objective. Along the way, Wei Shen begins to question the actions of those giving orders and becomes more sympathetic to the Sun On Yee’s way of life.

How far undercover is too undercover? How many crimes will you commit to catch a criminal? These are just some of the questions you’ll ask while playing Sleeping Dogs.

Although Sleeping Dogs borrows heavily from its genre (and most specifically, of course, Grand Theft Auto), it never feels like you’re playing something you’ve played before. The developers have done a great job in giving their own twist on a gameplay style many of us know too well. This is perhaps because of a distinct lack of firearms and because of the nature of the side quests, but it helps that the characters you come across during your play through are all largely very likable.

As mentioned above, the way the game progresses has you performing missions. Missions will take you through all the features of the game (unlocking races, karaoke and more as you play) and then take you through Wei Shen’s rise through the Sun On Yee ranks. This requires you to do things that are increasingly violent and there are moments in the game that will make even the most heavy-stomached gamer flinch. There’s enough variety in the main storyline – which is largely linear – that you won’t find yourself getting bored, but at ‘only’ around ten hours long, it might be a little short for some.

Unlike the gun-heavy games set in the states, Sleeping Dog largely does away with weaponry and instead has the player mastering martial arts. Borrowing from the likes of the Batman Arkham games and Assassin’s Creed, you’ll need to master the counter/attack style to progress with the best scores and to unlock more moves. To upgrade Wei Shen’s abilities, you’ll need to finish the side missions you find around Hong Kong, but you’ll also need to watch your Triad and Cop scores during missions. To get all the Triad abilities you’ll need to use a variety of moves and the Cop abilities will be unlocked for not killing innocents or damaging property. It’s a constant balancing act and an interesting way of unlocking upgrades.

The ‘Cop’ part of the game mostly comes out in the side missions, which have you solving crimes around Hong Kong and busting drug dealers. There are also other missions which increase your ‘Face,’ an indication of how well known you are as a Sun On Yee. Side missions can get repetitive quite quickly – especially things like Karaoke which you’ll likely only complete through once – but there’s an awful lot of them and somebody interested in getting 100% (and the platinum trophy) will have tens of hours of entertainment.

Later in the game you’ll gain access to guns, although you rarely feel you have to use them, especially outside of missions (where the loud noise is likely to get you noticed by the police more easily). The shooting in Sleeping Dogs works well, but there’s the occasional moment where it could be better (like not always being able to shoot between bar fences). The odd mechanics are instantly forgiven when you start using the slow motion options and dodging from cover to cover, both of which are smooth as butter.

Finally, the driving in this game is very nicely done, although the way in which you accumulate cars is less interesting. Cars all seem well balanced and most are a joy to drive. Weaving in and out of traffic, especially with a bike, has never been easier. There are 60 vehicles in Sleeping Dogs and each feels different. Although you can steal cars, you’re encouraged to buy them instead and they can be very, very expensive. It’s possible to bring the price down by unlocking abilities, but very few people will put the time into buying them all. This likely means that, aside from cars you use in missions, you’ll probably settle for a couple of vehicles you like and then not explore any other options.

Sleeping Dogs looks pretty good on PS3, especially when you consider it’s open world. Driving down a busy street, with all the neon signs and colorful buildings you’d expect of a Chinese city, is a pleasure, made more so by how busy areas seem. Textures and character models can be a little dull, but it’s the colour that counts here and this is a game filled with colour and, as important, personality.

Character models generally move very naturally and the way Wei Shen climbs and jumps from building to building seems very lifelike. Some cutscenes give away the secret that everything’s not quite as perfect, graphically, as it could be, but it’s not a constant problem.

The voice acting is fantastic in Sleeping Dogs, bringing characters to life like perhaps no open world game has before. While Grand Theft Auto deals in over-the-top grotesques, Sleeping Dogs delivers real people and does so excellently. This is aided by the voice work of Lucy Liu, Will Yun Lee, Tom Wilkinson and many, many more.

While the characters being more serious is a good move (and quite unique in this genre), the radio stations in Sleeping Dogs seem quite dull. The music itself is fine and there’s guaranteed to be something for everybody, but the DJs don’t come across as especially memorable or even noteworthy. The same could be said for many of the adverts, which just seem to be actual adverts.

Sleeping Dogs is a great game and definitely the title that’ll be keeping genre fans busy until Grand Theft Auto V is released later this year. That doesn’t mean that it’s all fantastic, and the odd crack in the gameplay or in the graphics becomes all the more obvious for being surrounded by so much top content. If you love a decent story, followed by hours of additional content (and some fun sounding DLC): look no further, Sleeping Dogs is the game for you. It’s definitely not for the squeamish though, although the bloodiest moments are few and far between.