If this generation of home consoles has been missing anything in particular, I’d have to say that it was missing outstanding quality Japanese RPGs more than anything else. That isn’t to say that there haven’t been some quality Japanese RPGs floating around on the PS3 and the Wii, but as a whole it has felt like the wonder and excitement of past generations just isn’t there. All of that changed when Ni No Kuni: Wrath of the White Witch was announced and when the concept was explained; it was a Japanese RPG developed by Level-5 with the legendary Studio Ghibli partnering up with them to provide a truly Studio Ghibli-level experience.

I don’t know about you, but I was intrigued as soon as it was announced and the wait for it to come out here in the United States was arduous, at best.

The premise of taking a Japanese RPG, including a real-time battle system and then taking Studio Ghibli animation and storytelling style is just too much to pass up. No doubt that this is still an epic quest for our plucky, 13-year old protagonist, Oliver, as well as his companion, Drippy, but it has those Studio Ghibli touches that including that feeling of wonder and magic that can only come from a child’s imagination. In a sub-genre of game that tends to rely heavily on someone young being called up to become a hero outside of their comfort zone and save the world, Ni No Kuni served as a breath of fresh air.

Oliver will remind you a lot of many other Studio Ghibli protagonists in that Oliver lives a rather normal life until he is whisked away into a fantasy world where his goodness can shine through and help deliver this fantasy world from evil and help him with his own problems. His problem is the untimely death of his mother when he is presented with a chance of somehow bringing her back and of course the grieving child has no choice but to do just that. What unfolds is a great journey with some moderately forgettable characters and okay dialogue that just has a great story to back it up enough to not upset you or deter you from playing it. 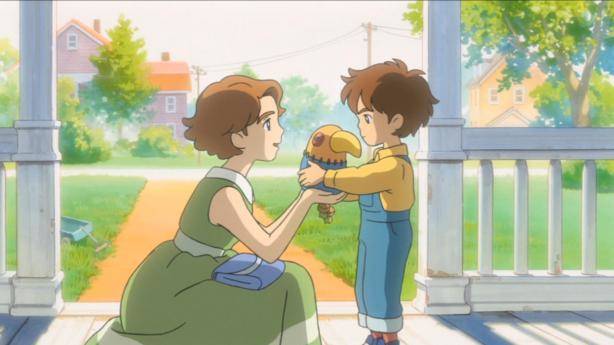 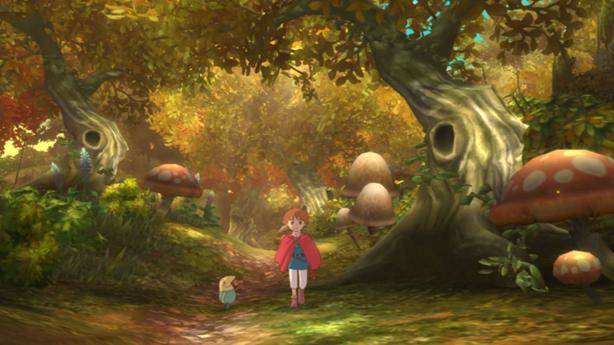 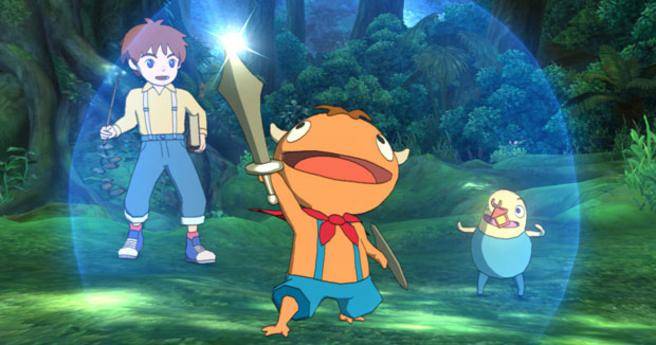 Ni No Kuni: Wrath of the White Witch is in a way your typical Japanese RPG. You have your character, you have your HP and your companions that go with you and you must select who will be helpful in battle. You have dungeons, sidequests and an overworld to travel along with somewhat random battle encounters. What really shines through in Ni No Kuni is the battle system that is in place throughout the game. It begins cumbersome enough and until you get the hang of it, it can be rather frustrating as it is a real-time battle system unlike most others. Once you trigger a battle you are right in the thick of things, you choose if you want to use a familiar a spell, attack, item or defend. Familiars are little creatures much in the vein of Pokemon that you can summon and have fight for you.

Much of the battles you’ll find yourself casting spells or attacking, waiting for the timer to fill back up or your MP to go back up. That being said, the ability to freely move around the battlefield is a truly great addition and a lot of the times you’ll find yourself flanking enemies to protect yourself and do more damage. When you have a few companions with you there are options and orders that you can give to them as well, a lot of which doesn’t open up until later on in the game, but when it does, it really gets to be a joy to play around in the battle system.

The battles end up to be pretty fun, albeit a bit simple at times in the early portion of the game, but it keeps you interested and wanting to move ahead. The side quests kind of are what they are, which means that you’ll enjoy them at first and then find yourself just looking to do more to level yourself up. I mean, you didn’t expect to go into a Japanese RPG without some form of grinding going on, did you? Shame if you did, although I didn’t particularly find it to be that arduous or painful to grind through this game.

This is really the shining, boldfaced part of this game that everyone will gush over. Imagine watching a Studio Ghibli animated feature film, but having the ability to control it. That is what you are in for with Ni No Kuni. Some of the game features beautiful, hand-drawn animations that you’d expect from Studio Ghibli, while other parts of the game feature the in-game engine to let the action unfold. The game itself really is beautiful thanks to the backdrops and the characters. You might not find yourself lost in the game as if it was just an animated film like you may wish, but I’m not sure that any game is capable of really doing that at this point.

There is a lot of great attention to detail in the main characters right down to the animations for their every movement. You’ll find yourself using the rather useless-yet-beautiful jump power up that you can assign for Oliver sometimes just to watch him jump around. The on screen menus are inoffensive and everything is laid out in a fairly simple manner so you won’t find yourself too lost during battles, although sometimes you are scrolling for what seems like forever through spells.

The music in the game is what you’d want it to be be; beautiful, touching, frantic at times and sits in the background to set the pace for the adventure. The game is surprisingly a bit light on voice over work considering that it is Studio Ghibli and all and there are a few things you’ll get tired of hearing (neato, anyone?) by the time you’ve gotten deep into the game, but nothing is grating, really.

I want more and I want it as soon as possible. I had given up on having this kind of experience from a more mainstream Japanese RPG until Ni No Kuni came along. It feels like Ni No Kuni is a return to form that we saw over the span of the last few generations of consoles in Japanese RPGs. The battle system is a breath of fresh air and the overall look and feel of the game is nothing short of magical. This is definitely one of those games that you need to buy without question.