I cautiously approach the gently glowing corpse, casting around for Splicers or other threats. The Little Sister on my shoulder squeals delightedly: “Look Daddy, it’s an angel!” Before we can gather any ADAM, I set up a perimeter of trap rivets and mini turrets, and make sure my speargun and drill are both fully loaded, as well as making sure I have the right plasmid equipped. When everything is set up, I carefully set the Little Sister down and prepare for the onslaught.

Welcome to Bioshock 2, the return to Rapture many desperately craved after the original Bioshock made shockwaves in the genre; smart, imaginative, and genuinely engrossing, it’s no surprise the original is one of the most highly regarded games of this generation. While Bioshock 2 may not be developed by Irrational Games and may not be the next true entry in the Bioshock genre (you’ll have to wait until Bioshock Infinite for that) it is still a fantastic game and bound to whet the appetites of rabid Rapture fans.

8 years after the events of the first game we return to the underwater metropolis, and it is just as chaotic, just as broken, yet just as beautiful, too. It is such an insane yet completely believable place; somehow a character in its own right, the city stands as a masterpiece in story and environment design. Rapture is still incredible, though in Bioshock 2 something that may count against it is the fact that players have already explored the city in the previous game. Most of the wonder and intrigue in the first game came from experiencing the city for the first time, and obviously that isn’t the case in Bioshock 2. It’s not really a fair criticism to make, given that the only reason I’m making it is due to the sheer genius of the original, but nevertheless players may find that Rapture doesn’t feel quite as mysterious the second time around. 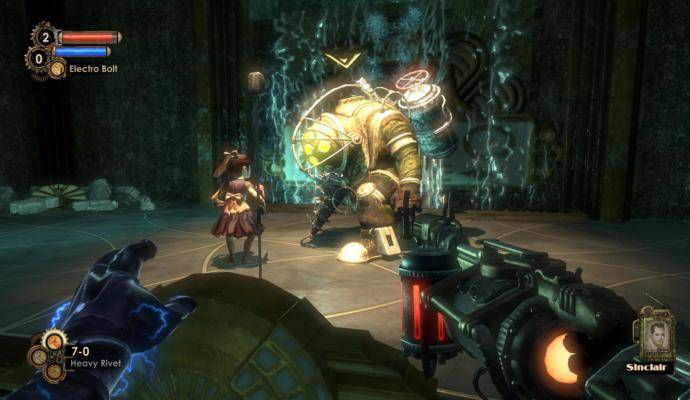 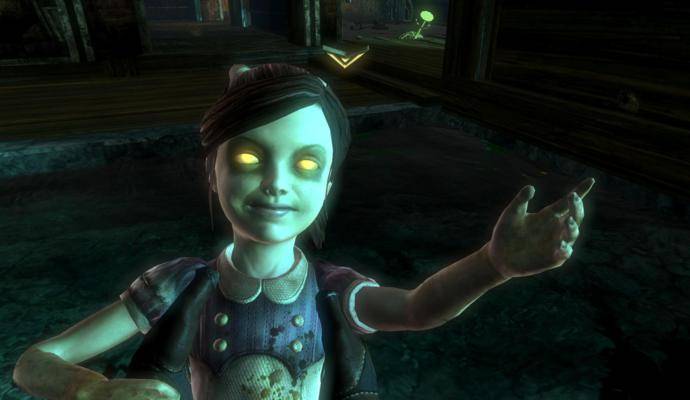 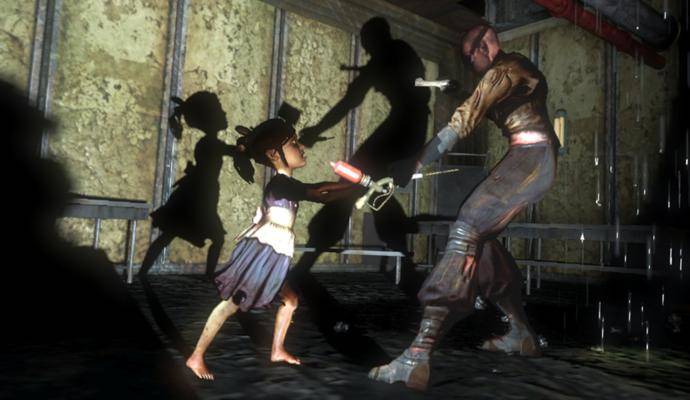 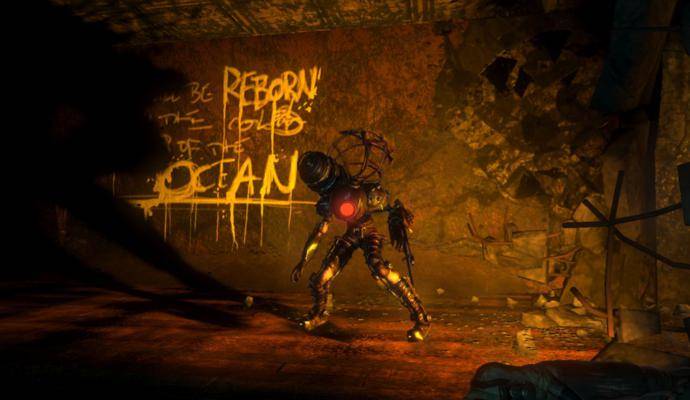 This time around, the player wakes up as Subject Delta (one of the prototype Big Daddies) with no recollection of the past 10 years and searching desperately for the Little Sister he was paired with. It is a unique setup and one that many feared wouldn’t work, but the hulking metal beast feels suitably powerful; spearing Splicers on the end of the drill arm has a kind of morbid joy to it, and other guns such as the rivet gun and shotgun are chunky and satisfying to use. It is not without setbacks, however: the Big Daddy is quite slow and difficult to manoeuvre, and this encapsulates one of the biggest changes in Bioshock 2. Fighting in the game is much more strategic than in the first installment and requires much more planning – in this way the game has become more of a survival horror/shooter than anything else, and tactical weapon selection and sparing medkit use are the order of the day. While the game still feels like a Bioshock game, don’t expect to dive headfirst into some of the Big Sister battles without a plan and come out alive, particularly in the latter section of the game; even the normal splicers can prove tricky in groups. Plasmids also return, and now feature a kind of level-up feature – for example, purchasing Electro Bolt 2 powers up the strength of the original Electro Bolt and keeps it relevant during the game’s later sections. Plasmids remain as useful and satisfying to use as in the first game, and the combination of plasmids and standard weaponry is crucial to surviving the hordes of enemies.

Speaking of enemies, there are several new types which make an appearance in Bioshock 2 – the terrifying Spider Splicers, with their elongated limbs and strangely twisted faces, would look more at home aboard the USG Ishimura. The aforementioned Big Sisters are particularly worthy of mention, too; providing some real moments of terror as you first hear that deathly screech and start frantically trying to prepare for the ensuing battle. They are a real asset and worthy addition to the game, and signify the darker tone Rapture has taken in the 8 years since Jack set foot in the city. Choosing to save or harvest Little Sisters also makes a return to the game, and with it the moral implications that made the choices the first time round so difficult – only this time, the need for ADAM is greater given the increased combat difficulty, so the choice carries that much more weight.

The story is still mainly conveyed via audio tapes found throughout the game, with occasional (though always sealed off) meetings with story characters. The tapes provide a great deal of backstory, and delve into the origins of Subject Delta, the whereabouts and identity of his Little Sister, and the rise of antagonist Sofia Lamb. While there perhaps aren’t any story twists quite in the league of the “would you kindly” moment in the original game, the narrative is still an entertaining 12-15 hour ride through Rapture and will provide fans with a very good excuse to re-immerse themselves in the canon.

Rapture is one of the most memorable settings for a game in recent memory, and the crumbling underwater metropolis is still stunning, and in parts almost as breathtaking as that first submarine ride down into the depths of the ocean in the first game. The faded brass facades and crumbling statues provide so much depth and credence to the game world that the characters and events feel totally believable, and in a way almost natural. This time around, being a Big Daddy and all, you are able to venture outside the city’s protective walls and explore the sea bed surrounding & connecting the districts of Rapture. Being able to walk outside the walls is fun, though perhaps a little muted – the sections are virtually the same, though the dilapidated city skyline in the background always provides some great eye candy should your gaze wander.

The only real criticism about the graphics and setting I can think of is that it doesn’t quite blow you away as much as it did in the first game. It hardly feels fair to dock points from a game simply because its predecessor was so mind-blowing, but that sense of discovery that made exploring Rapture so addictive and wondrous the first time round definitely feels a little diminished in Bioshock 2.

The score and soundtrack has also taken a darker tone, matching the overall mood of the game compared to the first. Tense moments are made even more so by scratchy violins and string section swells, and views of the city are accompanied by melancholic melody lines gently flowing & ebbing away. It is a fantastic score and doesn’t fail the rest of the game, and the voice acting is top notch to boot. In particular I personally love Augustus Sinclair’s snappy city-slick chatter, and his phrases and lines feel like they’ve come right out of the 20’s. All in all, the audio does its job extremely well and there is little to criticise of the aural accompaniment of your journey through the crumbling city.

Many will be delighted to dive back into the Bioshock universe, and 2K Marin have done a stellar job of continuing the original game’s feel and atmosphere through into a second game while also being unafraid to tinker with the formula. It may not leave quite the impression on players that the first game did, and the story may not quite reach the level of the original, but Bioshock 2 remains a thoroughly enjoyable ride through Rapture’s now notably darker depths.